At the Crossroads: Confessions of a Christian Hippie. 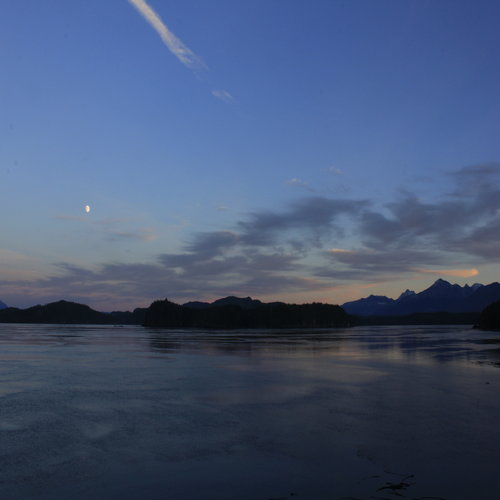 I believe the world has been around for billions of years.

I believe Jesus Christ died for me.

I believe the world’s climate is changing.

I believe in heaven and the rapture.

I am liberal. I am Christian. I am an outlier.

For the first two decades of my life, I dedicated very little brain power to the deep, philosophical questions of the universe—my world revolved around basketball and little else. I was a “model Christian” because that’s what I had been raised to be, but didn’t think much about the why or the how. I liked my church and met most of my friends there. Our youth group did week long scavenger hunts every spring break in a shameless knock off of the Amazing Race, we played music, painted houses in low income neighbourhoods and I loved every minute of it.

But as I reached my twenties my priorities and passions began to shift. I started spending more time outdoors, especially after my ill advised attempt to play college basketball. I began to adore and marvel at the peaceful beauty of a silent forest, the panorama from a mountains summit, and the breath of a whale from the seat of my kayak.

As my love of nature grew so did my desire to protect and conserve it.

Growing up in Alaska the natural beauty of the world was always around me but it was also under attack—from offshore drilling, clear cutting, mining development, and Sarah Palin. For the first time I began to closely follow the news, politics and the world outside my own narcissistic bubble. I read and watched politicians that claimed the same faith as me and found that we could agree on nothing—everything had to be extracted, developed, and manipulated—all in the name of progress.

They voted for predator control, gave tax breaks to oil companies, and admonished the notion that anthropogenic changes to the world were possible. One such man claimed with a straight face that humans could never possibly destroy what God had made—surely the good Lord would never allow that to happen.

I’d go to church and hear pastors rail against homosexuality, condemning an entire subset of the population to hell, then step back and lead the congregation in a song about the endless depth of God’s love. “Love one another,” he’d remind us at the end of the service. The hypocrisy burning like bile in my throat. Leaving the sanctuary, I’d invariably have more questions and doubts than I’d had two hours previous.

My spirit and conscious grew unsettled. Did I really have to believe these things to get to heaven?

I was in New Zealand when President Obama was elected to a second term and watched in shock as my Facebook feed was inundated with hate. Grown men and women, adults I had looked up to and admired spewed venom, hoping that our commander and chief would run into nothing but trouble and hardships over the next four years. I recall a pastor leading us in prayer for our leaders so they would be of sound mind and judgement as they led the country in the mid 2000s. Somehow I doubted that would be happening on Sunday.

I stopped praying, I stopped putting on the one collared shirt I owned every Sunday. My bible collected dust. I wanted nothing to do with a faith that was starting to feel like a religious clubhouse.

One day I found an article about a pastor from a church I had attended when I was very young. Several years ago his son had come out that he was gay, and was now getting married to his boyfriend in Washington state. As the same sex marriage debate raged, a local TV station put a camera in his father’s face, asking him, as a Christian, as a man of God, what he thought of his son’s marriage and life choice. He responded with words that I never expected to hear from another Christian, “Jesus said nothing about homosexuality in the gospels, what was always stressed was love and acceptance. My feelings for my son mirror those. It was just a shame they couldn’t get married in Alaska.”

I began to examine my faith differently.

I filtered out the principles that had flooded the church that I could not morally agree to.

I stopped wondering how a pastor, a youth leader, or old friends would perceive my walk. The easy answer would have been to simply walk away, an option that had never appealed to me. Instead my focus shifted to controlling only what I could control—my personal relationship with Jesus. I could abide by what he had said, with my religious walk focused solely on what he had taught.

Though I continue to distance myself from the church, I now find the same spiritual upheaval in other places. I started practicing yoga unconcerned with whether it’s christian or not. Walks through the woods or days spent kayaking substituted as a sort of meditative experience, glorifying the natural world—this, I discovered, was my church. This was how I worshipped. Not hymns, prayers, or services.

I had found a way to keep both my faith and the principals that for one reason or another, seemed to go against the majority of christian popular opinion.

One of God’s first commands to Adam and Eve in Eden were to look after his creation and the animals—a command that I have taken up with gusto and enthusiasm, spending my life trying to protect wilderness reserves and the creatures of the earth.

I can’t imagine the courage and faith it must have taken for that pastor to stand in front of the camera and declare the things he did, knowing the potential backlash and scrutiny his church could fall under. But if he can do it, certainly the rest of us can follow his example and simply love our fellow man regardless of orientation.

It has been a long and confusing road to arrive to this simple answer—to love people and the earth, reveling in the best of both worlds. 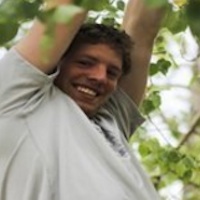