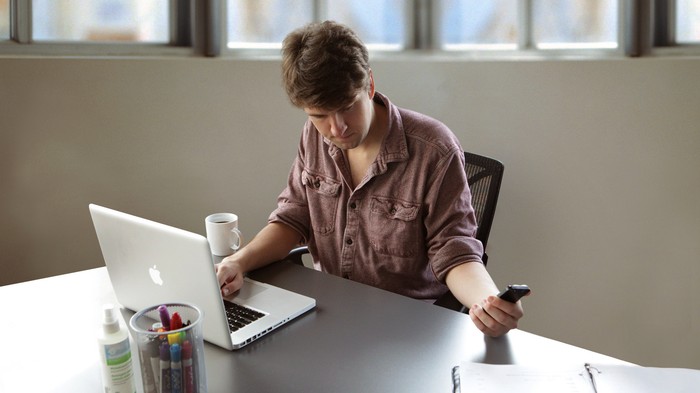 And I don’t just mean he liked to check out a site before bed a few times a week.

I’m talking someone who would watch anything and everything not just once, twice, but numerous times a day whenever he got the chance, day after day, week after week.

I would literally walk into a room and the laptop, phone or any device with an Internet connection or disk drive would be tilted, obscured or turned from my view.

Naively at first, I turned a blind eye and presumed that he must have been busy working on something private and important and it was just a natural reflex reaction.

Although I thought it odd that he was spending a vast amount of time in the spare room, bathroom or alone in the bedroom, I just thought he needed his space.

It was only after waking in the middle of the night to fetch a drink from the kitchen that I caught my partner in the act while fully engrossed in whatever was happening on the screen that the whole story and the full extent of what had been going on came tumbling out.

I immediately turned the blame on myself. I was not good enough. I was not like the women in these movies, I did not look like them, talk like them or behave like them. I wasn’t enough.

I compared myself as very average and very bland, while these women were touched up and perfected in ways to elicit the strongest possible sexual reaction from the viewers.

My second thought was, not only was my appearance not sexual enough for my partner, I obviously wasn’t very good in bed either. Why else would he feel the need to look elsewhere?

So, because of that, I excused this behaviour, although, inside I was outraged.

There was a lot more psychology to it than just that. He even admitted that if he came face to face with any of these women, he’d have been so scared and intimidated by them it wouldn’t have been a turn on for him at all.

So, what was the problem if it wasn’t me?

The addiction was the problem.

It had just started out as a casual look and then bit-by-bit became more frequent.

Then, routine clicked in and it became a habit.

Then there was the thrill of the highs, the excitement and the hormones and chemicals flooding the mind and body.

So really, it had absolutely nothing to do with me at all and I was foolish in thinking that everything revolved around me. And I should never have tried to take on all of the responsibility for it.

Of course I was hurt. Deeply. Sex and sexual acts are ways to encourage a deeper loving relationship and when one person is the only one involved, what chance does the relationship have?

The desire was non-existent.

It didn’t matter what I tried, nothing made any difference.

We talked, we fought, we cried, we reasoned, we looked for solutions, we fought some more.

And I became insecure.

And all of the tension that now surrounded sex turned it from something enjoyable, to something extremely stressful.

Our sex life diminished completely and it quickly escalated to the stage that there was no desire on either part to work to fix that.

As my insecurity grew, I lost all sense of calm. I could not see things clearly and could not reason.

I felt as though in a way, I was being cheated on. Although it wasn’t physical, some other woman was taking all the pleasure that I should have been receiving. I was missing out on a very important part of our relationship.

I would check up and question and worry every time I left the house. Of course there were lies and denials and a whole host of horrible emotions thrown around.

I was upset and frustrated and I thought I could fix things.

But my insecurity turned to mistrust and my mistrust turned to resentment.

I wanted it to stop and I wanted an immediate solution.

This was all many years ago and I look back now and realise how differently I would have handled things today.

First and foremost I would take myself out of the equation. It is not my fault and neither is it something I can fix.

And the second thing I would communicate calmly to find ways to fix the addiction, research, read books and possibly seek outside professional help. Together, or separately, whatever we would agree would work for the best.

The most important thing I have learned over the years is that I am not capable of “fixing” someone else. If someone that I am in a relationship with has an issue or problem that is outside what I can handle, no amount of squabbling, control, pleading or demanding is going to help.

It is up to the person to first of all recognise there is a problem and then when they are ready, they need to be the one to take the steps to fix things.

My only responsibility is to keep my boundaries firm, be supportive if that is my chosen path and to never allow any part of another person’s behaviour to inflict my behaviour, my self-esteem and most of all my self-worth.