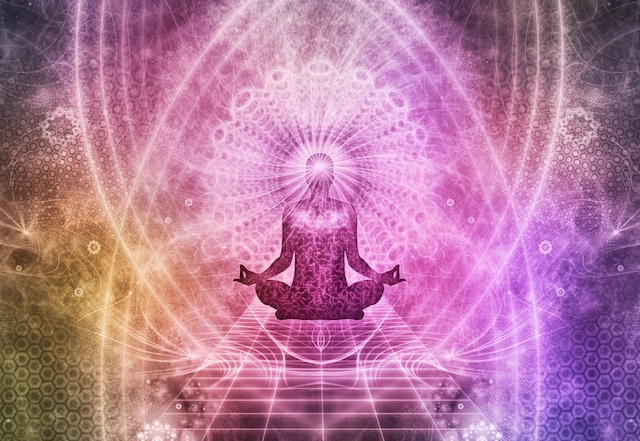 I mean I really, truly, freaked out. Not the first time in my life. Beginning around adolescence, I started suffering from cyclical bouts of intense Depression. Back then that word wasn’t bandied about the way it is now. It certainly wasn’t mentioned in the home in which I grew up. Nor was anxiety or self-medication or alcoholism. Definitely not PTSD. But I know now, because of a growing body of research explaining these things, that for the vast majority of my life, I suffered all of these ailments of body and mind.

I can’t make an accurate diagram indicating how much of my mind has been eaten up by the anxiety vs. the Depression, the PTSD vs. the addiction issues. I can say that all of them are interrelated, that they had a hell of a party inside my mind for decades, egging each other on, double daring each other to see which would be the one to finally take me down.

I used to try to find a cure in the bottle. And that worked really well for me. Just about every night I would throw back a bunch of booze and, somewhere between the third and fourth drink, I would find this beautiful mental sweet spot; the anxiety would melt away, I could be still, and the pains past and present that had been screaming at me would just shut the hell up. This felt so good. And it lasted for a solid twenty minutes. Then I’d be drunk. Then hungover the next day. Hangovers are feasts for mental demons and they’d all rush to the table and devour me some more, amplify the voices of self-doubt, self-hatred, fear, worry, and all of the other ninety billion variations of darkness I could conjure.

Eventually, thankfully, I put down the bottle. That was a good start. But getting sober was not, it turned out, enough to keep me from succumbing to ongoing stretches of Depression, which still swept over me unbidden and left me reeling. Not as often and not usually as bad. But the thing about Depression is, when you’re in it, you hardly have an interest in consoling yourself with the thought: Say, I only feel 87% like utter hell instead of 110%, the way I used to feel when I was depressed and drunk!

In December 2012, my mind went haywire yet again. But despite feeling like dying seemed far less complicated than living, I understood I did not want to kill myself. Nor did I want to relapse and drown my pain in alcohol. Best of all, I understood that, despite being so exhausted I could barely summon the energy to take a leak, I absolutely had to investigate a cure. A real, true, once-and-for-all healing of my mind.

I’d flirted with anti-depressants several times in the nineties, to no avail. I did know about meditation and in fact had been meditating off an on for a dozen years. But now I wanted to see if I could commit to a serious, daily practice in the hopes of banishing Depression forever. A tall order, yes. But I was so sick of being felled regularly by my own mind. Also, a growing body of neuroscientific studies was quantifying astonishing results experienced by meditators. Not that I actually, in my condition, gave much of a rat’s ass about these studies. But the buzz was out there: Meditate. It’s damn good for you. And so I applied mindful breathing to my life in a very dedicated way.

It’s been more than two years since I started that experiment. I have not missed a single day. And I’m going to tell you right now, still in half-disbelief myself: meditation worked. I don’t mean I feel a little better. I mean the Depression is gone. Completely. I still have very hard days, yes. But when issues come up, real or imagined (or a combination of both), meditation provides an awareness that helps me sort through it all, stay steady on, and understand deeply what is going on.

You know those Magic 8 Balls that you ask a question, then shake and a white triangle appears offering variations of YES, NO, and UNCLEAR? Pretend your mind is the 8 Ball. Now pretend your question has to deal with something truly getting to you: personal failures, relationship problems, guilt, regret, addiction. Meditation is like shaking the 8 Ball – except completely different because once you’ve practiced for awhile, you’re always getting a clear answer and never getting some vague suggestion to ask again later.

Through regular practice, I learned how to meditate under all sorts of circumstances, not just home alone on my cushion. One of my favorite examples of this occurred when I was invited to participate in an event called 60-In-Sixty to support Fusebox Festival, a renowned fringe theater extravaganza in Austin. Sixty performers each get one minute to do whatever they wish. I decided I’d use my slot to meditate and have the rowdy, packed house join me. I kept my expectations very low, unsure if my plan would work.

Adding to my challenge was the guy who went on immediately prior to me who sang about dreaming of singing in front of people naked. Which yes, he sang naked, his little man meat flapping in the breeze. There was a collective groan and recoil among the crowd. He shuffled off the stage after the longest minute in history and it was my turn.

I dropped to my cushion, got into half-lotus, and willed myself into mindful breathing.  To my astonishment, the entire room fell into an immediate dead silence. Everyone breathed with me. Everyone held the space. I could hear my heart bashing against my ribs. I kept breathing. They kept breathing. It was also a very long minute, but a very good one that drove home a big point. My year of meditating with intent had paid off. I could still myself, and even others, in that crazy, noisy space.

The metaphor is almost too easy, but I’ll take it: My whole life there was a crowd of voices in my mind. Sometimes they still show up. Always, I sit down on my cushion. I breathe. The voices stop. The silence is beautiful. 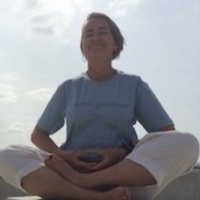