Lose Habits, Not Weight: Seven Reasons to do a Cleanse. 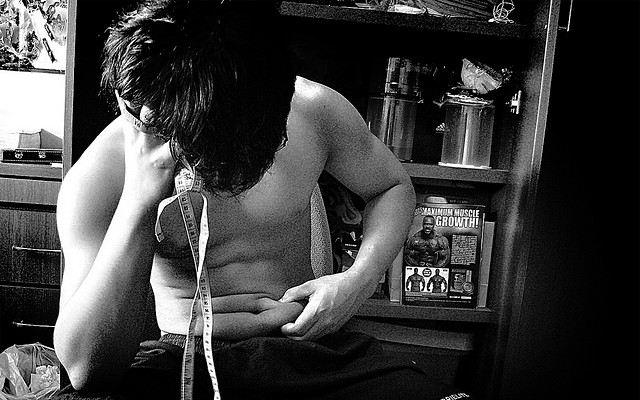 You might have seen more of me this year. As in, more of me.

Yup, like almost everyone else, I gained a few pounds this holiday season, and like unwanted guests, they have been freeloading and hanging around since December.

My trouble actually started before the holiday season when I did a cleanse. It seemed like such a good idea at the time as there are certain things every yogi must do, including a cleanse, a retreat to Costa Rica and a webinar. I thought I might clean up bad habits, become more yogic and perhaps even lose a few pounds.

There are some good reasons to do a cleanse, however losing long term weight is perhaps not one of them. In my experience, and in the opinion of most medical professionals, rapid weight loss usually doesn’t last.

In my case, all my lost pounds found their way home, and they brought a few friends with them. Thank God I didn’t buy new jeans during my week of uber-thinness because now I am a size I have not seen since I gave birth.

However, there are some excellent reasons to do a cleanse, so if you are considering one, read on.

When I was young, cleanses used to be called ‘diets. ’ I tried the pizza ‘cleanse’ and the grapefruit ‘cleanse,’ but truthfully, neither did much except give me heartburn.

The cleanse I chose last year was fantastic as it was about consciousness as much as food. It made me aware of what the heck I’d been eating, and for the first time in my life I woke up about food.

Seven Reasons to Try a Cleanse

Pre-cleanse, I ate food. Post-cleanse, I analyze food. In fact, I’m so aware, that I can no longer enjoy an M&M. Now I think, “How will that make me feel? Will it support my immune system? Will it help me thrive? Will it spike my blood sugar?” I guess that’s a good thing, but come on, it’s just an itty bitty M&M.

We cannot learn this lesson enough. You are in charge of you. If something does not seem right for your body, then don’t do it. And if it seems like it’s not life supporting to live on juice, then don’t do it.

Sugar is worse than cocaine. (Don’t ask how I know.) Detoxing from sugar was very hard, and caffeine was even worse. I will definitely think twice before I eat these substances again.

My cleanse involved massive amounts of cooking and food preparation just for me, something I had not done since I had children. I spend most of my time cooking for everyone else. Now I ask, what do I want for dinner? I learned that I am worth my time and energy.

I love carbs, but the cleanse I chose did not allow mixing grains with protein, so I basically went two weeks without grains. And you know, I felt better. Grains and I have had a conscious uncoupling, although every now and then we hook up casually.

As Michael Pollan said, “Eat food. Not that much. Mostly plants.” It if comes in a package, I generally don’t eat it, unless it is chocolate. I make all kinds of exceptions for chocolate.

I thought my joints ached because of gluten. It turns out that it was soy. So those nights of sushi before skiing was what left me crippled on the slopes. A cleanse can clean your body so you can find out what foods don’t agree with you.

Now that it’s the start of a new year, you might be considering a cleanse. Do it if you want self-knowledge, but please don’t do it to lose weight. What goes down will probably come up, or in other words, rapid weight loss might mess with your metabolism.

I am still providing room and board for some extra pounds and I might have to buy new jeans after all.