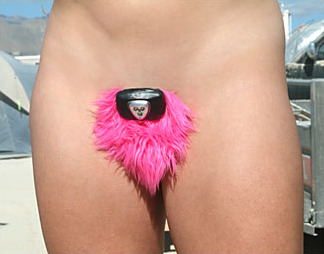 “My thorn today is pubic oppression.”

That’s Jennifer, my colleague—technically, my boss: Dr. Jennifer Freed, psychologist and co-founder and co-executive director of a non-profit called AHA!, which works with teenagers to teach non-school stuff like empathy, social conscience, and emotional intelligence.

We’re at staff meeting, about 20 of us packed into a small room in a circle. This is our check-in, where we share a “thorn” and a “rose.”

Jen explains herself. Evidently, she had recently heard a group of girls representing every economic and ethnic background say things like:

“Hair down there is dirty and disgusting.”

“No one wants to see that ugly thing.”

“I can’t stand the sight of my hairy beast.”

Now, I’m listening to this, and I think it’s kind of funny. Beneath the double layer of my jeans and my panties lies a neatly trimmed and almost completely shaven bush. I’ve kept it that way for years, and I’m imagining that at least some of my fellow female staff members are in the same boat.

My rationale? It feels cleaner. And it’s nicer for intimate relations. Simple.

Jen is pissed, though. We talk about it some more later on.

“We have become a nation terrified of our bodies as they are naturally made,” she fumes.

I tell her about my bare-down-there state. I tell her about my friend who had had her 13-year-old daughter’s pubic hair permanently lasered off to match her own, which at the time I heard about it sounded like a nice gesture to me.

Saved from the rituals, expense and barbarism of waxing and shaving for life? Thanks, Mom.

“I’m not too worried about empowered you designing your pubes,” Jen tells me. “It’s the entire propaganda I am enraged by. Do you want your daughter graded on her bush? Is it really innocuous when a hairless genital area becomes a social mandate—a requirement conferred even on young girls who wish to be seen as attractive?”

If a teen girl shows up with a nice full bush in the showers at the locker room, she will be judged or teased. If she disrobes in front of a prospective sexual partner, she will risk being judged (evidently, the male aesthetic has shifted to prefer bare pubes, too—no wonder, as it streams out to adults, teens, and unsupervised children through the massive Internet porn industry) if she chooses not to maintain the visible parts of her erogenous zones in a pre-pubescent state. So: pubic shaving and waxing, both potentially painful, time-consuming, and/or expensive, have become necessary aspects of fitting into the current aesthetic, even for young teen girls.

Jen, who openly admits to loving her own bush without reservation e-mails me later that day:

Shaving and waxing pubic hair actually leads to more infection and sexually transmitted diseases due to micro-cuts and abrasions on this sensitive skin. Evolution makes no mistakes in terms of design for adaptability. Pubic hair is there to protect against bacteria and disease. It provides a cushion against the irritation of genital rubbing during intercourse and is the carrier of our signature pheromones. Add to this the fact that waxing feels tortuous and is expensive. If women choose shaving instead, they devote money and time to keeping this area clean-shaven. Is this really just a small price to pay?

What teen girl could go to a public high school with unshaven legs and armpits and not get made fun of? When it comes to pubic hair, this does seem more sinister, however. It decorates the most private parts of a girl’s body—the parts that, God willing and good partners/self-pleasuring provided, will bring her some of her greatest physical joys, once she’s ready for that.

And there is now an aesthetic mandate about how it should look.

If those girls think they’re making an empowered choice to wax or shave most or all of their pubic hair, and they aren’t—maybe that’s true for me, too.

I think back to the first partner who suggested I do it. He was more than a decade older than me (I was in my early 20s) and had been busily introducing me to all kinds of insane pleasures, and he thought I’d enjoy them more with a clean landing strip, so to speak. I resisted for a while, then relented, and looked down at myself after the deed was done and felt a wave of disgust rip through me. I looked like a little girl down there.

Soon enough I got over it, and I found that leaving a small Hitler-moustache-sized tuft of hair—the nineties’ porn-star pubes effect—removed that panicky sense of catering to pedophiles.

That became my status quo for most of the years to follow. I tolerated the discomfort of stubble and underwear-related wardrobe dysfunction (without that fluffy cushion of hair, a woman’s moister regions can get caught up in the fabric of her underwear in a truly uncomfortable fashion).

A few days later, yet more from Dr. Jen. She’s on the warpath on this one:

Harmful models of femininity and attractiveness that distort bodies, faces, and genital appearance are being pressed on younger and younger girls. Hair has historically been associated with power and signifies sexual maturity. What is the cost to our psyches when we receive constant insidious and pervasive messages that females should appear less and less mature and wise?

Older women are spending beaucoup bucks to look middle-aged (plastic surgery, skin creams, cosmetics), and young women are doing the same to appear pre-pubescent in certain ways. And this, in turn, suggests that although men of a certain age are seen as sexy and attractive and worthwhile (think Clooney, Obama, Connery), women are only worthy if they look as though they haven’t lived at all or accrued wisdom.

The clock on the aesthetic keeps getting turned back further and further. Now, we’re supposed to look like little girls down there to be aesthetically pleasing?

That’s it. No more shaving or waxing for me.

My bush and I, including its friendly new gray hairs, are living happily ever after with a partner who digs me just the way God made me.

I hereby encourage all female readers of these words to join me in celebrating this carrier of pheromones, this soft cushion where bodies meet and merge. I encourage male readers to adjust their expectations and to get the hell over whatever fears they might feel at the sight of a mature woman resplendent with hair down there. Come on. A powerful woman is going to rock your world a lot harder than a woman who feels enslaved by an anachronistic aesthetic.

They are all part of the same continuum where women alter their bodies or faces in order to fit into some externally imposed notion of beauty or desirability. 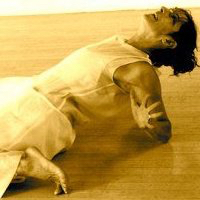