The Pointlessness of Trying to ‘Prove’ Ourselves.

A person trying to prove himself is, by definition, a person who believes that he is “not good enough.”

Hence the necessity to prove that they are good enough.

When I was living in San Francisco, I was making good money. I was financially set for life.

If you think that this sounds like a rough ride, you’re right.

But I could do it all over again. You could say that I’ve developed a muscle for being on the journey—now I am able to keep my heart open and feel along the way.

It seems that 42 is an age that many of us are scheduled for a life change. There are names for this process but best to just say that your life gets turned upside down on its head both emotionally and spiritually.

For some of us, the first 40 years can be about doing what we are “supposed to” (or the exact opposite) and the second 40 years are about, finally, going our own way. The second half of life is about truly following the guidance of our own spirit.

When I started looking to follow my passion, it was a bit confusing: my dad was in the construction industry. He laid brick and blocks. He built a lot of brick fireplaces. Sometimes he remodeled houses.

Even after I went to college, I really still only wanted to go to the construction site. I still wanted to connect with my dad. Later, I worked my way up to buying and flipping houses and made great money. I was doing what dad did but “better.”

When my dad had a big stroke, he became partially paralyzed and was no longer able to speak. I remember how the “fun” of remodeling old houses just sort of disappeared for me. At the unconscious level, I had still been working at a construction site to connect with dad, but now that was lost.

When I was renovating old houses in San Francisco I was successful by the standards of my peers but after my dad’s stroke, I lost the passion. I was sullen, stoic and I hid out in my working. My dad smoked cigarettes. I smoked pot. I did not feel my feelings, nor was I connected to my heart.

Just like dad, I was emotionally numb, and cracks began to appear in the foundation of my life.

The journey of emotional and spiritual awakening began a couple of years later.

Now I write and I coach other people to free themselves up. I am an emotional freedom coach. It’s a little scary sometimes. This life of my dreams doesn’t yet come with the financial freedom of my earlier life. I am still in the beginning of a professional writing career.

At 52 years old, I have started over.

These days I get ripped out of bed in the morning excited to see what I might write. Sometimes I wake up at 3:30am ready to go. I get to help other people connect with their own passion and to take the courageous leap to live it. I get to write, coach, teach and live emotional freedom.

When I was flipping old houses, I would get ripped out of bed early in the morning also. But, often, there was an anxiety about it. It was about me doing battle with the physical world. That passion was about “proving myself” and being stronger willed than the physical problems that come with old house renovation.

When I am in my element writing or coaching, I am in a deeply peaceful place. I am in the flow. For the most part, I just step out of the way and let some sort of higher power flow through me.

It’s not always easy. Sometimes it is.

A conscious shift is occurring within me: life is no longer about my own survival (then my daughter’s). But still, the underlying operating principle of my life was about what I could get, what I could take, in life. Now I am shifting towards a view for what can I give.

I am not driven by having ”to prove” anymore. True, I am aware that hidden unconsciously in my deep emotional world, “not good enough” lurks waiting to lunge out at me at any time. I know that “indecision” also lingers down in the dark recesses hidden inside.

But that is the point, I am awake now. I feel my feelings. I know much of my inner world. My demons are a part of a well-explored inner terrain that I have visited and told the truth about many times. I continue to do the work of inner exploration.

Emotional freedom requires daily work just like being in good running shape does. Maybe I went for a run yesterday. But I will need to go for a run again today and, probably, again tomorrow if I really want to stay in top shape.

The “Work” of emotional freedom is a daily discipline.

I still like to do construction projects from time to time. As a labor of love, not as a way to prove myself. 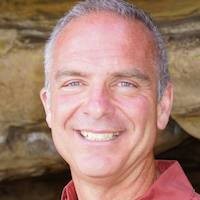