The Wisdom of the Headstand. Until a couple of months ago, I had never done a headstand.

I’ve been practicing yoga for around ten years and even qualified as a yoga teacher a year ago. Now, in my late thirties, I have more stamina and flexibility than I ever had in my twenties or before.

But I was still confounded by the headstand, until I made it one of my resolutions in 2014 to conquer this fear.

I watched online videos, I asked for advice and I practiced with friends. There was some progress, but somehow getting into the stand without any support didn’t seem to be happening. My rational mind was screaming things about the fragile vertebrae which would have to support my whole body—not helpful.

Then I attended a workshop using the imagery of myths to animate and inspire the yoga journey.

The instructor talked about how in many myths and legends, the hero would have to plumb dark depths in order to rise victorious. This would bring out some hidden strength and eventually helps the hero save the day. In this case, he was using this image to prepare us for a headstand—my nemesis.

He explained how when a headstand is attempted for the first time, the focus is often wrongly on lifting the legs. He then explained that the best way to lift up, would be to push down and build a strong base. When the base is strong, the legs would go up easily. I had obsessed for many hours and days about my legs going up in the air—and he was saying it was the least of my worries.

The theory goes that when we are willing to commit all our energy to pushing down into the ground, we would get the feeling for how it would be to be in the full posture—before we were in it.

So, instead of putting all my focus on kicking up, I committed to the ground. I pushed my elbows and head down and put no emphasis on the lift. I found my body naturally straightened and I felt a new lightness in my legs and feet. I lifted one leg, then the other.

At last I could feel what all my supporters have been telling me for so long: we don’t feel it in our neck, it’s all about engaging the core, it’s all about keeping the mind and breath steady. They were right and I understood in a way I never could have done without actually doing it.

Get back on the horse.

The shock of finding myself standing on my head, quickly saw me crashing back to the ground. It took me a few days to attempt it again. The first few times took some guts, as all my old fear were still front-and-centre of my mind.

In the weeks since this workshop, I have mastered the headstand, and I am ready to apply this knowledge to other postures.

What I had not anticipated, was how the practical example conquering headstand serves as a rich analogy for all aspects of life.

We so often focus on the end result, the spectacular bits (kicking up!) and not enough on the journey (pushing down, building a base, practicing) which are actually the building blocks.

The headstand has taught me far more than I imagined.

Every time, I feel in a very real way the mechanics of having to push down to lift up, to plumb the depths in order to rise. 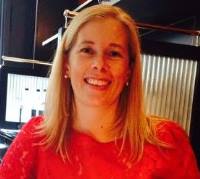