These Cosmetics are Toxic to our Skin & Health. 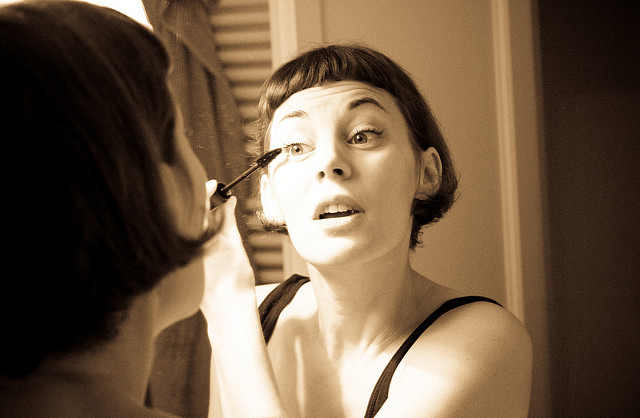 Many women prep themselves through a rigorous, disciplined morning ritual.

Smearing and smudging, lining, and lustering.

Surely there is some reward from it, but do women consciously think about what they’re doing?

I can recall a time when I  wasn’t consciously aware that women wore makeup.

I remember thinking to myself, “Hmm really young girls seem to have the same faces as young dudes, old ladies have old lady faces the same as old dudes and then all other females in between somehow always have smooth perfect skin while all other dudes the same age had imperfect skin.”

Meeting my first serious girlfriend when I was 16 we eventually spent a few sleep overs together here and there. Before that we would just see each other at school and going out during what I would call daytime hours.

I remember the first time I saw her with no makeup on.

I was fairly shocked. I couldn’t believe that girls can look like this? Without makeup, my girlfriend didn’t look “girly” at all (by society’s definitions). She was and still is an amazingly beautiful girl with or with-out makeup, but it was still so eye opening to realize that under the “result of the morning ritual” she looked just like me, to some degree.

I began to realize that she had times when she looked tired or that with no eye liner and lash extender that she didn’t look like a perky doll, just a normal human female, beautiful in her natural state. Before I met he,r being 16 years old I honestly never heard the term “bags under my eyes” or ever thought to look into a mirror to see if I looked tired.

Why would I ever need to do such a thing? For her the act of “looking tired” somehow posed a threat to her psyche whether she was joking around about it or not.

Makeup is not something that is going away. It has been ingrained in our human consciousness for as long as we have been human. Indigenous cultures have used makeup as far back as we know and so have western and various other cultures, whether its geisha girls painting their faces white, or tribes in the Amazon painting themselves red for special ceremonies.

Makeup can be an act of self-adornment, decorating and worship, a sacred act that can embody energy that can transform our consciousness, whether it’s time to make love, or time to go on a hunt.

There is a phrase that rings through my head that I’ve heard many a female articulate as if it were a new age mantra. This is of course, “I look ugly with no makeup on.” What I say to that is “Oh yea, who the f*ck told you? What were they smoking? Because I don’t want any.”

Who sold women the idea that the divine feminine, a goddess among gods could ever be seen as what is called ugly. When did our most powerful resource, our women start needing an access pass to the public world that essentially requires them to paint themselves in carcinogens?

I’m of course referring to the statement, “I can’t leave the house with-out makeup on.”

The defining characteristic of the house of cards that is western culture is that it approaches life simply from the mind’s point of view. It completely forgets and disregards the body and heart, yet idolizes and worships both body and romantic love on some far removed plastic and gold, cologne scented pedestal.

Western culture ideas about female beauty is the antithesis of a holistic point of view. When we approach beauty as a problem to be tackled instead of an emotional feeling of gratitude and joy we inevitably seek out solutions that destroy ourselves.

A “cure” for tiredness is not to simply paint away the tired look and all is well.

No, “curing” tiredness requires us to find peace and stillness in our lives, to seek better nutrition and many other things. It requires real deep work on our behalf.

Simply put, we can’t just pick up a package or “tired eraser” and smear it onto our faces somehow stating that we are now “improved.”

A kid can look at a raggedy doll and think it’s beautiful for the experience it gave him or her while we forget about the experience, the smells, the sounds and the sensation of living it gave us. We think “Ah, time for a new doll this one’s ugly.”

What is our obsession with the idolization of “young, fresh, perky, life force energy” doing to us? Just as the universe promises us in physics, for every action there is an equal but opposite reaction.

Approaching life from strictly the mind’s point of view, solving this “issue” using quick fix solutions pulls us closer to death. Our obsession with beauty asks women to expose themselves to harmful oil-based chemicals. The same oil that collapses marine eco-systems when it is spilled into the ocean and the same oil that men where hazmat suits to clean up when it is spilled on a roadside.

To all men reading this—let’s please encourage our  woman to leave the house with-out makeup. Tell her she looks beautiful first thing in the morning and tell her we do not want to see the equivalent of a much more organized and precise oil spill on her face every day. Tell her we honor her “shell” for whatever state it’s in and especially its natural state. 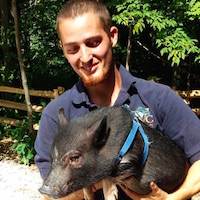