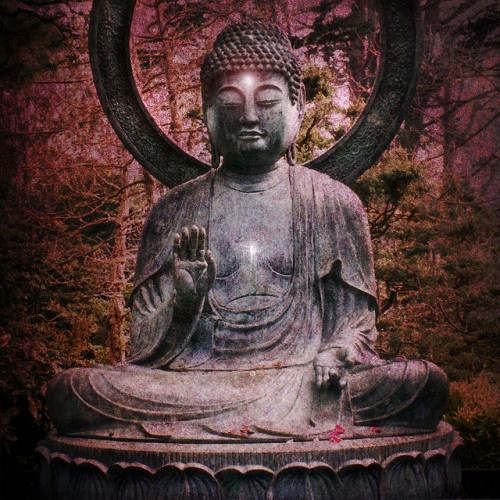 I recently came across the following quote by the Dalai Lama,

“Pain is inevitable, suffering is optional.”

As someone who’s had her fair share of serious challenges over the years, ranging from an orthopedic brace and suicidal depression in my teens, to cancer or my current broken back, this statement definitely resonates.

When pain pays me a visit, I have found the following steps to be effective, (the acronym FINE helps me remember them):

Feeling the pain. (Rather than interpreting or repressing it.)
Impermanence. (All things start and end.)
Not me. (Not identifying with the pain.)
Expansion. (Faith that all challenges lead to personal growth and, ultimately, spiritual expansion.)

As much as we’d rather avoid it, pain eventually happens to all of us.

It doesn’t discriminate and it is an intrinsic part of the human (as well as animal and most probably vegetable) condition.

Whether it be the pain of losing a loved one, emotional trauma, illness, or even confronting emotions like fear, low self-worth or loneliness, we all experience it.

Suffering, on the other hand, is our creation. It develops when we interpret the pain or emotion by feeling like “something awful is happening to me,” or when we enter victim consciousness by claiming “it’s not fair, why me?,” or we believe our plight is the worst ever endured by anyone.

In other words, we build a layer of suffering around a painful situation, and what ends up happening is a double whammy.

Not only are we in pain but now we’ve created more pain by indulging in our story around it. I’m pretty sure this tendency is exclusively human and I believe that’s what the Dalai Lama is referring to when he says “suffering is optional.”

Can you picture a bleeding gazelle complaining about the lion that always picks on her? A fish in a tank claiming persecution? An old chimpanzee lamenting how unfair it is that its joints should ache?

We also create suffering when we forget the pain will eventually disappear. That’s where the old saying comes in handy:

“This too shall pass.”

As a matter of fact, if you happen to be in pain at the moment, it is already passing as you’re reading this because everything does, at all times.

This is a basic precept of Buddhism, commonly referred to as “impermanence.”

Whatever is happening now, won’t be happening later, and that includes suffering, happiness, youth, old age (because old age simply ends in death), fear, traumas, your current crisis and feelings (whether they be joyful or sorrowful).

The list is quite literally endless since, well, everything passes.

I find that pain and challenges are a very potent gateway to remembering my impermanent nature as well as a direct conduit to a state of presence, where, incidentally, pain ceases to be called anything, it just is what it is.

It also allows me to get a glimpse of my divine or “authentic” self, the part of me that is not affected by cultural conditioning.

Let me pull out an example from my extensive “pain file.”

The universe served me with ovarian cancer a few years back, extremely challenging at any age but even more so when you’re young.

I remember lying in bed after surgery and the doctor coming in to tell me that, at this time, there was a slim possibility the cancer was a metastasis of my prior breast cancer, which would mean my chances of survival would be low to none.

Yes, I admit it was terrifying at first, but after the doctor left the room, my dad starred at me, aghast, and I shared with him my “knowing of what never dies,” the divine essence that is at the source of who I am.

As I turned my head towards the wall, my eyes fell upon a Tara batik and I suddenly felt myself merging with it, my body completely dissolved, at one with everything, and from that place I whispered to the universe,

There was no more attachment to the body, to this idea of “life versus death” or to pain. I had fully accepted impermanence from this place of what the Buddhists call the “unborn” and the ego died.

(It was reborn later, as it does, that too is impermanent, sigh).

The tests came back a week later confirming the two cancers were unrelated. The doctor actually said,

“It was just bad luck you got both.”

(Understatement at its finest, but of course, it was a relief.)

But the point is, had I not been in extreme emotional and physical pain at the time, the opportunity to merge with the infinite through complete surrender wouldn’t have presented itself with quite the same intensity.

Now, I admit I have a mystical streak and not everyone needs to go that far into “merging with the divine,’” but surrendering works if one is more down to earth as well.

I would suggest the following: instead of running away from the pain, feel it, go for it, dive into it and try not to name it or identify with it (as in “this is happening to me, how awful”).

If you’re sad, bawl your eyes out, hold your pillow, wail.

If you’re angry, curse and shout and bang your fists.

But again, don’t name anything as in “it’s because of this or that,” just merge with the feeling and let it work through you.

Emotions are merely energies passing through the body and we suffer when we start naming them, defining them, judging them and the worst in my opinion, feeling like we shouldn’t have them.

I am convinced that repressing feelings is at the onset of many illnesses, cancer in particular.

So, there you are, you’ve fully surrendered to the emotional or physical pain, it just passed through you.

What is happening and what do you feel, right now? Nothing.

What you are is the silent spirit, the consciousness that is always present and never changes regardless of what you are going through, that place of nothingness you experienced when you totally surrendered.

(Much the same as in lovemaking.)

And you will find this consciousness manifesting in the world a little more in the form of presence now that you got a glimpse of it.

The pain turns into a crash course in presence and living from presence.

What also helps me deal with pain is an intrinsic “knowing” that it always leads to a deepening of my authentic self which is vital to me.

I believe the crux of my purpose here on earth is to live from a place of authenticity and to increase the balance between my “conditioned self,” (what society, the collective unconscious, the media and my parents have convinced me I am or should be, from birth) and my “authentic self,” (what I was born as, the brilliant essence that became buried under layers of conditioning).

With practice, the passage of time and growing wisdom, the balance starts to tip towards the “authentic” end of being and my experience of life becomes increasingly fuller.

I encounter many tools on this journey, and pain remains one of the sharpest.