9 Ways That Science Has Yoga’s Back. 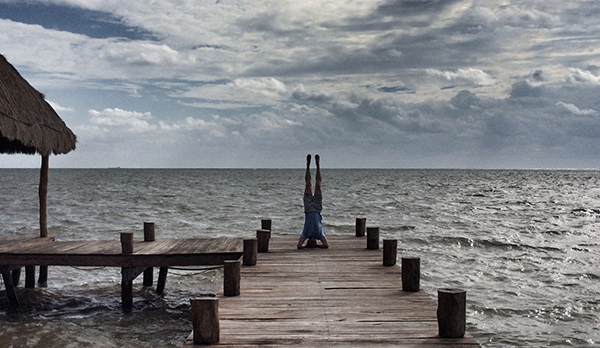 “Feelings come and go like clouds in a windy sky. Conscious breathing is my anchor.” ~ Thích Nhất Hạnh

My yoga practice has really been picking up steam in recent years. Those who know me understand that my less-than-ideal, ridiculously overcrowded schedule doesn’t leave a lot of wiggle room. So, I often get asked why I dedicate so much time to this semi-weird thing that kind of resembles, well, stretching. Since personally discovering how transformative (yup, game-changing) yoga is for me, I’ve tried to share the love, and bring friends and family out to the studio to give it a try, but I’m often met with some stellar excuses and resistance.

Nope, I need that precious time for the treadmill. Or weights.

Dude, are you being serious right now?

My response to these excuses? Shut up and do it. I suppose that’s not the yoga way of spreading the good word. But seriously, try it.

Yoga is a surprising mix of energizing and relaxing, challenging and restorative, building both strength and flexibility simultaneously.

“Healthy plants and trees yield abundant flowers and fruits. Similarly, from a healthy person, smiles and happiness shine forth like the rays of the sun.” ~ B.K. S Iyengar

Mind over body for the win.

I figured it’s time to set the record straight and lay out some science. Yup, look it up. Science has got yoga’s back in a major way. Here are just a handful of the many evidence-based truths regarding the mental and physical benefits of yoga.

Let’s cut to the chase here. Even if no one had studied a damn thing about the benefits of yoga, it’s still pretty remarkable how universally great it feels. Try it. The proof is in the endorphin pudding.

Reference: Me. And you.

Yes, your average human brain processed this correctly. Yoga Can Improve Cognitive Function According to a study at the University of Illinois, 20 minutes of yoga stimulated brain function and resulted in better cognitive performance compared to walking or jogging on the treadmill for the same amount of time. Who knew?

3. Crank up your immune defenses.

According to a study at the University of Oslo, “yogic practices have rapid effects at the molecular level in circulating immune cells.” Their study documented “there are rapid (within two hours of start of practice) and significant gene expression changes in PBMCs (peripheral blood mononuclear cells) of practitioners during a comprehensive yoga program.”

The evidence really piles up here. And here. And here. A number of studies compared yoga to other fitness activities and noted a correlation between yoga and improved mood. Lower depression scores. Decreased anxiety. Lift your mood, calm your nerves; sounds pretty alright to me.

Makes perfect sense to me, especially seeing how promptly I begin snoring during svasana relaxation (aka nap time) at the end of yoga class.

A controlled study at a med school in Virginia showed less back pain and less pain medication usage in the yoga group. So flush that Percocet and get your butt on the yoga mat. Actually, don’t do that. Researchers already found Prozac in our waterways and our fish, so let’s not only dispose of our medicines properly, but also, of course, consult your doctor before beginning any exercise program if you have health concerns such as chronic pain.

We are all connected. What’s interesting is how a moving meditation like yoga, in a group setting, can create an incredible sense of interconnectedness, which then leads to kindness. Quite simply, the way you move and breathe affects the way you feel. And when you feel good, you treat others around you better, and the cycle continues.

“A person experiences life as something separated from the rest — a kind of optical delusion of consciousness. Our task must be to free ourselves from this self-imposed prison, and through compassion, to find the reality of Oneness.”  ~  Albert Einstein

Well there you have it. Yoga for the win.

The evidence is ridiculously clear.

There are probably a zillion other nuggets of scientific wisdom in support of yoga that I could add in here, but hopefully you get the gist. And the gumption to give it a try. Yoga has innumerable benefits for both mental and physical health. Not to mention it feels pretty damn awesome.

Yoga isn’t just a work out; it is working on yourself. And if the science doesn’t convince you to squeeze yoga into your life, at least do it for the savasana.

Why I Don’t Do Yoga 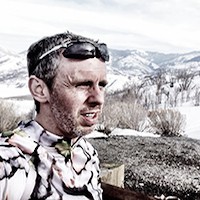