Breaking Down the Chick-Flick. 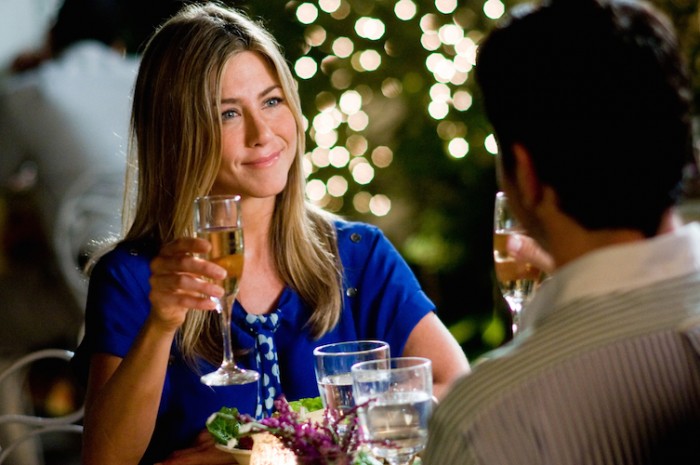 A couple of weeks ago I was sick in bed.

I was stuck there for days, watching chick-flicks and willing my mind to form some semblance of cohesion in order to tackle the mounting pile of homework.

Even in my feverish haze, I was still able to pinpoint a pattern: all chick-flicks contain a formula to appease the masses, even when there are respectable actresses, luring me into false hopefulness that this one will be different. (Laura Linney how could you?)

There will be an insurmountable problem. This problem will be surmounted by our charming and authentic, if not slightly socially awkward at first, leading lady. Cue Scarlet Johansen.

During the surmounting of the insurmountable problem it is likely there will also be some sort of musical montage.

Now, don’t take this for granted. Not every formula will contain the musical montage, but if it does, rest assured there will be short yet emotive scenes neatly compressing the timeframe it takes for the leading lady to surmount the insurmountable problem.

All of this is all well and fine but really what I want to talk about is the prince charming. Prince charming will appear as some sort of aloof, silent character. He’ll have buffoons for friends and will respectfully butt in and end their buffoonery thereby gaining our respect by valiantly defending our leading lady.

His gentle coaxing to the fleeing leading lady he’s inevitably followed: “Aw shucks, forget about them, they’re just drunk” is precisely the moment when one human’s disrespect for another is wiped clear away with the logical and acceptable form of degradation, alcohol.

We have now entered into the chase formula.

The breakdown of the chase is as follows: man likes woman. Woman is unsure of man. Man asserts his desire for woman while the woman continues to deflect his advances.

Perceive the movie with different senses and it’s likely you’ll feel like you’re watching two different movies. Listen with your eyes closed? You’ll hear a woman continually reject a man. Plug your ears and only look at the movie? You’ll see a woman playing with her hair and purse strap while smiling at a man.

Both of these scenarios? Completely messed up!

How in the world are we, as human beings, supposed to learn how to effectively communicate with other human beings when we have these wild and broken formulas playing out all over the place?

See, we all know the outcome of the chase. The two heterosexual (typically white people of a particular social class (unless it furthers the plot to be slightly mismatched) will go on a date.

A date. /dāt/ noun. A social or romantic appointment or engagement.

Cue music. Roll credits. Bam. Done and done. Cut to happily ever after.

Years ago when I was living a different life on a different track with different goals than I have now, I had to put together a lesson plan and teach it in one of my education classes.

I chose to critically analyze fairy tales and how they set children up to fit into specific gender roles. It got mixed reviews with some of my classmates enjoying the critical discussion and others wondering what I had against Belle. We discussed how our socialization creates strict norms of conduct suitable for our genders and how difficult we’ve made it to break out of that.

I wonder how it is that we function at all sometimes without society actively shaping our every move and sentence. Oh wait, that’s right, it does. But it’s not active, it’s sly and surreptitious.

I recently heard of an upscale UK department store getting rid of their men’s and women’s sections and stocking only gender neutral clothing. The announcement got me beyond excited. How cool is that? No more gender norms—we just get to be people.

No need to shove ourselves into strict definitions of what it means to be male or female, just focus on the true light within us shining our way home. Perfect.

So I’ll just be sitting here in my off-grey pantsuit that’s neither too tight nor too baggy, waiting for some random guy I made awkward eye contact with once to bang down my door with shouts of loving adoration while I watch another Netflix movie.

Why I Give a Damn About #yesallwomen. {Adult Content}