How Our Beliefs are Holding Us Back. In research done by Dr. Fred Luskin of Stanford University, a human being has approximately 60,000 thoughts per day, with 90 percent of them repetitive.

Our range is rather small. You might not notice this until you start to pay attention to these thoughts.

Once you do, you’ll notice a large percentage of those thoughts are not only repetitive, but they are also negative. Think of them as a ticker tape running through your life all day and night.

Author Norman Vincent Peale said it well when he wrote, “Repetition of the same thought or physical action develops into a habit which, repeated frequently enough, becomes an automatic reflex.” Take this a step further and we move into the territory of beliefs.

1. The mental act, condition, or habit of placing trust or confidence in a person or thing; faith.

2. Mental acceptance or conviction in the truth or actuality of something.

3. Something believed or accepted as true; especially, a particular tenet, or a body of tenets, accepted by a group of persons.

Once you discover this, you will never be satisfied with belief alone again.

It’s quite simple. There is a huge difference between eating a meal and deciding it’s good and being told a meal is good by someone else. Add to that the knowledge about the ingredients in the meal, its nutritional benefits and then suddenly you have the wisdom of knowing that this meal not only creates a pleasant experience, but that it is also good for your body.

Our thoughts and our very lives are composed of the beliefs we have. Most of those beliefs were imparted to us by parents, family members, teachers, neighbors and the media. Very little is based in original thought. Instead, these beliefs are not much more than a bunch of sentences, statements and equations that we carry around with us wherever we go. They make up the filter through which we view our world, they are the foundation upon which we base our decisions, and they are our greatest source of suffering.

To see what beliefs you’re carrying around, you can begin by simply noticing what you think and what you say to others. Pay attention to statements that have the words “always” and “never” in them as well as statements that contain absolutes in them or assert a position around anything. These types of statements are rigid and typically hold a lot of power in their ability to influence your behavior.

Are you more than the sum total of your history? Of course you are. But you may never know who you really are with all that clutter and debris in the way. It’s probably time to do a little house cleaning. Why not start by opening up the doors and windows to let in some light and fresh air? Next, take a good look around and notice if any of those beliefs feel old and outmoded. That’s probably due to the fact that they were never yours to begin with, only borrowed from others.

To get to what’s real and authentic, you’re going to have to start throwing stuff out. Literally toss it out. Let it go. Free yourself up. Move into the future with a lighter load. Without the past weighing you down, you open yourself up to new possibilities, new choices and ways of being not available to the person you believed you were. Wipe the slate clean. Start over. Surprise people with the new you.

Letting go of your personal history—your story—is a powerful act of rebellion. It is when you become the greatest advocate for yourself. You reclaim and retrieve what is needed and walk away from the rest.

This does not mean that you cut all ties, but rather it means that you rise above those biographical, ancestral limitations and allow yourself to express yourself as you really are.

Unencumbered by the past, you are free to become a child again. You become open and receptive and teachable again. The mind and heart become energized by having new options, and being no longer restricted by our thoughts of what we can and cannot do or have or be.

This childlike state makes life feel magical and exciting. This is where we find joy. Most of us had glimpses of this simple feeling when we were children, but over time it got crushed by all the responsibilities and duties and obligations to participate in the societal machine.

We can say no to this freedom killer and yes to ourselves.

Begin now by paying attention to your thoughts and words. Take nothing at face value. Question everything. Before long, you will notice your being begins to stir as if awakening from a long sleep. You will be breathing new life into an old structure.

This is the invitation your being was waiting for. Now follow it where it wants to go.

You will be amazed at where it takes you. 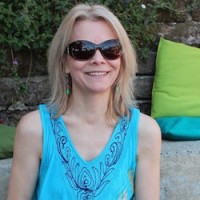