Finding Empowerment without being Overpowering. 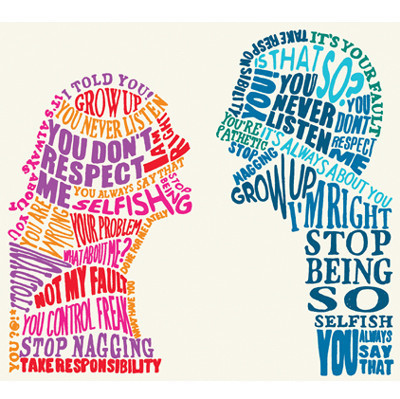 A male friend requested that I write something about a man who finds a woman who stands in her truth and how this represents healthy empowerment.

So, for my compadre and anyone else who is wondering the same thing, here’s my two cents, for what it’s worth.

*Note: I don’t in any way profess to know everything about how all men or all women think or feel about this or any other topic. I can only speak from the 30-some years I have spent as a therapist and the 56 years I have lived as a Caucasian, Jewish, middle class, well-educated and oh yes, rather opinionated woman.

Sometimes I have viewed men and women as being different species and I am an anthropologist attempting to decipher the rituals and language of the other tribe. It is an ongoing and fascinating study.

One way for someone to find what they are seeking is to embody it themselves. If we want a partner who stands in his or her truth, we need to do so. Otherwise, we are looking for another to fill in ‘missing pieces.’

What do you stand for?

I stand for open-hearted honesty, expressed as diplomatically and lovingly as possible. I stand for taking full responsibility for my beliefs, and the actions that follow. I stand for cleaning up our own messes, physical or emotional and not expecting anyone else to do it for us; leaving the campground better than we found it. I stand for walking my talk and being in integrity. I stand for freedom to love who we love, regardless of orientation of any kind. I stand for peaceful resolution to disagreement, without bonking each other over the head literally or metaphorically.

There was a time when I was reactive and sometimes withdrawn from a place of fear and insecurity, rather than responsive from a position of self assurance and calm certainty. Now, I can safely say that the tide has turned in the opposite direction. When once I held back sharing my truth, because I didn’t want to alienate, inconvenience, attract disapproval, rock the boat or make waves, now I am clear that I have the right to do so, even if someone else disagrees, for whatever reason. Does my heart still beat rapidly as I anticipate what might be a ‘difficult conversation’? Sure it does. The only difference is that I feel the fear and do it anyway.

I would rather have authentic communication with anyone in my life that keeps misunderstanding at bay.

Ask yourself: What is your truth?

Our stories may be merely perception, but we live them as if they are truth.

Take a piece of paper and write the words I am. Then, without editing or censoring, let flow whatever words follow. That will be a huge clue as to how you view your life, the world and your relationships. These are like computer programs that, even if you minimize them on screen, are still running behind the scenes.

Another analogy is that of an iceberg 93-95 percent of an iceberg is below the surface of the water and the balance is what can be seen. The chunk that sunk The Titanic was what the captain didn’t see. When we are mindful of our entrenched beliefs and patterns, we can shake off the cloak of unconsciousness that has us repeating patterns.

I can tell you that this is my growing edge, as I have stopped holding anyone else responsible for them.

We all have wounds and feel broken at times. Yes, there are people who truly were/are the mercy of someone else’s actions. Abuse steals someone’s immediate power, but it has no right to continue to rob anyone of their sovereignty and opportunity to make healthy, self sustaining choices. If anyone, man or woman experienced wounds at the hands of another at any time in their lives, know that they can heal and need not carry over throughout a lifetime.

It takes honest and on-going self assessment to make the changes that can help someone move from victim to survivor to thriver. There are times when those who felt victimized attempt to take back their power by lording it over others. Likely, you have heard the aphorism “Hurt people hurt people,” meaning that it is a natural reaction to get triggered into doing to others what was done to them. Ain’t necessarily so.

There are plenty of abuse and trauma survivors who have refrained from doing harm to another.

In many cultures, women are disenfranchised, viewed as ‘less than,’ as property, weaker and expendable. They are paid less, socially stigmatized, sexually repressed and enslaved. They are mutilated and kept under the thumb of repressive governmental and religious rule.

Centuries of such treatment may have become encoded in our DNA.

As a feminist who grew up in the 1960’s and 70’s with egalitarian parents, I noticed that other women didn’t have the opportunities and encouragement that I did. I marched for the ERA (Equal Rights Amendment) that didn’t pass since the silly objection was that, rather than equal pay for equal work and qualifications, it would mean unisex bathrooms.

There is nothing male bashing about feminism. Perhaps ‘people-ism’ is a more accurate title.

As the mother of a son, I want him to have the same rights to be fully human as I would, if he were a daughter. Although he has different opinions in some areas, from his “weird hippie mom,” one thing we agree on is respecting women and men equally.

How do we define power? It looks all different ways. Some interpret it as control over another, with violence in word and/or action as reinforcement. I prefer to view it as being in charge of our emotions, thoughts and behaviors. Two bits of wisdom I received from my parents inform this perspective. My mom used to encourage me to “Walk in like you own the joint,” with head held high, shoulders back, making eye contact.

I would add “and knockers up.”

My father would advise “Your life is in the hands of any fool who makes you lose your temper.”

The first instilled confidence and not arrogance and the second allowed me to maintain balance rather than constantly being thrown off if my buttons were pushed. Do I always live like those are my truths? Nope, but I aspire to.

When someone feels worthy of respect, fair treatment, love, compassion, safety and freedom from abuse, they are far more likely to engage in healthy, sustained relationships. The thing to remember is that it is an inside job and ever-evolving process.

Feminism is Not a Dirty Word.