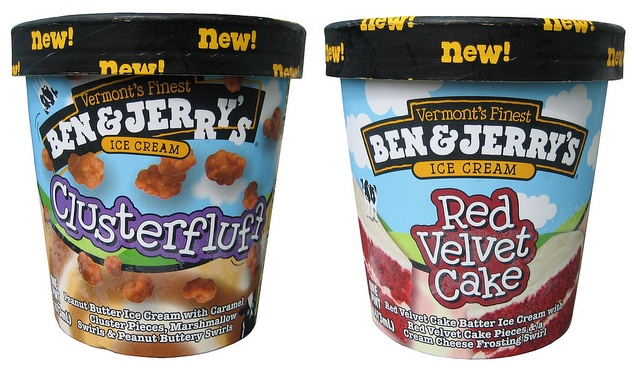 Author’s Note: This author has not entirely overcome the ailment listed below. He still occasionally engages in this behavior despite the deleterious effects upon his health.

Step one is simple: procure some high-density food. We are talking about the stuff with real substance. I personally like half-pound burgers or large pizzas adorned with copious amounts of toppings.

Next step: launch that shit right into your belly. Time is of the essence, and speed gets you points. Now quickly, before your stomach has time to plead with your brain, start the final phase. Pack the crevices. This is the stage that counts, and you should pick wisely.

At the minimum, a pint of Ben and Jerry’s will do the trick. The seeping melted cream will find a home between the spaces of gnashed pizza or burger, thus filling in, or packing the crevices.

That’s it! You’re done. All that’s left is waiting.

Within a few minutes, if you timed it just right, you should feel the warm blanket of satiation and sedation set in. I’ve dubbed the term “sedatiation.”

In essence, the body scrambles for an answer to the surprise rock in its midsection. “ Help!” the stomach says to the brain. And the brain responds with some serious blood-flow diversion.

That’s when the pleasure hits. I like to be fully prostrated on my mattress with Futurama blaring in the background at this point. Generally, I just eat in bed to avoid any unnecessary movements. The setting counts.

In the nature of equal opportunity, I’d like to address all of the vegetarians, vegans, and gluten-free people of the world. This can work for you too! I’ve tried. The same process is valid with steamed kale, tofu, and an almond milk shake. It boils down to volume. Think launch and layer.

Do you remember that science class in 5th grade when the teacher took out the jar and added the marbles, then the sand, then the water?

So, clearly, I’m joking and would not recommend this behavior.

From personal experience, I can identify several types of eating, all of which I have participated in at some point in my life.

First, is the healthy way: eating well because I’m hungry and enjoy good food. I understand this way the best, but I also struggle immensely in executing it.

Next is a plethora of less healthy avenues. One is massive sugar intake for a chemical effect. As I child, I would binge on candy for the rush. As an adult, I binge on sweets for the crash, for the sleepy feeling that accompanies massive insulin production. I’ve been able to stop this for the most part, but I still overeat from time to time. If I put enormous quantities of food into my body, even healthy stuff, I achieve the same effect as the sugar crash. This is what I was describing above.

Lastly, when I feel poorly about the choices I’ve made, I embark on fasting stretches, thinking I can kick-off a diet with a prolonged food-less period. It never works.

Food is a drug for some of us.

I can eat for effect, for those blissful few minutes before I drift off into a food coma. Those minutes are a distant cousin of the altered states that people seek through substance abuse. If you haven’t already guessed, I have an addictive personality.

Something inside me believes the answer to feelings lies within the material realm, in things that I can put into my body to make me feel better. Somewhere along the way, I put the spoon down that I used to cook up my dope, only to pick it right back up and dig into some Jerry’s.

Granted, the consequences are much less. Although with time and clarity, insight has revealed that the two behaviors are more than casually related.

Upon awakening from a food coma, the first thing I always think about is…food.

I inherently remember from years of drug abuse that a way to avoid the shame of drug abuse is to abuse more drugs. That is the final stage of addiction, using substances to cope with the consequences of using substances. Apparently this flawed logic has carried over into my issues with food.

Sometimes right after a binge I find myself raiding the refrigerator and re-stuffing my pie-hole, even without the slightest twinge of hunger. And the second hit is never as good as the first, just like drugs were. It would take such an overwhelming amount of food to re-coma myself that it’s simply impossible due to physical space. The crevices are already packed. The walls are spackled. The meat sack called my stomach is stretched to capacity.

And then the shame hits. It always does. “Why did I do that?” I ask myself. “I’m never going to do this again” I tell myself. Occasionally I embark on a series of laborious workouts. I even string together a decent number of them, marshaling my will to the fullest extent. Or I fast.

But eventually I binge.

All bets are off at that point.

People have made some suggestions, “Eat Healthy,”  “Have a big meal in the morning, medium one for lunch, small one for dinner,” “Drink a glass of water before every meal,” “Keep no food in the house,” “Eat protein, lots of protein.”

None of these have really worked. Like everything in my life, they have worked to the extent that I am willing to work them. In other words, there is no magic in these suggestions, they can be helpful tools, but they aren’t a solution.

I thought that stopping drinking/drugging would end all of my destructive behaviors. This hasn’t been the case. It is like plugging the leaky hole at the bottom of a dam with a finger, only to find three new smaller leaks pour forth. I don’t have enough fingers and toes to keep them all blocked. And even if I did, I am not sure I would want to. It feels exhausting even writing it.

For overcoming the leaky holes, I’m particularly fond of Abraham Maslow’s concept of the hierarchy of needs. He postulated that there is a progressive nature and order to the building blocks of becoming a complete human being. It starts with basic needs, both physiological and safety-wise. These are things such as food, water, and shelter.

The next component is psychological needs, the need to belong and have a sense of self-worth. We fulfill this through intimate relationships and a feeling of accomplishment. And lastly, the tip of the hierarchy of needs, is self-actualization—or achieving one’s full potential.

Looking backwards at my life in the context of my sobriety and Maslow’s pyramid, I can see how I progressed. Getting sober made me a part of society and garnered a sense of self-esteem—it fulfilled my psychological needs. I made real friends, became a decent human being, and no longer lived in the perimeter of life.

Yet my recovery hasn’t ameliorated all of my negative outlets. Many sober people suffer from these behaviors, the less deadly ones such as unhealthy eating or smoking.

I suggest that the ultimate medicine for these behaviors is the process of self-actualization. And it isn’t limited to those who are recovering from substance abuse. The tricks I’ve tried for combating my binge eating have paled in comparison to leading a fulfilled life.

When I have met my potential and lived according to my innate gifts, I’ve found that I don’t even have to try to be healthy.

What does this look like? The periods that I’ve put together without eating to excess have been the time when I am fully committed to life. For me, such commitment is always a blend of things: working, learning, writing, being spiritually fit, exercising (moderately, not excessively), and genuinely trying to be a better person (for unselfish reasons, I might add).

When all these things converge there is no need to pack the crevices, I don’t even think about it. The hole is full. There is no room for food.

Furthermore, these things mesh extremely well with a recovery program. An integral part of getting sober is helping others with their own addiction.

The whole process is very counter-intuitive though. When I wake up I think, “I am going to eat right today.” It is the same thought I had for years while I was addicted: “I am not going to get high today.”

Yet I always got high, or ate poorly. These thoughts never work for me.

What does work is this, “ I am going to live right today.”