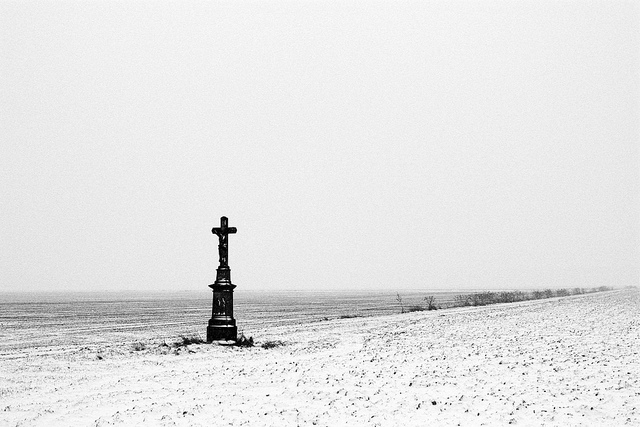 Disclaimer: This article is not meant to demonize my parents—they did the best they could with what they had and believed, per their faith, that they were doing what was best for me.

As you will discover, such motivation is a common component of spiritual abuse and important to this conversation. I can look back on my childhood now with gratitude for what it taught me about recovery and my own spiritual identity…

Although I hail from the notoriously crime-ridden city of Youngstown, Ohio I was never directly impacted by the social injustices, corruptions and devastations that earned the city of my birth nicknames like, Bombtown U.S.A.

The war zone in my house was not one that you see in movies about the All-American dysfunctional home: whiskey bottles emptying at a steady rate, mortgage payments getting eaten up by the loan shark or the innocent being thrown up against walls or otherwise maimed by flying household objects. There was a much different war that raged on in the battleground of my home and the desired prize was the capture and conquest of my soul.

When I was born in 1979, my parents were both Roman Catholic. When I was a toddler, my father converted to a very conservative, charismatic Evangelical denomination and he eventually left the Catholic Church. All of a sudden, Catholics and everyone other than Evangelical Christians became the enemy.

I echoed the words of prayer my father went over with me to “get saved,” although at the time it was just something I did to keep him happy. Yet everything I did to keep my father happy, on some level, made my mother (still a devout Catholic) miserable. This back-and-forth went on for over a decade.

As the oldest child, I bore the brunt of their dinnertime disagreements over religion, the most memorable being when I was eight. The two of them, who managed to stay married for many years after his conversion, bickered incessantly about the doctrine of the Immaculate Conception of the Blessed Virgin Mary. During this particular dinnertime battle they both asked me to weigh in with my opinion.

It was another moment of knowing that if I sided with one, the other would take offense. Punishment would ensue, or at very least a couple of days of resentful scorn. When I was eight, both of my parents held a God-like presence in my life. They provided me with the food, water and shelter I needed to survive.

The battle continued like this throughout my childhood, and both parents often fretted, “I’m going to lose you yet.”

When I decided not to get confirmed into the Catholic Church in high school and began attending my father’s church full-time, my mother took it personally and my father saw it as a victory. Honestly, although I appeared to be a poster child Evangelical Christian for a couple of years, my main motivation for doing it was to get out of having to go to both churches every Sunday (which was my standard routine for about a decade).

One day, after some argument in which the “I’m gonna lose you yet,” weapon was drawn by one or both parents, I retreated to my bedroom in tears. I must have been about 16 years-old. As I lay there sobbing, I said to myself, “Spiritual abuse has to be a real thing. Like sexual abuse. Or physical abuse. Or verbal abuse. What I’m feeling now has to be what spiritual abuse feels like.”

At that tender age I had not yet taken my first psychology class but I knew what I was encountering.

Fast-forward about eight years. As a 24-year-old graduate student in counseling psychology, two years into my own recovery from alcoholism and continuing to try on a few different spiritual paths for size, I remembered that tearful moment in my bedroom. I searched the term spiritual abuse in a psychology database and found out that others published on the topic of spiritual abuse. Just seeing that was one of the most validating experiences of my life.

I procured every book and article that I could find on the topic. Even though most of what existed was written from a Christian pastoral perspective (e.g., helping survivors of abusive pastors or church systems recover), I resonated strongly with the idea that when God is used as the weapon of power and control, spiritual abuse can occur.

These sources affirmed that the consequences of spiritual abuse can be just as powerful as the other types of abuse (e.g., physical, emotional, verbal, sexual) that are more readily identified in psychology. Consequences may include high levels of shame, self-loathing, addictive patterns of behavior, self-mutilating and self-injurious behaviors, and many of the symptoms that we normally associate with post-traumatic stress.

In my career as a clinical counselor, I’ve freely used the term spiritual abuse with clients and with colleagues I train in principles of trauma-informed care. The most common response I get is, “Spiritual abuse, is that a real thing?” When I give clients what has become my standard working definition—the use of God, religion, or other spiritual concepts as tools to gain power and control by the abuser—most people begin to see what I mean.

My intention on generating a discussion about spiritual abuse is not to bash any one religious group.

I cannot be more clear in stating that the presence of spiritual abuse is ubiquitous—I see it happen in countries, churches, synagogues, temples, mosques, blindly devout homes, ashrams, yoga studios, in meditation groups and in metaphysical communities. Wherever there is a power differential between leaders and followers, parents and children, the devout and those still seeking, the potential for using spirituality as a weapon exists.

It is clear from looking at the state of current events in the world today that politics, religion and their intermingling are battlegrounds. As a clinical counselor my role, more often than not, is to deal with the scars that people endure from being caught in the middle of these battles. Thus, my mission has been to get my clients, and those I teach to look at these battles through the lens of abuse.

The causality dynamics are similar; the recovery implications are similar. Spiritual abuse is a real issue  and deserves to be named in the same list as physical, emotional, verbal and sexual issues.  We need to start having this conversation on a more regular basis, for only then can some substantive healing take place. A first step in productive conversation is recognition.

My hope is that in reading this article, I will be able to validate spiritual abuse as something real that you may have experienced, in the same way as a graduate student I found validation looking up the term spiritual abuse in books and articles in the school’s database.

The Difference between Religion & Spirituality