The Benefits of Bipolar Disorder. 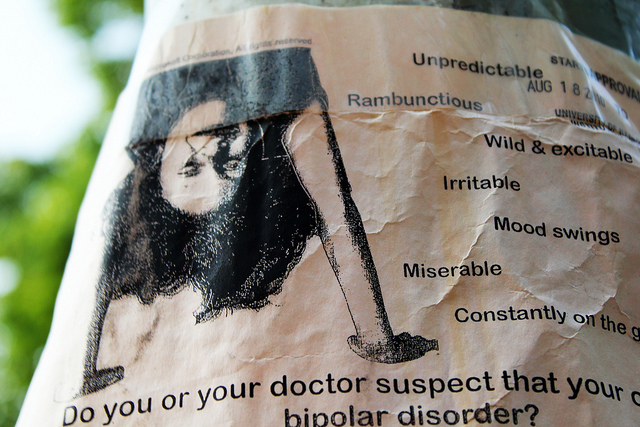 I am often asked, both in person and online, about the benefits of bipolar disorder.

This isn’t an ignorant question. The media is filled with examples of mental illness making people better detectives, artists or creating other “super powers.” The people who ask this question are varied, as well. Family and friends, the inquiring public and even people living with bipolar disorder all want to know the upside of this illness.

And it’s a very easy question to answer:

The Benefits of Cancer

My grandfather spent several years dying of cancer when I was a teenager. It was a long process and it took its toll on my family. It was the first time I saw my father cry and it was the first time I watched a person go from strong and healthy to practically nothing, and finally succumbing to disease.

My grandfather fought cancer daily and, even though it finally took him, there were some bright spots during those years. Cancer made him humble, it gave him time to slow down and talk with his family. Over the years, he got weaker and weaker and we would all come rushing to be with him when we thought the end was near. This would not only allow us to visit with him, but with each other.

Ultimately, cancer took my grandfather from us.

If I credited cancer for the bonds we formed and the togetherness of family, people would be appalled. They would give cancer zero credit in this scenario.

They would credit the love we share, the strength of my family, and they would see that cancer got in the way of our relationships, rather than helping us.

Bipolar Doesn’t Have an Upside; People Do

Bipolar disorder is a terrible burden.

I have suffered greatly because of it and will probably continue to do so.

I have a fantastic life. I love my wife, friends, and career, but this is in spite of bipolar disorder, not because of it. The good things in my life are not benefits of bipolar disorder, but of my hard work, my triumph over circumstance and my dedication to recovery and wellness.

Bipolar disorder takes a lot from a person. Let’s not give it credit for all the good things that happen to us. We earned our success, our wellness and fought through the darkness and now bipolar wants credit for that? All of the amazing things that define us as people are exactly what bipolar disorder is trying to take away.

A good thing coming from a bad situation is not a benefit. I have never been one to stand by and say the benefit of a child dying is that the parents will have more free time and disposable income. While that statement may be true, let’s not put a positive spin on something so tragic.

Bipolar disorder is the same way. The disorder does not cause happiness, it prevents it.

People with any mental illness need to take credit for success because they earned it. That perseverance is a testament to who we are as people. Our illnesses didn’t gift us anything.

We are the sum of our experiences and, while bipolar disorder certainly plays a role in defining who we are, the credit for living well goes to us. Allowing bipolar disorder to share in that success ignores all that this illness takes away.

When we spin that suffering into something amazing, it’s because we are amazing. We triumphed in the face of despair.

To the Edge and Back (Living with Bipolar Disorder).