To the Lovers who Fall in Love too Fast. 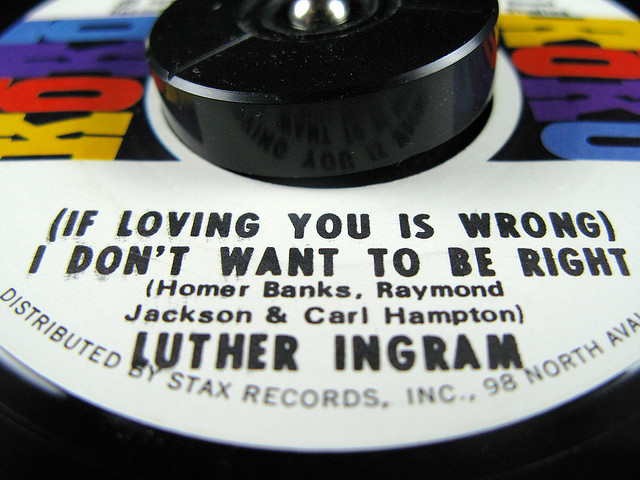 I’ve spent my whole life loving everyone I met and not saying it.

As a child, I felt overwhelming love for nearly everyone I came into contact with. I felt it, but I just didn’t say it. I learned love protocol through observation: I learned you mostly keep it inside.

I noticed that friends don’t hold hands beyond first grade, that hugs are no more than two seconds in duration and that, when sitting next to someone, you keep your hands to yourself. So I gave love out the way I saw other people giving it out.

But I wanted to hold everybody’s hand. I wanted to play with the girl’s hair in front of me in science class. I wanted to tell everyone that I loved them.

I was raised by parents who weren’t very affectionate. I longed for more touch, more affection, more praise. I was not neglected by any means; my parents loved me, but I wouldn’t describe them, my siblings or my extended family as the loving or affectionate type. I was taught that you only say “I love you” to family, mostly when saying goodbye or after an argument.

My mother once told me that if I continued to act so affectionate towards my best girlfriend in middle school that people might take me for a lesbian. My father told me he loved me about once a year. If someone in our family needed touch we’d have to ask for it as a favor in the form of a back scratch or shoulder rub. My parents didn’t hold hands or kiss each other much.

Regarding romantic love, I learned from T.V. that you said “I love you” to someone you were dating after a period of courtship, usually after six to eight months. You said it after you were “sure”. And if you were a woman you better wait until he said it first so as to not come on too strong. Saying “I love you” was apparently not something to take lightly. It was serious, and rare.

As an adult participating in dating and relationships, I always fell in love fast. I would feel all this buildup of energy in my heart, yet hold in the words as long as I could. I would do my best to play by the rules and not come on too strong. And even after the words were said, I’d take my time and be careful not to let too many sentiments of love and affection slip out too soon.

I heard that if I told a guy how I really felt early on he’d get scared away. He’d be afraid of my big scary love. He’d want to run away from it. It would be too much. Love needs to be reined in sometimes, I heard.

I’ve been operating in this fashion since I fell in love the first time when I was 16; and, just a few months ago, I decided to stop the madness. The impetus for this decision was a big but short-lived romantic love. I loved him the first day I met him, but I kept it inside. I really, really adored this man but standard protocol was to wait for him to say it first. Besides, he was my first relationship after my divorce—it was just a rebound anyway, right? “Keep it together,” I told myself.

That relationship started coming to an end four months after it began. As he was breaking my heart and explaining that I wasn’t enough, I went ahead and said it for the first time. I said, “I love you, and I have since the first time we met.”

Because when you love someone you should tell them. Whether it’s the first day you meet or as your heart is breaking—it doesn’t matter. You tell them. You let those magical words out of your mouth, out of your heart, and into the other person’s heart regardless of what happens. It’s where those words belong.

As I grieved the loss of my love, I vowed to never hold it in again. I would tell everyone I loved them. I would tell my friends, co-workers, potential lovers. I would tell them early and often.

As a single woman recently divorced and not looking for a relationship, I wondered what would happen. I didn’t have any expectations; I just wanted to love people the way I’d always wanted to.

I felt like I was getting ready to unbuckle my belt after Thanksgiving dinner. I didn’t care what anybody thought or whether it was right or wrong. It was going to feel amazing, honest and benevolent. It was finally time to unabashedly love the entire world the way I’d always wanted to. There was going to be no second guessing; everyone was going to hear it.

Soon after I declared my mission of expressing my love for the entire human population, I met a guy. We shared some quality time and on our second date I told him I loved him. I explained it this way: I love everyone, which means I love you. And when I say this to you it doesn’t mean I want to take away any of your freedom, nor does it mean I have any expectations of you. I just hope to increase your joy and decrease your suffering however I am capable. His response? “I love you too”.

It was very interesting to share these words with someone without it automatically meaning we were boyfriend and girlfriend. I’m okay with rushing into love, but I’m not okay with rushing into a committed relationship. I’m very selective and I believe it’s best to keep your options open until the perfect match comes along.

Love does not have to mean, “You’re the one”.

Since then it happened like this with a handful of men. No one ran away. No one ever got scared of my love. In fact, all of the relationships were loving and open right from the beginning because these words were spoken. It helped us take our guard down and led to some really amazing conversations!

As we said the words, it helped us become fearless with other words of endearment that are usually tucked away for a more appropriate time. When you say “I love you” to someone, you can’t help but act like you love and care about them. There isn’t really a bigger thing you can say to someone, so all the other nice words just underneath “I love you” come out a lot easier. I wonder what my previous relationships would have been like had I shared my truth, had I chosen love over fear.

The truth is, we are love. There is not a more beautiful thing than operating as such. Try saying “I love you” to someone you just met and see what happens. There is a freedom in it that must be experienced and explored before one can dismiss it as irrational or absurd. It’s so scary and yet so beautiful and liberating. It’s love, it’s freedom and I believe it’s what we were put here on earth to do. 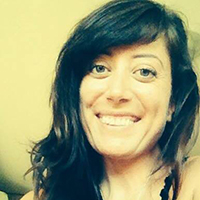 Lealyn Papaya is a curious lover of life who lives in Honolulu, Hawaii. She enjoys pondering and studying the art and meaning of love by diving into the teachings of OSHO, Rum… Read full bio