To The One I Have Not Yet Met. 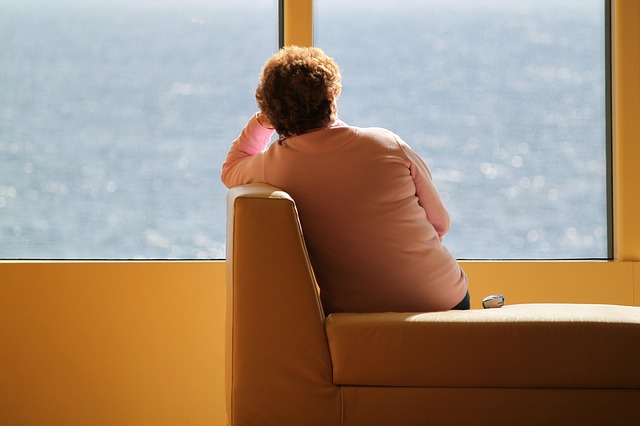 When I was in seminary in 1999, studying to be ordained as an interfaith minister, one of our assignments was to write a minster’s manual that would include blessings and prayers for various rituals that included weddings, funerals, baby blessings and house blessings.

At the time, I was newly widowed, following a nearly 12 year marriage that was, at turns delightful and damaging, juxtaposed with love and loss, filled with echoes of dreams and desires left to hang on the vine to this day.

I had imagined a different outcome when I took my own wedding vows in 1987. Having grown up in a home with abundant love modeled by parents who adored each other and were sweethearts who held hands, wrote mushy love notes to each other, hugged, kissed and danced in the kitchen. They rarely raised their voices; instead, talking out their differences in a respectful manner. I had anticipated the same in my marriage.

There was a confusing dichotomy in our relationship. While Michael was physically affectionate and lavishly expressive in written form, verbal communication sometimes took a darker turn. My husband’s role models included a father whose addiction to alcohol and anger ambushed his parenting of his son and had contributed to his leaving his mother who had issues with depression.

It was a dangerously potent combination that dovetailed with my own co-dependent approval seeking, people pleasing, chameleon-like tendencies that had me wanting to heal, fix, save and cure this man, who on the surface looked like a teddy bear and truly was at times. It also led to rage-filled outbursts, stony silences and questioning why I remained in such a union when I had the resources to leave.

When he died, I wondered if he “left” so I didn’t need to.

It is now 2015 and the widowed 40 year old just turned 56 and is still single. I have had short term relationships and lovers since then, but have not met anyone who I could see as life partner material. I have wished for a “composite partner,” who had the characteristics of many who have been in my life. I have fantasized about some who were not available, which was entertaining at times, tinged with disappointment.

I remain friends with them to this day, since it is my practice never to close anyone out of my heart, even as I set boundaries with some whose interactions were toxic. Far easier to live in “la-la land” than to actually put my whole self in, as if I were doing the hokey-pokey.

I have relished my peace and quiet and the freedom that comes from being a solo act. I have wistfully wondered what it would be like to have a true companion, as my parents had been to each other for more than five decades. I have almost forgotten what it is like to be in a committed relationship and wonder if it will ever happen again.

I have friends in multiple categories—blissfully and frustrated-to-be single, monogamous, polyamorous, widowed, LGBTQ, divorced and separated. I feel welcome in the company of all of them and no longer wonder if any of them question, as I still do from time to time: “What’s wrong with this picture?” That this social butterfly who, according to friends “knows everyone,” in a way that would do Kevin Bacon proud, is a party of one.

I have done the internet dating dance and it has felt far too much like a weird fusion of job interview and audition. I would much prefer to meet someone, as I had prior to my marriage and as I did with my husband, in the general course of life, doing what I enjoy doing.

At lunch last week with a long time friend who has known me since the 1980s, I mentioned my fear of attracting another partner with the same wounds and issues as Michael. She looked me in the eye and told me that I wouldn’t since I was now vibrating at a different frequency than I was way back then. To translate for non “woo woo” folks, Lorraine meant that I had done a shit ton of work on myself and would cross the street to avoid those dynamics now.

She asked me if I knew then what I know now, would I have chosen to marry him? I immediately said I wouldn’t and yet, I know that the experiences I had led to the life I am enjoying now. Much of the creative work in which I am engaged, including my writing, emerged from publishing a magazine together. For that and many other ‘”blesson(s),” which is a contraction of blessings and lessons, I am grateful.

I see my heart as having once been wide open, like a window shade pulled all the way to the top so the sun could burst into the room. Sometimes it radiated too brightly and frightened people away, as they retreated to their own hiding places. Then, in an effort to protect it, I shuttered it tight, but being a talented illusionist…I am a writer, you know, I made it appear to be accessible. It wasn’t until recently that the diaphanous curtain that waves in the breeze now drapes before it, awaiting the one who is brave enough to coax it out from behind, so that we can be courageous together.

As an inverted allusion to the iconic line from The Wizard of Oz: “Do pay attention to the woman behind the curtain.”

One of the prayers I penned in seminary poured out as if being uttered to one I had not yet met. It felt like an invitation through time and space to call this person into my life when we were both ready.

I Know You by Heart

From the words you whisper in my ear

To the glow in your eyes when you look into mine

To the little things you do to brighten my day

Thank you for letting me into your heart

I love you with all of mine. © Rev. Edie Weinstein

Every time I have uttered the words in over 300 wedding ceremonies I have officiated, tears have welled up since what I am offering to the couple, I am also offering to myself and the Beloved who I sense is preparing for blending our lives, just as I have been doing. I have long known that this One will arrive not a moment later or sooner, but in Divine timing.