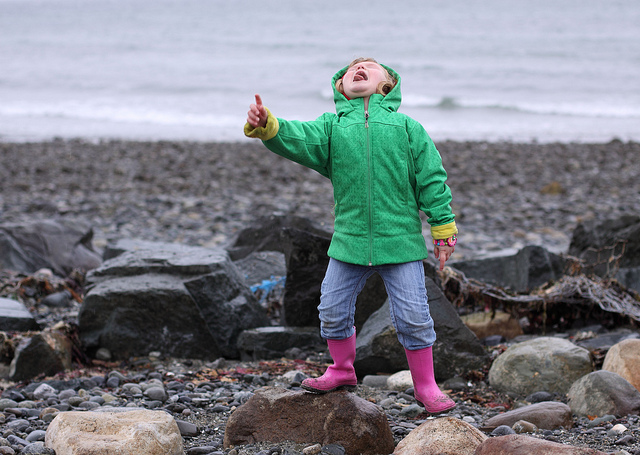 “Every child you encounter is a divine appointment.” Wess Stafford

I thought I was a good mom.

I made sure my kids were growing and learning. I made sure they had everything they needed for sustenance and for development. I focused on their education. I had them involved in all kinds of sports and activities.  I ensured they had their vaccines and went to the doctor when it was needed. I fed them well.

I really thought I had the mom gig nailed.

And my oldest child had the balls to upend all of that and make me not only a better mom, but a better human being—a better me.

From the time he was born, he was what I lovingly referred to as persistent.  As he got older, though, that persistence turned into what I not-so-lovingly thought of as downright stubbornness.  I couldn’t understand why he wouldn’t just listen to me. He’s never seemed to have any issue telling anyone in “authority” just exactly what he thought. I’ve always admired that. He was also “distracted” at school, and was pegged with several learning disabilities, although his IQ testing was off the charts.

That should have been my first clue. It wasn’t.

One of the toughest challenges I’ve faced as his mother began to surface when he was around two years old. You see, my son was born as a female. And he has had the strength and courage to stand in his own truth and transform into who he really is: a male.

At two years old, he declared no more dresses.  I didn’t think too much of it, and still didn’t when, several years later, we were shopping for school clothes and he complained that the girls clothing was too tight.  He’s always been irritated by things like tags in shirts, so I figured no biggie; we could buy boys jeans and pants.  We continued to buy some girls’ clothing that was looser-fitting, but that, too, came to a stop.

He was also determined to have a short haircut.  I mean, really short—boy short. I resisted at first, but then figured that it’s his head and he deserves to be comfortable.

I did always make sure to let him know that some people might wonder whether he was a boy or a girl, and we talked about how he could handle it gracefully, without taking offense. He never seemed to mind the questioning and always handled it like a champ—respectfully, but firmly.

I’d get the occasional, “Oh, your son is so great!” and I’d quickly and politely correct the commentator, who, of course, would feel badly. I would reassure:  “Actually, she’s quite the tomboy (I had no idea what else to call it at the time), and she likes it!”

After a few years, he asked me to stop correcting people. That was a tough one. More so about the habit of calling him my daughter and using certain pronouns than anything else.  But I did my best to comply and he was (mostly) gracious when I’d slip up.

While I’ve tried to nurture his independent spirit, there have been many times when getting him to do the things that society says are the norm was torture… for both of us.

About a year and a half ago, I decided enough was enough. I decided that what matters most is the relationship we have, not what society dictates is the right prescribed course for his life.

So I started unschooling both of us.

It took years of back and forth frustrations, therapists, different behavioral programs (aimed at changing him, of course – not me), issues with the schools and finally desperation for me to realize it wasn’t him who needed changing.  It was me.  And my thought process. And my approach.

About seven months ago, after doing research on his own, he sat me down.  He explained that he’s never been comfortable in his body and he is transgender. He was ready to begin the FTM (female to male) transition.  Tears immediately sprang to my eyes.

Because this kid—at the age of 14—has more bravery, more true-to-himself guts than most adults I’ve ever met.  He’s ready to face the world as he is, no matter what.  I’m so damn proud of him.

He’s been seeing a gender identity therapist for the past six months, and will soon be heading into Boston to work with endocrinologists so he can begin to live even more on the outside as he feels on the inside.

When I decided that my relationship with my child was more important than anything society said I should or shouldn’t be doing, our world began to change.

It was then, too, that I realized it was my dysfunctional relationship with myself that had been hindering our relationship. For far more years than I’d like to admit, I allowed fear to control my decision-making: fear of what would happen, fear of what wouldn’t happen, fear of making a wrong move and ending up in the wrong place. I never allowed myself to just flow: to just be who I was and allow my life to unfold. I didn’t trust myself enough, didn’t love myself enough, and certainly didn’t feel I was worthy enough.

When things didn’t work out how I had planned, I would try to control everyone and everything around me. Which, of course, didn’t work. I ended up frustrated, scared, and wondering how to live the life I wanted to be living.

I wanted to stop living by default, but had no idea what that even meant.

That is, until my son made me realize I could only truly control my actions. I can’t—and couldn’t ever, really—control my child. And knowing what I know now, I don’t want to: I want to allow my child to stand in his own truth, just the way he is. And honestly, it could be no other way.

By his lead, I have acquired the freedom to stand in my own truth, too. I am becoming more of who I truly am because of his example. I have found a way to live honestly and unapologetically as me. I am pursuing avenues I would never have had the insight nor the courage to traverse.

Most importantly, because I have followed my child’s example, I am able to help others stand in their truth as a personal life coach. The cycle of releasing what no longer works, healing, and transforming into what we are meant to be is essential to share.

I hope my son will inspire you, too, to live as you are and without fear! 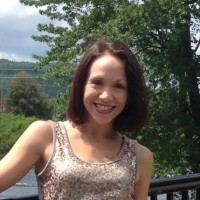 It wasn’t Love: 10 Signs your Relationship was a Trauma Bond.