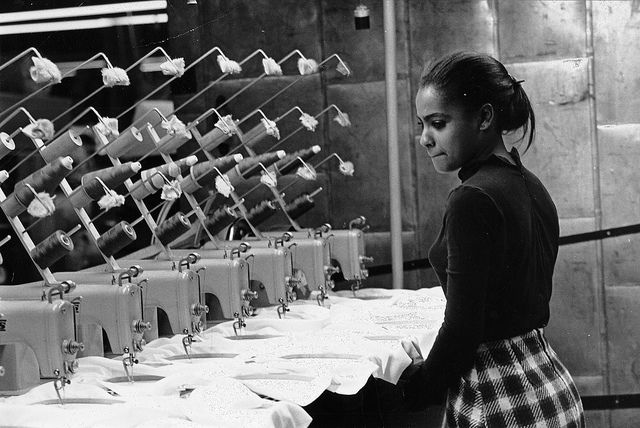 In case you missed it: 6 Things You Didn’t Know About Fast Fashion.

Last year, I jotted down a few things the average shopper probably doesn’t know about fast fashion. (For example, did you know that outlets like Forever21 and H&M deliver new styles to their stores every single day?)

I didn’t know about those things, either, until I launched my own independent clothing company a few years ago. Since then, I’ve been inhaling facts about the industry and its evolution.

How did we get to a point where new designs can be delivered to a store every single day, profitably?

Fast fashion is rooted in a manufacturing model that developed in the U.S. in the 1980’s called “quick response.” With time, advancements in technology and faster-changing trends (due in large part to the internet), fashion has continued getting “faster” in the last three decades.

We now live in a world of micro-seasons, YouTube fashion blogger “hauls,” unbelievably cheap prices, and chemical applications to nearly all of our clothes. While this is just a short list of what’s wrong with fashion, it highlights some of the big problems:

In 2011, Forever21 stole a textile print designed by Feral Childe, a USA-made eco-label. (Forever21 regularly rips off runway looks from bigger designers, but this particular instance hit home with indie brands). To date, over 50 designers have claimed that their creations have been stolen by Forever21.

Other companies like Urban Outfitters, Anthropologie, Nordstrom, Madewell and Fab.com have been accused of ripping off products, brand names and even copy from etsy sellers’ pages. Most times, legal action isn’t an option for small brands when it comes to copyright infringement because of the expense (into the tens and even hundreds of thousands of dollars).

2. Unsold stock ends up in landfills or developing countries.

Hang out by a dumpster near the mall long enough, and you’ll see that companies regularly “mutilate” unsold stock and throw it away. This practice garnered national attention in 2010 when the New York Times ran a story about H&M’s NYC store dumping cut-up clothing.

It’s a common practice in the clothing industry, because companies would prefer to destroy inventory than risk “diluting” their brand.

A second, and more common alternative, is to sell unwanted stock into the “rag trade” by shipping tons of bulk garments to developing countries. These garments are unbundled and sold in markets, which is a culturally worrisome practice for textile heritage and local maker economies.

3. Chemical use is well-documented.

We know more about the chemicals in our clothing than ever before. Greenpeace recently released the findings of a 2013 study at the University of Exeter (UK), where 82 children’s textile products were tested for hazardous chemicals. The study confirms that the use of hazardous chemicals is widespread, across many brands manufacturing in many countries.

The main chemical culprits are cadmium (used in dyes, and give our clothes their bright colors) PFC’s (used to make clothes water and stain resistant) and Phthalates (used to soften fabric).

According to Wikipedia, by 2011 there were nearly a quarter of a million “haul” videos on YouTube, mostly posted by young women. Our culture has become consumer-obsessed to the degree where we go shopping and post about our cheap finds on the internet, promoting a further cycle of consumption.

Fast fashion’s cheap, quick nature allows people to shop constantly, without regard to cost or origin. It’s changing our buying behavior and our connection to the things we purchase.

Fast fashion companies make it easy to buy disposable clothing, without any financial guilt. In fact, the entire fast fashion model hinges on one thing: that consumers will be so blinded by the low price, they won’t care how it was made.

The truth is, there’s a deep cost to cheap clothing—for environments, communities, health, culture, creativity. It’s our job, as mindful consumers, to take a stand against this multi-billion dollar industry.

Support and promote independent brands, thrift stores and upcycling efforts, and share this post with someone who might need to hear about the non-glitzy side of fast fashion. 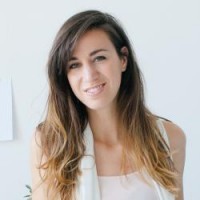