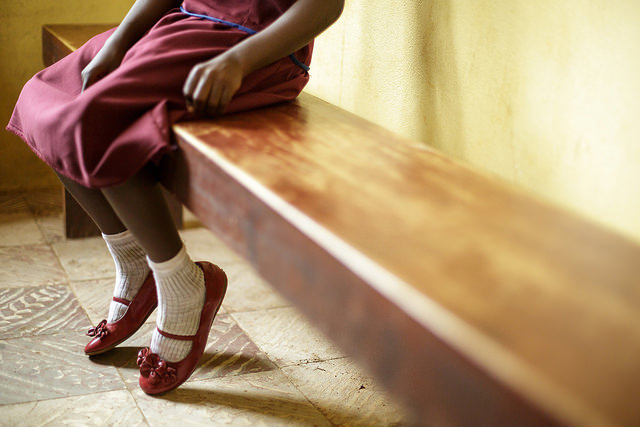 How often do we talk about our vaginas?

How freely do we discuss our sexuality, in this culture where many women’s rights are fairly secure, albeit not equal to men’s. Sexuality is often a private matter and when it gets down to discussing sexual anatomy, many of us choose to remain coy.

I wish I were about to initiate a deep discussion about liberating women’s sexuality from centuries of oppression—that will come later. Instead, I am writing today about a cultural “secret,” a taboo so insidious that many people either don’t know that it exists at all or are fuzzy on the details.

I am talking about female genital mutilation or FGM.

Secrecy keeps the practice alive in countries like Kenya, Egypt, Mali, Sierra Leone, but also in the U.K. and the U.S.—in 29 countries total (recently, 500 cases of FGM were diagnosed in one month in British hospitals).

Here is the “procedure” more than 130 million girls and women alive in the world today have undergone :

“In its most severe form, after removing the sensitive clitoris, the genitals are cut and stitched closed so that the woman cannot have or enjoy sex.

A tiny piece of wood or reed is inserted to leave a small opening for the necessary flow of urine and monthly blood, when she comes of age (most FGM is carried out on infants or young girls before they reach puberty).

When she is ready to have sex and a baby, she is “unstitched” and then sewn back up again after to keep her what is described by proponents as “hygienic, chaste and faithful.”

In societies where FGM is commonplace, a woman can bring shame on herself and her family if she does not comply. Some see it as a religious necessity—though no scriptures explicitly prescribe it.

Most often, the procedure is carried out by traditional circumcisers or preachers, using crude, accessible tools, such as thorns and thread, broken glass or razor blades and without anesthetic.”

In many countries, FGM has been outlawed, but prosecution rates remain low. In Kenya, for instance, FGM was outlawed in 2001 and a conviction for FGM related-offences carries a penalty of 12 months imprisonment, a fine of 50,000 Kenyan shillings (about $550 USD) or both.

The tradition, however, persists with relatively few prosecutions.

This is due, in part, to the silence surrounding the issue and also because in many communities where FGM is prevalent, it is part of a ceremony, a celebration of a girl’s transition to womanhood. Cutters—midwives, traditional healers, aunts and grandmothers—perform the act out of love, as a way to prepare a girl for potential marriage or to protect her from becoming a social outcast.

FGM won’t end until individuals and communities collectively declare an end to the practice and are given viable alternative rites of passage for girls to become women.

One Kenyan woman said in a Guardian article, “FGM and anything related to it is never discussed at home or anywhere else: it is regarded as a taboo subject. And this is one of the reasons that FGM continues; no one knows the details.”

Nimco Ali, an outspoken anti-FGM activist said in an interview with NPR, “It’s only in the last year that I have stopped being threatened by men and people who expect me to stay silent.”

As an outspoken advocate for women’s rights, and especially to break the silence that keep humans (and many women) silent and sick, I strongly urge you to add your voice to the collective rising voice against FGM.

Join us for this year’s Global Seva Challenge trip to Kenya and use your own voice to spread awareness and shed light where there has been only silence and darkness.

The Seva Challenge is an inspiring and empowering journey that takes participants from fundraising and awareness, building through to life changing experiences in the field—and in many cases a life-long commitment to conscious activism and service.

We have had seven years of successful Challenges bring us to Cambodia, Africa, India, Ecuador and Haiti and raising over $3,000,000 for organizations doing long term, on the ground work that matters.

Global Seva Kenya, jointly hosted by Off The Mat, Into the World and The Village Experience, will be working with The Tasaru Ntomonok Initiative and Samburu Girls Foundation—both whose primary objectives are to rescue girls from FGM, child marriage, domestic violence and physical/sexual abuse as well as offering and educating groups on alternative rites of passage ceremonies.

Funds will support the construction of a rescue center or “safe house” in each location that will provide health care, education, and protection from abuse and exploitation.

The incredible women leading these organizations are supreme examples of bravery, speaking truth and creative activism, each with a strong story of stepping out of the oppressive silence to challenge cultural practices, engage with communities and create alternative rites of passage for young girls to enter into womanhood.

They have rescued, kept safe and educated hundreds of girls and with the funds from Global Seva Challenge Kenya, will be able to create safety and nurture leadership for many more. Please join us in support of these women and girls and break the silence!

For more information and to register go to The Seva Challenge.

“My silence only serves to add to the shame around this harmful ritual and one of the most beautiful parts our bodies hold, so I dedicate myself to excavating my own discomfort as I continue to understand how much we are connected, no matter how far apart.”

Let’s Get Cliterate: One Woman’s Mission to Educate the World. 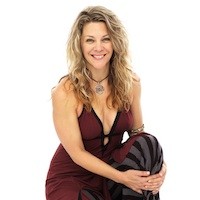