How do We Know We’re Ready for a Relationship? 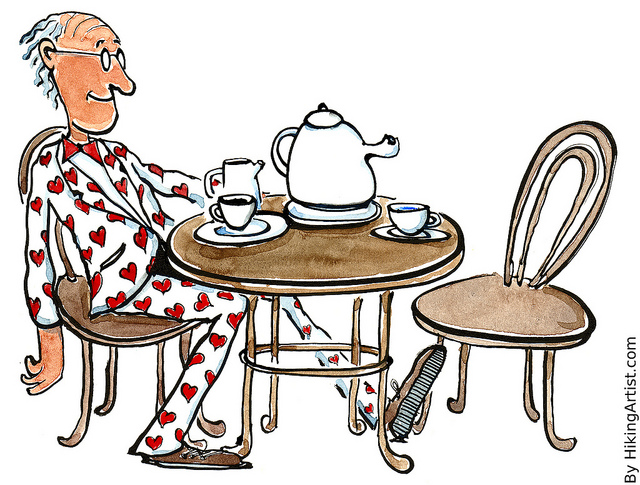 My whole life is about relationships.

I am a therapist, interfaith minister and host of a radio show called It’s All About Relationships.

I teach about them, preach about them, speak about them, write about them and, yes, delight in them when they are healthy and loving. I was, for six years, a greeting card text writer who would pen mushy love cards for other people’s unions. An astrologer friend has told me that most of my planets are in Libra, which means I am geared toward mating and relating.

Confession time here: I haven’t been in a committed romantic liaison for more than 16 years, since being widowed at 40. I have had short term relationships and friends with benefits. I can list lots of reasons why that is so, as well as what I have done in the interim.

Initially, it was too soon and there was a lack of readiness. Then I was busy raising my son. Then I wasn’t sure what I wanted. Then I was immersed in exploration of various relationship forms. Then I was re-inventing myself in every way imaginable. Then I jumped on the internet dating merry-go-round.

Then I got off the merry-go-round since it was dizzying and it felt too much like a cross between an intimidating job interview and an audition. Then I went to singles events. Then I created Vision Boards, made lists of the qualities of the ideal relationship, wrote about it, imagined as if it were already in my life, used Feng Shui and designed rituals to invite this person into my life.

Then I longed for one and wondered what was wrong with me, the Grand Universal Plan, “this picture,” that I was still single. Then I looked around and saw that I had many single friends and none of them were losers either. Then I surrendered the outcome. Then I faced my fears that I would attract a partner with whom I would have another dysfunctional relationship or who I thought I needed to take care of, as had been my pattern.

Then I thought I needed to use my magical morphing skills to shape shift into who/what I imagined someone might want me to be. Then I stood on the edge of the proverbial cliff and wondered whether I could leap into the chasm, trusting that the water would be warm and welcoming or questioned whether there would be sharks or eels waiting to gobble me up. Then I immersed myself in career building and was too busy.

Then I almost literally worked myself to death and had a heart attack.

Then I did a whole life makeover, including loving and accepting the woman in the mirror as is, solo or partnered. Then I embraced being single and offered myself the same kind of loving attention as I welcome from a partner and with which I would shower a partner.

I have a full, rich life, complete with friends, family, activities, color, pizazz, creativity, fitness and adventures. Whoever the One is would inherit all of those treasures.

The weird thing is that I observe wonderful, juicy, committed partnerships every day and yet, it has been such a long time for me, unimaginable at first, that it would feel like learning to walk all over again. The good thing about that is that I will enter into it with eyes and heart wide open; knowing what I want and what I would cross the street to avoid calling into my life.

I had what I have been referring to as a full circle experience last weekend when I attended a concert in the same Unitarian Church in Philadelphia at which I heard Ram Dass speak in 1986. On that auspicious evening nearly 28 years ago, during the intermission, I met the man to whom I would be married for nearly a dozen years. I had not set foot in the building since then.

As I sat in a comfy pew, surrounded by kindred spirits, I offered up a prayer of gratitude for the ways in which I have evolved into a person who knows she is worthy of love, when doubt sometimes reared its snarly/gnarly head.

The young woman who walked down the wedding aisle way back when was but a babe in the woods compared to the seasoned woman who is now typing these words.

I dove in, quite unconsciously, and in many ways sleep-walked through the marriage, sometimes feeling like I was on auto-pilot. At 28, I felt unprepared to blend my life with another’s so completely, that it seemed at times, I had lost myself in attempting to become a chameleon. These days, I know that what I have created for/with myself is capable of symbiotically and organically blending with someone else’s dream, but not in a way that I would have me selling my soul as I felt I had done back then.

Cue “What I Did For Love” from the musical A Chorus Line.

Friends of mine, bless their hearts, tell me that I have raised my vibration to the point that I will only attract someone who resonates with it and that perhaps whoever it is may already be in my life, as if hiding in plain sight and I just don’t know it, or that, even though I was told by a talented psychic a few years ago, that “your Muse will be your partner,” perhaps the writing that the creative inspiration compels me to offer will introduce me to the One who will be the human inspiration as well.

I have a friend who met her husband when she opened the door while at a party and he was waiting on the other side of it, ready to step through. I had the pleasure of officiating at their Central Park wedding more than two years ago.

I am now opening the door.

If I were to interview a hundred people about this topic, I would likely hear that many stories about love and loss, hesitation and trepidation. What I observe:

Those who are relationship-ready, paradoxically, know that they don’t need to be with someone and can thrive either solo or partnered.

People who have done their own healing work to patch up the heart and soul boo-boos that they have encountered along the way are better able to move forward into new relationships.

Folks who have ended the blame and shame dance with former partners and have made peace with their past, are likely to have a more enjoyable time on the dance floor, without stepping on toes or getting theirs tromped on.

When someone can consciously acknowledge that they are complete in and of themselves and need not invoke the gag worthy line from Jerry Maguire “You complete me,” they can welcome in someone, who is instead, their complement.

Getting to really, truly know the woman or man in the mirror and what you desire and being able to ask for it, allows it to enter.

Knowing that you are worthy of limitless love, calls it into being.

I would love to hear your ready ….set… go stories. Feel free to share them.

What Loving an Emotionally Unavailable Man has Taught Me.