How to Look After Ourselves in a World Gone Mad. 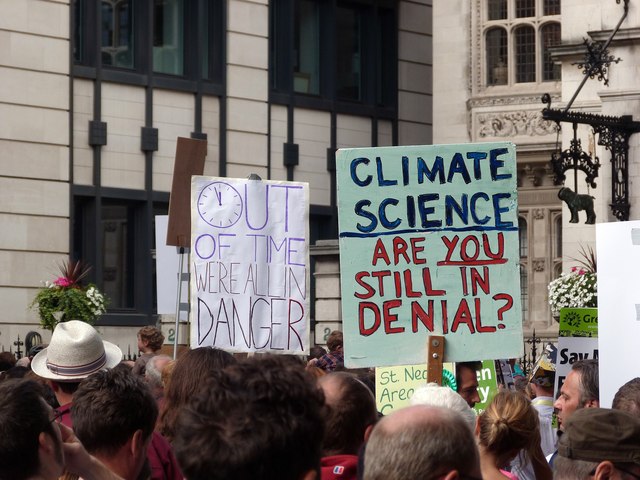 Everywhere we look it’s like we’re living in crazy town.

For starters, most of the governments of the world advocate for backwards laws which seem so surreal it’s hard to believe it’s true.

Natural and effective medicines are suppressed, our privacy increasingly invaded and corporate-benefiting and community-destroying regulations are being put in place.

The politicians are turning a blind eye to the capitalist circus—the inaccurately labelled “free market”—which funnels the wealth and resources to those who already have it.

The same goes for the military-industrial machine, the massive war-on-drugs policy failure and the damage to our planet. Where is the orchestrated salvation for a poverty stricken, unhealthy, mentally imprisoned and highly unequal global society?

Geopolitical games are endangering life as we know it. Economic warfare is crippling the security of the masses, nations on edge are scrambling to protect their futures and a nuclear threat looms on the horizon.

Wealth disparity continues to increase with thousands of children dying each day from poverty and millions living homeless in both the so-called developing and  developed nations. Our global financial system is also on the verge of not just a crisis, but a collapse.

Multinational organizations are producing large droves of brainwashed minions who over-consume in an unsustainable and self-harming fashion. Corporatism and elitism are running the world through the infiltration of our political systems, and most of society doesn’t even know it because they have gained full control of the mainstream media. They continue to increase the hypnotism of lies and propaganda and omit highly important information that everybody on this planet should not only know, but be engaged in a healthy debate about.

The pharmaceutical industry is drugging our society with toxic substances that not only generate ill health, but kill thousands of people. The education system is designed to harvest robotic and productive economic citizens with little focus on developing emotional, psychological, philosophical, social and other life skills and knowledge. This is one source of why society is saturated in the pain and suffering of mental health issues, emotional dysfunction, spiritual desolation, existential crises, rampant addiction, obesity, suicide, family breakdown and interpersonal violence and abuse.

The truth is, society is at the whim of those in power who have dumbed us down and distracted us with an entertainment industry that produces an ego-based and image-driven narrative of existence. But it’s not just society that is suffering; our Mother Earth is also being imbalanced through human activity. Even though she will survive no matter what we throw at her, humans and animals don’t have the same luxury. The ecology of our planet is being destroyed by the fossil fuel industry and industrial agriculture is killing our natural systems—such as our soil, vegetation and animal colonies—in which humanity will bear the full brunt.

Not even the academic and scientific establishments can be trusted. They have lost their credibility through a dogmatic approach to their disciplines, mostly due to corporate funding arrangements, taboos, biases and establishment pressures, all of which have influenced the direction of careers and the areas that academics and scientists feel safe and supported to study.

In addition, our political platform is an embarrassment at the very least and self-destructive at worst. The dirty money that buys decisions made in our parliaments has an adverse impact on us, our family, our friends, our community and our home planet. Politicians simply don’t represent the people; they represent the corporate and financial elite.

How are we meant to not just survive, but thrive in this crazy world that we find ourselves in?

One approach is to be active in ways which do not support the system. This means disconnecting from the mainstream media and freeing the mind from its biased narrative. Of course it is important to stay updated with current affairs, however there are a multitude of alternative and independent news sites that provide a just and robust coverage of world events. Be vigilant, objective and holistic with research.

We are what we eat, which takes the temptation out of processed foods which are laced with toxic chemicals and are harmful to our health. Eating local and natural foods, as well as growing our own where possible, cannot go wrong. For those not aware of permaculture, which is the conscious design of natural systems by individuals and communities to ensure an abundance of food and other resources, then read about it here. Permaculture is an alternative to the harmful industrial-agriculture model and is the future of sustainable and responsible living on planet Earth. Every community will eventually need to grow their own food in more or less this way.

Never underestimate the empowerment of being engaged with and giving back to our local community. Cities have their benefits, but more natural environments have no competition. We need to build connections to activist groups which advocate on behalf of the paradigm shifts humanity is undertaking. Employment is also highly relevant; if the opportunity can be made to work in a local and ethical industry, then take it. After all, it’s better to be a part of the solution then part of the problem.

The general aim is to further disconnect from the matrix as a much as possible and provide our own needs as much as we can. Yet it’s still business as usual, which means getting on with the priorities of life, including finding peace with its roller-coaster ride. Generate self-care strategies which ensure healing and growth. Don’t spend time stressing and worrying; simply embrace and influence our world to the best of our ability. We also need to be the master of our emotions instead of allowing our emotions to master us.

Nothing makes crazy town feel so at home such as spending quality time with family, friends and the community. Cherish it. Find a stride in spreading good vibrations on all roads traveled. Stay on top of the evolving mindsets that humanity adventures into.

Igniting passion through creativity is also essential, such as painting, sport, cooking, gardening or dancing. This all provides greater purpose to who we are and the legacy that we leave behind.

Most of all it is integral to develop a philosophy which connects us to the universe. We can look to many sources to understand our union with reality, such as the quantum sciences, religion or spirituality. No matter what we personally resonate with most, as long as we treat our fellow universe and everything in it with the same love and respect that we should be treating ourselves, we’re on the right track.

It’s with these approaches we’ll have a good shot at leaving crazy town in the wake of our individual and collective awakening. In meantime, just kick back and enjoy the show.

If you want to know more on the challenges that we face as a global culture, read here.

Is Economic Warfare the Theme for 2015?

When First I Beheld the Earth.