How to Resolve “Crumbs in the Butter” Conflicts. 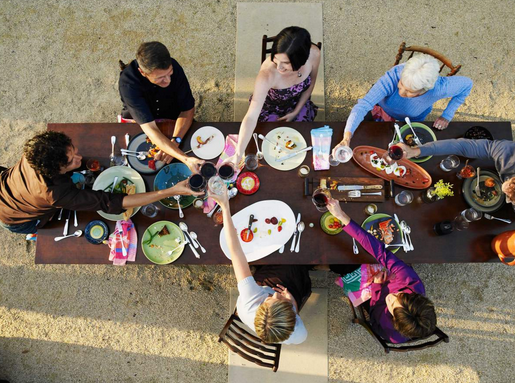 The dinnertime rule in our home is as follows:

Eat as much dinner as you want or don’t want, but if you don’t eat what is on your plate, there is nothing else until breakfast the next morning.

The kids know this rule inside out and backwards. Sometimes they push back, angling for a snack without having finished dinner first, but always without success.

This is a firm rule in our home.

Last night, I found myself arguing with my kids about how many carrots they had to eat at dinner before they could be excused.

Five carrots or seven carrots—I’m sure you can figure out which I was in favor of.

“There are kids starving in Africa,” flew out of my mouth.

To which my son replied, “Then give them my carrots.”

It was an exhausting 45 minute experience.

By the end, I was 100 percent out of patience. Arguing about carrots is tough work.

Sure, I was attempting my deep breathing disengagement strategies, but behind the deep breathing was a seething, frustrated, self-proclaimed ‘worst mother in the world’ parent lamenting because 45 minutes had just been wasted arguing over carrots.

Two carrots, to be exact.

I called my sister and relayed the evening’s events to her, looking for empathy, someone to understand the anguish those horrific 45 minutes caused me.

Her response? “Why did you engage?”

“They need to respect the food put in front of them.”
“They need to get enough veggies in their diet.”
“They didn’t eat their apples at lunch.”
“There are kids starving in Africa.” (Surely my sister could appreciate this fact more than my kids did).
“They don’t get enough exercise so they need to eat better.”
“I’m too busy to be dealing with picky/fussy eaters.”
“I just want to be able to enjoy dinner without fighting with the kids.”
“I spent 30 minutes getting dinner ready and no one every says thank you.”
“I…..”

And suddenly I realized why I engaged in the 45-minute carrot argument.

I was mad about something a colleague said to me earlier in the day.

I was thinking about a paper I had to write.

I was frustrated about something that happened at work.

I was feeling embarrassed that I was feeding the kids carrot and boxed pasta and jarred spaghetti sauce with hotdogs for dinner.

I picked a fight with my kids over two carrots because I wasn’t present, I wasn’t clear on my end goal, I was unhappy.

And because I wasn’t where I needed to be in my head, I let our long standing dinnertime rule disappear and I picked a fight with the kids over carrots.

I ruined my mood, the kids’ moods, the dog’s mood and the game of Monopoly we were going to play when dinner was over—all over two carrots.

There was no danger in the kids not eating two carrots; they would not have starved to death.

I call these types of fights “Crumbs in the Butter Conflict.”

Crumbs in the Butter Conflict Definition: An argument that your ego has attached itself to winning but is not life threatening for anyone involved, regardless of who wins or loses the argument.

Actual crumbs in the butter are one of my biggest pet peeves.

I see those little black and brown flecks in the beautiful, creamy yellow butter and my blood instantly boils.

Unfortunately, for me, my spouse could care less about crumbs in the butter. Ditto for my kids.

And they make zero effort to try and keep the butter clean and crumb free.

I used to get so angry at their inability to see the crumbs, to not even TRY to be aware of them so that they could pick them out, so that I wouldn’t have to suffer through having to look at them.

Again, it was my sister, who pointed out the obvious,

“Why are you engaging?”

Because it drives me crazy!

Because they are doing it to annoy me!

Because they only care about themselves!

Because they are being lazy!

Because I don’t ask for much, could they do this one thing for me?

“They aren’t trying to drive you crazy, they just don’t care, so they don’t put in the effort. It’s you who is making a big deal over this. Get your own butter that only you use and move on.”

So I tried out her theory.

I got my own butter. I didn’t tell anyone about my secret butter stash. No one else seemed to care about the crumbs in the butter..surely they wouldn’t care if I had my own crumb-free butter?

And a really neat thing happened.

My spouse and children continued to leave crumbs in their butter.

But I no longer got angry about it.

And that’s how Crumbs in the Butter Conflicts work.

They seem like a really good idea at the time, but after a little reflection (or when your sister calls you out) you realize the argument might be more about you than the actual topic you are arguing about.

And with a little creative thinking (or call to your sister) you can resolve the Crumbs in the Butter Conflict for yourself, so that you aren’t affected by the conflict anymore.

What Crumbs in the Butter Conflicts are you engaged in?

Are you arguing over who will volunteer for little Suzie’s field trip?

Have you ever found yourself in an argument about what kind of toothpaste you use in your home vs. the kind used in your co-parents home?

Or how about an argument over what ‘Suzie’ eats for lunch (or doesn’t eat for lunch.)

Or an over argument over gloves vs. mittens?

All Crumbs in the Butter Conflicts.

Remember: Crumbs in the Butter Conflicts are not life threatening.

No one is going to get hurt if bedtime is a little later than usual. Little Suzie might be grumpy the next day, but she isn’t going to be hurt.

Soccer vs Baseball? Both are sports, both get Suzie active. Does it matter which one she plays?

The next time you find yourself in an argument with your co-parent, ask yourself if it’s a Crumbs in the Butter Conflict.

5 Questions to ask yourself whether or not your conflict is a Crumbs in the Butter Conflict:

Will anyone die or get hurt if I disengage from this conflict/argument?

Am I worried that losing this argument will set a precedent?

Why am I trying so hard to win this argument?

What are three possible alternative outcomes to this argument?

In 10 years time, will the outcome of this conflict be of any value?

5 Ways to Cope with Family Conflict. 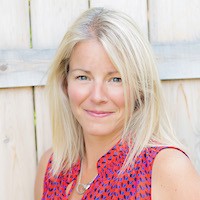