I am Not a Glittery Unicorn. 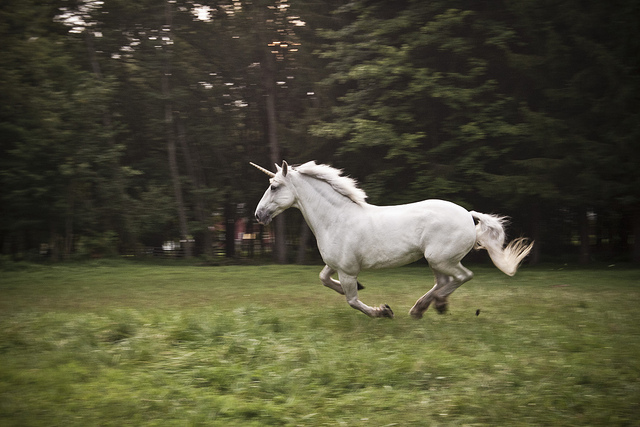 I had a day deliciously free of other immediate obligations.

I used it for laundry and a thorough cleaning of my homespace, as well as other important things like Facebook stalking “elebrities.” Elephant journal semi-celebrities—in case you didn’t catch it.

I wove through the Facebook page of someone whose writing I don’t necessarily gravitate toward, but whose energy I am drawn to. She has the classic wild, wavy hair and various jewelry and other adornments that are popular in the rainbow/unicorn crowd right now. That and she talks about nudity a lot.

I was scrolling through her posts, when suddenly I saw a note from another “elebrity “that I admire (read: have a giant crush on) and I suddenly had this moment of sadness.

First of all, I felt jealous because I don’t have attractive men, who I have giant digital crushes on, posting on my wall (yup, classic jealousy rearing its head here.)

I’m not out there in all my rainbow unicorn glory with long, flowy hair and beach/sunset profile pictures. I don’t express my secrets of the universe in ways that people are inspired by and that draw out their own rainbow unicornness.

So, people aren’t connecting with me, because I am not out there, expressing myself. This is not only on the interwebs, but also in real life—I’m an introvert. And there isn’t anything more hard than being an introvert—but who isn’t shy.

Although the emotion that rose was classic jealousy, it also wasn’t. It was a deep knowing that I don’t want to be something I’m not, and because of that, I won’t get the same opportunities other people have.

The second thing that came up was that it’s okay.

I’d much rather be doing other things, that won’t necessarily amount to me being seen doing them. Yeah, I want to be on a beach during sunset, but if my personality were live-posting it all over Facebook, I’d be coming from a disingenuous place in myself. I’d be coming from some hurt or neediness that my ego wanted to cover and then scream, “look at the pretty bits because the other bits are no good!”

Now, let me be perfectly clear, I don’t think this is where true glittery unicorns are coming from. And hey, maybe sometimes they are and that’s okay, too.

The resulting realization is that I’m okay being me. I might not always know exactly what that means, in every single circumstance, but I do know that I trust myself to figure it out.

Where I live, hippies are few and far between.

When I was young and finally found my hippie crowd—flashes of colorful people with whom I shared values and ideologies—within a culture of grey, I was pretty happy.

And then I was pretty confused. Was I supposed to dress like an elf in order to assert my membership into this substratum of society? Just how many feather earrings was I supposed to wear?

Eventually, I settled into a true expression of myself in that crowd. And I didn’t have to wear a pointy hood to do it.

Of course, later I found yoga, and discovered with great relief that all along I’d been a yogi, not a hippie—but that’s a story for another time.

So, here’s to all the sleek lionesses roaming around cities and countrysides. To the well-groomed hippos that lumber among their grey counterparts in perfect camouflage. To the meticulous ants who gather the needs of their households day in and day out.

Here’s to the rest of us, united with our glittery unicorn friends but decidedly, and purposefully, different.

This is For the Women Who Don’t Give a F*ck. {Adult}