I Got Caught Cheating on my Yoga Teacher. 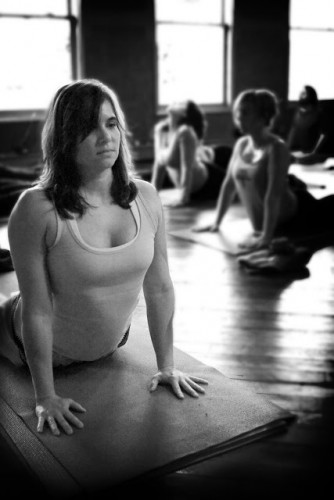 I used to practice at an Ashtanga studio five to six times a week, and it was lovely.

I found solace in the challenge of the sequence, the yellow walls and cork flooring.

When I found the practice, my relationship was in peril. I was coping with loneliness and anxiety and pondering my life’s purpose.

I had recently sold my yoga studio in New York to relocate to a docile, conservative neighborhood in New England where I spent years toiling over a fixer-upper that never seemed to get fixed up.

My first class there was humbling, to put it mildly, yet I was immediately drawn to how cool everyone practicing seemed.

The practitioners moved effortlessly, floating back and dropping down into stunning backbends and chaturangas. The class was structured, tidy and extremely challenging. There were no props, no eye pillows at the end and no music.

It was bare bones and pure and I wanted in. Its streamlined simplicity made me feel like there was a clean slate before me.

I began taking classes a few times a week, hanging back and modifying in a corner as I set my ego aside and learned the practice.

Months turned into years and I absorbed everything from the Ashtanga lineage.

Books, videos, workshops—I was all in. I was in the inner circle and began training to teach beginner level sessions. In Ashtanga there are different levels that one moves onto after your teacher thinks it’s time for you to progress. So, I was eventually asked to start studying second series, which involved more intricate and dynamic asanas.

I became an official Ashtanga yoga snob, and scoffed at all other styles.

Then a good friend invited me to practice at a hybrid studio one town over. It was fun to get away from the strict classes I had been taking and teaching to enter into a much more playful zone. Music, incense, poetry quotes and lots of props peppered each class.

I started alternating between the two studios and was having a blast with my new eclectic yoga practice…until the night I showed up at the ashtanga studio and my teacher pulled me aside.

“Have you been practicing at another studio?” he asked. “We saw your car in the parking lot. They are not teaching true yoga there, I hope you know.”

He went on to say that if I continued to practice there I could no longer teach or advance with my second series studies.

How could it be that my teacher, someone I trusted to take me into intense poses (including crazy inversions and backbends that once terrified me) was now giving me an ultimatum?

I argued that there was no harm in practicing various styles and that it could perhaps make me a better instructor.

He had none of this, and was insistent that I drop the other classes immediately. I stayed and took class that night, but felt anger welling up inside of me. I rolled up my mat and walked home to ponder my next move.

I chose to jump ship and went full throttle at the new studio.

I eventually began teaching there and it opened me up to a new world of fun-filled classes. I taught gentle, power, restorative, kids and guided meditation.

We had drumming circles and kirtan events and potluck dinners and I felt so alive and happy to be a part of a new yoga tribe. My sadhana (or home practice) remained pure ashtanga and I even brought many aspects from that lineage into my new classes.

I learned that cheating on my yoga teacher wasn’t such a bad thing after all, and that it was his “stuff.”

I walked away from that studio, but the Ashtanga practice will always be a part of my life.

I’m so grateful to say that I’ve since trained with many other Ashtanga instructors who did not share his fierce aversion to my having an eclectic practice.

If you find yourself studying with a teacher who makes you feel trapped or confined in any way, perhaps you could take a step back and try some new teachers.

I did and I’m thankful every day for the myriad of amazing styles and instructors out there!

Things Your Yoga Teacher is Dying to Tell You (But Probably Won’t). 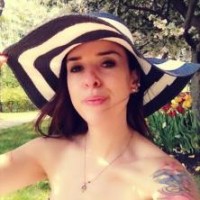