I can not recall a time in my life where I didn’t struggle with depression.

I feel that most of my depression stemmed from a nagging sense that something in my life was missing. No matter what I accomplished, I always felt I was in a race to be more, do more, get more. I couldn’t figure out what I was missing, or what needed to be fixed, but my inability to find it was causing me a great deal of pain and struggle.

Despite that feeling of struggle, I continued to do the best I could with my life. I made daily efforts to fill that something sized hole with things like success, money and professional accolades. My efforts were admirable, at least.

But, as many wise people say, “Money doesn’t buy happiness!”

Try as I might, I could not prove that theory wrong, and believe me, I tried hard. Not only was it ineffective, but looking back, I now see how counter productive my efforts have been. The more I chased the money and the stuff money buys, the harder I had to work to keep up with it all.

So, the race was on! There I was, out in front, being chased by no on but myself.

The “happy” me that everyone saw was being relentlessly pursued by the real me. The hardest part about this type of race is that no one else could see it happening, it was all in my mind. But I knew that if I let the real me catch up, the “happy” me was not going to be so happy. As badly as I wanted to win this race, it was impossible and exhausting.

There I was, a successful salesman driving through Western Kansas, still three hours from my hotel room.

I spent a lot of time on the lonely road, as most successful sales people do. I worked hard and the hard work paid off, at least in the form of money.

During my drive, I was suddenly gripped with a sickening panic and it started to sink in that everything I had done, every decision I had made, was done so in an effort to maintain a lead in this impossible race.

At that moment, my whole life seemed like a terrible game and I was losing!

The only solution I considered, was to end my life right then and there. I was driving at 70 miles per hour and I literally felt like I was fighting myself to keep the car on the road. I was so tempted to jerk the wheel hard to the right and hope that I wouldn’t survive!

The only thought that kept me on the road was, “What if I did survive, what then?” I can’t recall how long this battle went on, but the real me was winning—I think. Regardless, I had to stop the car. I pulled over to the side and tried to figure out what to do. How was I supposed to continue from there?

I decided I was so deep into my “happy” life that there was no immediate escape. I had no choice but to continue as I was, at least until I could figure out the answer. As exhausting as it felt to be chasing myself, it was much more exhausting to be living a double life (my “happy” self and my real self neck and neck).

The constant juggling felt impossible. So, for a of couple years, I worked on figuring out, “How do I continue from here?”

For most of that time, I lashed out, by being unhappy in my job and I tried to blame it on life circumstances. I had no idea how else to cope. I certainly didn’t know how to explain what I was going through to anyone else, which meant I wasn’t going to ask for help. I didn’t fully understand it myself. All I felt was there was only one seemingly clear way to escape this situation—suicide.

Ironically, the me that was considering suicide was the “happy” me. The “happy” me was the one who worked hard to create the life around money and professional success. That version of me who had put so much effort into faking it was the same version of me that was willing to end my life instead of facing the reality that I failed to outrun the real, genuine me.

All while I was wrestling with the decision of what to do with my life, whether to end it or change it—came a completely unexpected opportunity.

I was invited to volunteer, by someone I couldn’t refuse. I had never volunteered or given my time to someone else, who would never repay me. I was so busy living my own double life that serving someone other than myself hadn’t ever crossed my mind.

Reluctantly, I agreed to go. I had no clue that doing something so simple as volunteering could change my life in such a profound way.

That day, I felt real joy for the first time in a very long time. I felt the joy that only comes from having a real sense of purpose and being part of a bigger picture.

I was immediately hooked.

I started to volunteer regularly.

That is when the idea for Project Helping came to me. I stumbled across the amazing benefits of helping others and I wanted to create a space for others to experience the same joy. I am almost one year in to running Project Helping. Every day is a new adventure but every day I am helping people who are in a similar situation to the one that almost cost me my life.

The most surprising part of my experience is that the me that I was terrified of, the real me, turned out to be the happy one.

While I’m still getting to really know myself, I’m pleased to say that, I like the real me much more than the me I thought I should be.

There’s no more racing, just me walking down the path trying to figure it all out.

What I have learned thus far is that truly being happy is being wiling to take the chance that you, the real you, no matter who you are, is pretty amazing.
~

Six meaningful Ways to Help Others. 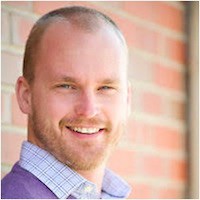