The Climate Wars Have Begun in Nigeria. 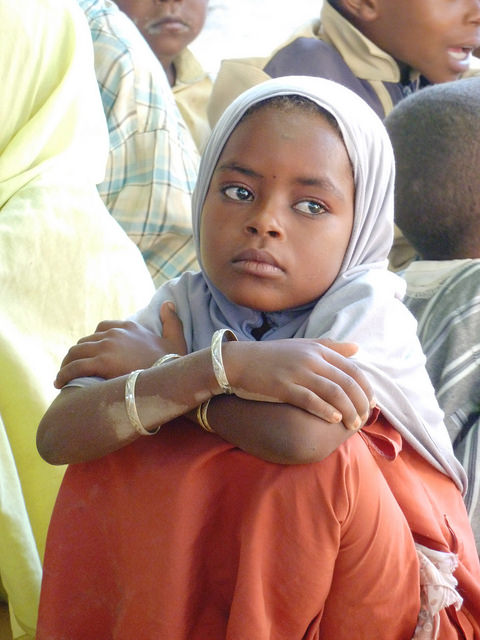 If you want to understand why radical Islamists in northeastern Nigeria have been kidnapping little girls and massacring villagers, you would do well to look less to Islam and more to your own tailpipe instead.

Boko Haram is largely a consequence of climate change, which has been drying out the African Sahel, the wide belt of grasslands south of the Sahara.[1] But the processes of climate change tend to be slow and imperceptible, so we usually see only its symptoms, like some thief in the night who leaves only fingerprints. And so we have failed to trace the Boko Haram connection.

Nigeria is a huge country, accounting for roughly a quarter the population of sub-Saharan Africa. And Boko Haram controls but a small portion of its northeast around Lake Chad. This once great lake in the heart of Africa supports the livelihoods of roughly 30 million people and provides water to about 68 million. But over the course of the last 40 years it has shrunk by roughly 90 percent. The United Nations Environment Program attributes about half of this decrease to patterns of grazing and overuse and the other half to climate change.

This follows a more general pattern of regional desertification. According to the U.N., Nigeria loses 1,355 square miles of crop and rangeland to desertification each year. Population pressures diminish the size of already overworked farm plots, and this only compounds the climatic effects on the land. The result is malnourishment for every other person in the northeastern state of Bornu.

The dry season there is a hunger season. With scant food and little rain to replenish crops, men tend to abandon their families and look elsewhere for work. Left to fend for themselves, the women often place their children under the care of religious teachers. And this is where recruitment for Boko Haram is intimately tied to desertification, suggests Greg Abolo, a Nigerian public affairs analyst.

Abandoned children struggle with developing healthy attachments. Most become either too attached or too avoidant in their relationships. But religion is an extremely powerful source of group bonding, which ties people together through shared rituals and beliefs, and might therefore serve as a substitute family. This bonding through religion can come to the fore when environmental conditions disrupt settled ways of life. Add to this large numbers of unemployed young men, with little hope for the future, searching for a sense of connection and purpose, and the ground is laid for the cultish fanaticism of a quasi-religious movement like Boko Haram.

Nigeria consists of three main tribal groups, the Christian Igbos, the Muslim Hausa, and the mixed Yoruba. Most people vote along tribal lines, for ruling parties reward their fellow tribal members with jobs and other perks. This makes political campaigns a bit like intensive get-out-the-vote drives in which campaigning consists of a sort of rallying of troops. This can be destabilizing, especially in a country where democracy is not yet consolidated. And there are many who fear violence in Nigeria’s upcoming elections.

The balance of power among the tribes is a sensitive issue, for the system is highly prone to violence, suggests the Nigerian, Prince Oluwatomisin Oyetunji. Using the full force of military might against Boko Haram thus runs the risk of strengthening the rebellion. It is a danger American troops have all too often confronted in their own war on terror. And yet, the inability of the much larger Nigerian army to defeat this small insurgency has resulted in finger pointing all around.

Boko Haram has its origins not in the larger Muslim Hausa tribe, but rather the much smaller Kanuri tribe, which has long been centered around Lake Chad. The tribe consists of the remnants of a pre-colonial empire that has long resisted outside influence. While the world outside Nigeria may view Boko Haram as an Islamic problem, a closer look reveals environmental stresses, contributing to poverty and inequality for the members of this and other marginalized tribes.

The insurgency is symptomatic of more endemic problems, and addressing these will require more than military might. Nigeria needs to devote more resources to poverty alleviation. But freeing up these resources may require purging the system of tribalism, which tends to result in passing wealth to the most powerful tribes. Economic development can make this easier, for it makes it possible to pay higher wages to civil servants who might otherwise be tempted to corruption. And it would free up tax dollars for building a stronger social safety net. Nigeria also needs to fight desertification, and it can do this through soil conservation, better grazing practices and widespread reforestation.

The climate wars have already begun in Nigeria. It is a state burdened with poverty, corruption, tribalism and desertification. It is out of this milieu that Boko Haram has arisen. But Nigeria has many strengths through which this militant movement might be overcome. Nigeria is in the midst of a democratic and economic transition. And it sometimes seems as if Nigerians themselves are experiencing a literary and spiritual renaissance. Nigerians can be strikingly optimistic and intelligent. And they are making use of their increasing levels of education and access to social media to re-envision their futures. Boko Haram is but a small part of this much greater country that is gradually awakening. Perhaps we should focus less on the tired old theme of militant Islam and more on the social and environmental inequalities out of which they have arisen. Then we might apply Nigeria’s strengths to overcoming its weaknesses.

1. The climate change that is occurring in the African Sahel is almost certainly human induced, but it is not caused by the accumulation of greenhouse gas emissions in the atmosphere, leading to warmer global average temperatures. Rather, the latest climate science suggests it is caused by the accumulation of aerosols in the atmosphere, which also come from our tailpipes, among other places. These particulates grew throughout the mid-to-later part of the twentieth century, but they are now diminishing due to clean air legislation, even as greenhouse gas emissions continue to accumulate in the atmosphere. The decrease in aerosols appears to be leading to higher rainfall in the Sahel over the past few years. But higher average temperatures will lead to increasing evaporation, making for a dryer climate in which there are more flash floods. So, while Lake Chad may continue to fill back up as we get more clean air legislation, the disruptions of an already fragile rural culture in northeast Nigeria will continue due to climate changes brought about by higher global average temperatures. And if that was too nuanced and complex, just take note that human induced climate change led to the drying of Lake Chad.