The IQ is Meaningless. “The IQ is meaningless.”

That doesn’t come from me. That comes from Dr. Roger Highfield, the director of external affairs at the Science Museum in London and the first man to bounce a neutron off a soap bubble. He was commenting on one of the largest online surveys ever conducted on this subject and part of a study he co-authored, now published in the journal Neuron.

The Intelligence Quotient, or IQ, is commonly considered a representation of your raw intelligence.

At least, that’s the folk wisdom. But the folk wisdom is wrong. The scientists who came up with the most common IQ test in the Western world, the Stanford-Binet, created a test that measured a whole bunch of different things and combined them in such a way that half of the people taking the test would score above 100 and the other half would score below. It was so popular because the score one got tended to be remarkably stable over time.

All of a sudden, we believed that we had finally got it, a straightforward measurement of someone’s base level intelligence. Why? Because the score didn’t change!

Because this was 1916 (not that things would necessarily be much different now), the IQ was then delivered globally and conclusions were drawn based on gender, social class and race, thereby feeding justifications for a history of discrimination.

You would think, however, that when the measurement gives Quentin Tarantino and Sharon Stone an IQ similar to that of Albert Einstein, your comparisons might not be illuminating those essential qualities of a person’s potential (success isn’t always indicative of intelligence, and we’re about to find out why).

To know whether we can measure IQ, we’ve got to know what intelligence is.

Unfortunately, we don’t. It’s really hard to quantify (hence the excitement over the Stanford-Binet IQ). However, we do know that it’s made up of a few broad categories such as short-term memory, reasoning and verbal agility. There are more, and they are often known by different names, but these three were found by Highfield’s study to be entirely handled by different nerve “circuits” in the brain. As such, there is no possible way that a solitary measure could capture intelligence. Each circuit would have it’s own individual capacity which would vary from person to person. Adding the circuits together comes out with a number that’s fundamentally meaningless; a number that tells you nothing about the individual’s ability and, as the study showed, cannot account for the variation between people and between tests.

Like the heroes in Shakespeare’s tragedies, the IQ is fundamentally flawed.

“It has always seemed to be odd that we like to call the human brain the most complex known object in the Universe, yet many of us are still prepared to accept that we can measure brain function by doing a few so-called IQ tests.”

So what does IQ measure? Well, they measure developed skills like general knowledge, comprehension, vocabulary. Like abstract reasoning and problem solving. Like awareness of the world. None of these things necessarily relate to one’s baseline intelligence. In fact, if you introduce the right stimulus to someone, the scores can change dramatically over time—something we knew as early as 1941 according to the Berkley Growth Study.

And what are these stimuli? Well, when summing up about 50 years of research by a slew of famous scientists, Psychologist Stephen Ceci wrote, “IQ scores can change quite dramatically as a result of changes in family environment, work environment, historical environment, styles of parenting, and, most especially, shifts in level of schooling.”

It’s almost as if, rather than measuring intelligence, IQ is merely a representation of the opportunities one has been afforded (or that they’ve had the nerve to take).

So how can we change our IQ? Or more importantly, how can we reveal more of our actual potential?

Well, we have to give ourselves opportunity:

~ Our children must feel safe and secure in their home and family environment, so they aren’t concentrating on satisfying their needs during the critical periods of growth, but are instead exploring, playing and so developing their brains.

But, perhaps most relevant for those of us well past our childhood:

~ The historical environment speaks to current events. If you’re in the midst of a war, your IQ might not quite reflect your talent. Even the stress of, say, threats of terrorism might be impacting your true potential. Similarly, if there’s stress at work, you’re equally likely to have a lower IQ score. Less stress means less distractions and a mind liberated thus can be an extraordinarily powerful thing.

~ Finally, Ceci spoke to our schooling. If our education is lacking, we lack those fundamental building blocks that lead to higher levels of learning and performing. Learning must be continuous and of high quality for one to reach their full potential.

What does this mean? Well, it means that if we had a crappy childhood, we might be set back, but we’re not stuck.

By working on reducing the stress in our lives, in our homes, in our families, at our places of work and from the world around us we can vastly increase our intellectual performance.

As for learning, you’re on the right track (you’re reading this!), but the more learning you engage in and education you receive, the more your underlying potential will reveal itself.

It’s not your IQ‚ it’s how you get there—so get there!

Kohn, M., & Schooler, C. (1978) The Reciprocal Effects of the Substantive Complexity of Work and Intellectual Flexibility: A Longitudinal Assessment. American Journal of Sociology, 84, 24-52. 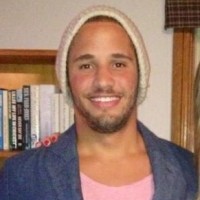