We are Allowed to be Happy. When the bud of complete happiness begins to bloom I’ve become conditioned to whither the bloom with thoughts of why I’m not allowed happiness in that moment.

I’ve become an unintentional master at procuring negative thoughts that serve to diminish, or even eliminate, that beautiful flower of joy.

Why? Why must I diminish the bud, the bloom and the flower? What would happen if I passed through the resistance and found myself in the still state of allowance? I choose to allow happiness.

The freedom of this choice came to me one morning when I was sitting under a comforting gray sky, holding the hand of my child in a rare moment of stillness and silence. We were soaking in the fresh grass that had surprised us after the last rain, and I felt complete happiness beginning to unfold within me.

This unfolding progressed, until I remembered that it wasn’t allowed. I had let my child watch a television show hours before, while I made a long phone call, and as a result, had guilt stewing in my gut. So, there was no place for complete happiness if I was still holding onto that guilt, right?

As I sat with this, attempting to silence the piercing whisper in my head, telling me to be righteous and shun the “undeserved” happiness, I was struck with the simplicity of the situation. I could allow the complete happiness; it was a choice, just like choosing to cook eggs instead of pouring a bowl of cereal for breakfast.

The piercing whisper was offended by this thought. It was offended by my audacity at the notion that choosing happiness was as simple as choosing a breakfast option. But why not? Why couldn’t I choose to be happy right in that moment?

I knew I was feeling guilt for a reason, and I would likely harvest an insight from the guilt at a later time, but why not let the complete happiness live in harmony with the guilt? The moment I considered this possibility, the happiness bloomed and released the guilt stewing in my gut. Wow. Could it really be that simple? Could the simplicity of happiness live in the power of my choices?

As I sat, holding the tiny hand of my child, the internal bud of happiness came to fruition and I watered it with my choice to allow it to persist and thrive. This choice did not arrive without moving through the following process.

Noticing. The initial occurrence in my process was noticing the first spark of happiness. I had never examined what that felt like before. I noticed a lightness and presence that accompanied the spark. I felt love, hope and acceptance for what had been, what was here and what was coming.

I felt a comforting acceptance in being where I was in the moment, and as I internally scanned by body I became aware of an absence of tension. My noticing of this happiness allowed me to discover where I am to go when I choose to allow happiness.

I felt the acceptance enter the top of my head and as it flowed down the guilt—the knot and hapless desire to live closer to perfection washed away. These feelings did not need to disappear for the happiness to survive; the dissolution was just a pleasant byproduct.

Release. When I became aware of my state of happiness I immediately grew concerned of its past fleeting nature. It had never stayed long in the past, so I must do all I can to prevent its retreat. Not surprisingly, those fearful thoughts of loss diminished my joy. I then chose to release my pining for a constant state of happiness, and just be with whatever was there in the moment.

As I practiced this release, I noticed the happiness begin to bubble within me again. It was quite a pleasant little dance that I curiously observed.

Notice, accept, release—notice, accept, release. I wrote this mantra on my mirror, computer desktop and mind. At different times, these words have different meanings for me, but they’re always significant and impactful; they always spark my curiosity and openness to allow happiness to flow in, regardless of the mud that may have been slung at me a moment before. Maybe I can rub in that mud and garner some soul soothing benefits from it.

Let’s join together in allowing the happiness to flow into our lives.

Did we make a crucial mistake at work? That’s okay, we’re still allowed to be happy.

Did we argue with our partner? That’s okay, we’re still allowed to be happy.

Did that piercing whisper in our mind tell us we’re not good enough? That’s okay, we’re still allowed to be happy.

We are entitled to happiness, we consent to joy, we permit the manifestation of miracles, we give permission to the miraculous, we sanction serenity, and we approve the bliss.

Let it be so 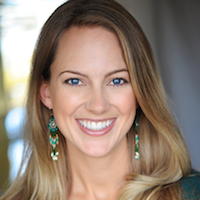