What Extreme Winter Weather Tells us About Climate Change. 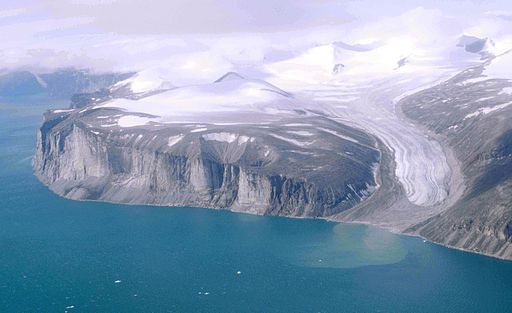 This has been a winter like no other here in the Maritimes.

Nova Scotia, New Brunswick, and Prince Edward Island have been hit with at least two blizzards a week since January and our cities have not been able to cope with the extreme waves of snow, ice, and unusually constant freezing temperatures.

This last Nor-Easter that lasted for almost 48 hours blew in more deep snow and the white out conditions were so bad that buses couldn’t run and shopping malls closed. The Confederation Bridge, which connects PEI with New Brunswick has been closed for days and the ferry that links Cape Breton to Newfoundland is once again stalled in thick ice and needs to be rescued.

Art galleries and even many churches and meditation centers were closed even on Sunday. People have been stranded at the airports and to get around town, when sidewalks are knee deep in snow, folks take to the streets! But that’s okay because most cars cannot handle this much snow and remain buried.

Even the snowplows and Bob Cats are breaking down.

Right now a little sparrow sits shivering near my birdfeeder. I haven’t been able to replenish the seeds because my back door, which opens outward onto a porch, has been sealed with three feet of snow for months. The sky is white and there’s no sign of Canadian geese returning anytime soon, even though it’s only a matter of days before Spring is technically here.

But noticing comes from communing with a place and I am grateful to be slowed down enough to notice.

Snowed in we have a chance to reconnect with our neighbors and immediate “hood.” There has been time to trudge through the snow to visit an elderly Lebanese neighbor who broke his hip while shovelling snow and ice. And while staying home, it has been good to consume less and just be.
But it is also good to be aware that climate change is increasing. The rising ocean temperatures are making strong storms stronger everywhere. I hear on the news that a cyclone has all but wiped out the tiny islands of Vanuato in the Pacific. And more and more island nations in that great ocean are being battered every year.

Cleaning up after these blizzards is outrageously expensive, and the inevitable floods that follow in the springtime are not cheap, especially when there is so much infrastructure damage. Across North America urban planners and engineers need to speak out and lead by informing policy-makers and the public how to upgrade our cities.

Community-controlled renewable energy can be cheaper than dirtier alternatives, and can actually be a source of income when energy is fed back into the grid.

A global transition to 100% renewable energy—wind, solar, tidal, and geothermal—is both technically and economically feasible by 2030 if there is the public awareness and willingness to meet this challenge. A wind farm typically takes 2-5 years to plan and build. Such renewable installations present dramatically lower risks to climate than either fossil fuels or nuclear energy—especially for those who live and work near them.

On February 24, President Obama vetoed the Keystone XL pipeline and Congress has not been able to override his veto. This is a victory on which to build an even stronger climate movement that could convince the government to at least put strict limits on the oil and gas industry. Left unrestrained, market forces will drive new ways to get hard-to-reach fossil fuels out of the ocean and hard shale—energy sources with even higher planet warming emissions.

Now Canada’s Prime Minister Harper is trying to send that dirty oil East and West through many First Nation territories. This bitumen is actually a semisolid form that is so difficult and energy-intensive to extract that the process is more than three times as intensive as extracting conventional oil. This notorious oil comes from the Alberta tar sands, a charcoal desert of waste and tailing ponds where there used to be a huge boreal forest full of diverse wildlife. The second largest dam in the world has been built there to contain the toxic water.

Moving into icier waters of the Arctic for offshore drilling carries the risk of spills that are impossible to clean up.

Methane emissions linked to fracking are 30% higher than emissions linked to conventional gas because fracking leaks methane at every stage: production, processing, storage, and distribution. And this methane traps heat 34 times more than carbon dioxide! Companies like BP and Chevron are still doing the fracking, with their long track records of safety violations, fending off tough regulations with their growth-above-all models.

The time has come for government to tell large oil and gas corporations what they can and cannot do because climate health and global welfare are at stake. And for this to happen citizens must communicate with their representatives, speak up, petition, and vote with awareness.

Is this what we want? Of course not!