4 Reasons Why Dancing is the Best Meditation. 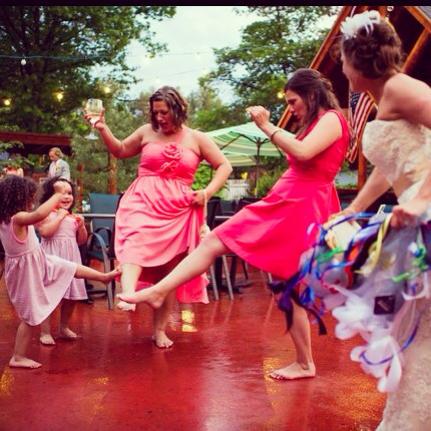 We know about the benefits of meditation—of slipping into stillness and embracing the present.

We understand that when we redirect our outward flowing consciousness inward, we’ll discover the two things we so desperately seek: love and contentment.

Many of us have even attempted to sit cross-legged for hours, doing our best to focus on our breath, while secretly batting away irrational fears that, well, maybe we never will feel our left leg again.

But guess what? There’s a meditative practice that’s much more natural, and it’s been our favorite activity since before we could talk: dancing.

Here’s why you should do more of it:

From Thailand to India to New York, I’ve been on a lot of soulful, glittering dance floors in the last year. Whether on a remote beach, in an underground club or in a friend’s living room, the best dance floors I’ve encountered have been the ones soaked in love, not booze.

Dancing causes a natural high. With the right beat and the right people, a good dance can take you right to sunrise with little more than some green tea.

With that in mind, the electronic music scene seems to be emerging out from under the ground and into a place where belligerent frat boys are less likely to follow: Soberville.

The “conscious rave” movement, as it’s been called, has reached global appeal this year with events like Morning Gloryville and Daybreaker, both of which throw alcohol and drug-free dance parties in the early-morning hours before most people are heading to work.

And a three-hour event called The Get Down in New York City is held at 7 p.m. on weekdays and encourages its patrons to, “dance like there’s no tomorrow, get up early the next day.”

Group meditations and positive affirmations are commonplace at these parties, and the vibe set by the organizers is an unambiguous free-flow of egoless expression and love. Love yourself, love the person next to you and allow the dance to take you there.

But be warned: a dance party with people who know how to get high on love and music alone will forever ruin you for nightclubs—and probably Coachella too (in case EDM hadn’t ruined it for you already).

We’ve been doing it for centuries

Meditative and consciousness-stirring dance isn’t a new development. It’s been a mechanism for deepening self-awareness and has been recognized for its healing properties by humans long before glow sticks were invented.

In ancient Native American shamanic traditions, rhythmic movements that mimicked animals and plants were (and still are!) used as a ritual for attaining a deeper connection to nature and the five elements. Shamans would dance themselves into a trance-like state to manifest anything from good health to rain.

We might not be dancing around full moon bonfires quite as often these days, but tribal dance is still alive and well. In the last few decades, various therapists and dancers have created trance and meditative movement practices, and there’s more than likely one or two happening near you right now. Check out 5Rhythms or Ecstatic Dance to start.

A large living room, a stereo and your own tribal moves work great too. Feel free to replace the berry and urine body paint with glitter.

As our ancestors knew, dancing for the purpose of an inward or spiritual journey is not only a cathartic release, but also a fast track to the cosmos.
It’s therapeutic and consciousness shifting

So what is it about moving our bodies in unrestrained ways that is so naturally therapeutic to us?

In the 1930s, psychoanalyst Wilhelm Reich showed that negative emotions and mental conditions developed during childhood could be addressed with different body movements, exercises and postures.

In other words, humans embody their suffering, and moving the body can help release it.

The American Dance Therapy Association, one of the first organizations dedicated to the science of Dance/Movement Therapy (DMT), says that the power of dance on a humans’ psychological, emotional and physical development is rooted in the interconnectedness of the body, mind and spirit.

Many organizations, like the India-based program, Kolkata Sanved, have adopted this system of DMT to help formerly trafficked and abused women recover from emotional trauma and depression.

I recently got to chat with the founder of Kolkata Sanved, Sohini Chakraborty, who explained to me that dance can be particularly powerful for people suffering from sexual abuse. And with millions of women and children sold for sex every year, and even more women suffering from misogynistic ideology in general, Kolkata Sanved has naturally adopted a primary focus on women.

But she makes a point of working with men as well, with hopes that the powerful energies released through dance therapy will help mobilize them to be more conscious of their treatment of women.

Maybe a massive global groove is all we need to break free of the patriarchy! A girl can dream, right?
~

It might be that our love affair with dancing is a result of an intuitive connection between our emotional health and body movement.

Some research shows that babies find the rhythm of music more engaging than speech. Not only that, but their ability to match the beat improves when they are happy and smiling. Babies have yet to develop an ego and are unconcerned with societal constructs, so their predisposition to dancing says quite a bit about humans’ natural state.

As adults, getting lost in the beat of a free-flow dance is like a portal back to a more egoless existence.

As our bodies move, our monkey brains get a rest and we can ignore the whispers of conditioning recorded by our external environments. We can be free to express who we truly are.

Perhaps dance really is the language of the soul, and as such the key to a worldwide, cross-cultural movement that, quite literally, moves all of us.

When She Dances, It’s Church: What the Divine Feminine Means to Me. 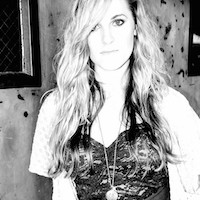