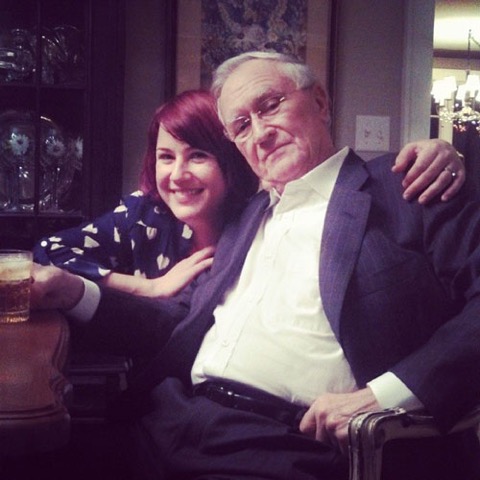 On Patience and Processing Through Writing for a More Empathetic World

The funniest person I know, Kiley Fitzgerald, once tweeted, “I learned two things from the Internet: Cats make me laugh, dogs make me cry.”

Sometimes I wonder if the same can be said of dementia and cancer. Dementia makes people laugh, cancer makes people cry.

At the very least I know no one laughed about my mother’s ovarian cancer. There were a few idiotic comments and buffoons with whom I came into contact. I’ll eviscerate them later.

But for now I have on my mind the fact that some people who haven’t lost parents have a giggle when I tell them my father came out wearing only his t-shirt and no pajama pants when my sister came to take him to the store.

“Oh man—is that because his medication needs to be adjusted?” one asks. No, I tell her. It’s all part of the disease. This is what happens when dementia progresses. And then once again I’m the girl at the bar bringing shit down.

But I try not to make my friend feel uncomfortable, even though my Dad was just as much my Daddy as her younger father is hers. I also had a lot to say about my Dad before he was diagnosed. He was a pain in the ass in a lot of ways.

Granted I should not have lost my mother so young. I should not be this age and be watching my father go through Alzheimer’s. But no one should, really. Still, I envy the naiveté of those around me who have young parents and won’t have to go through these things yet, hopefully, and gain a sort of perverse wisdom (and that’s the best case scenario—the perverse wisdom).

Watching Wild (2014) made me examine again how inadvertently clumsy people can be around illness. As you may already know, Wild is about a woman who walks over 1,000 miles after her mother dies of an aggressive cancer. While I never walked the Pacific Crest Trail (or had a heroin problem) after my mother died, I relate to Cheryl Strayed’s memoir from which Wild is adapted. A huge lump forms in my throat when she brings her brother to see their mother in the hospital and there is a note on the door saying to see an attendant before entering the room.

“We put ice on her eyes,” a nurse says, because Cheryl’s mother wanted to donate her corneas. This is how Cheryl and her brother find out their mother is dead. Cheryl howls, throwing herself on her mother’s body. I didn’t howl or throw myself on my mother’s body (though my grandmother did—it doesn’t matter how old you are when you lose a child), but I felt equally vulnerable and duped by the clumsiness surrounding her illness at times.

One of the times I felt tossed around on a sea of others’ well-meaning clumsiness was when I went to pick up my mother’s prescription at a pharmacy in Waldwick, New Jersey. I had gotten my own dermatology concoctions there and antibiotics but the pharmacist didn’t remember me.

“This is for your grandmother?” he bellowed, or so it felt at the time. I’m the youngest of five by 12 years from my next youngest sibling. The pharmacist was incredulous that I could, at 24, be that terminally ill woman’s daughter.

“Cancer, right?” he went on. The tops of my ears burned, my throat hot.

“Yes. cancer.” I blinked so hard. Her whole life right then reduced to this BS. And my whole life, too.
The ham-fisted interaction made me angry for days. In some ways I suppose I’m still angry about it. I know the guy was just doing the best he could. Kind of. Maybe I don’t know that. Maybe he had his own junk going on. It sometimes gets old always trying to go to that place.

“Maybe they are in pain, is why they’re walking so slow.”

“Maybe they’re driving someone to the hospital or going to see someone in the hospital, is why they’re being such dicks and driving like such a-holes.”

“Maybe they’ve just lost someone, is why they’re being so mean.”

Sometimes I get tired of all of that even though it is how I try to regularly conduct myself. It helps to write about it to process it, so I can live in this world with everything going too fast and people not paying enough attention to look out for each other’s feelings. And if I don’t try I can’t expect anyone else to try. It’s the only way to cultivate patience and a more empathetic world. 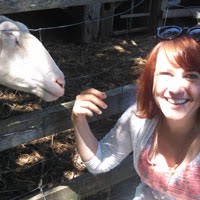