I’ve been there. I was a vegetarian.

Almost seven years ago, I had a discussion with a guy from Newfoundland, Canada. At the time, “seal clubbing” was a hot topic in Canada ever since Paul McCartney and his then wife Heather Mills visited Canada and made a stint about native ways of killing seals. My friend, asked me, “so what do you think about seal clubbing?”

I replied with “well, I think it’s horrible to beat up baby seals like that.” He then said “what’s the difference between killing seals and killing chickens you’re eating?”

I did not have an answer. What is the difference? Do I even know how the chickens I eat were raised and killed? No.

So I went home, completely puzzled. The next day, I went to see a movie called Shark Water. It was a documentary about how sharks are mercilessly killed and sold to Asian countries because shark fins are a delicacy in certain cultures.

The way that shark killing was depicted in the movie was heartbreaking. Humans cut off the fins of a shark and the rest of the body was thrown into the water. With no fins, we see sharks sinking helplessly to the bottomless ocean. It was a sight I will never forget. So from that night on, I became a vegetarian. Then I became a preacher. Everyone I met and talked to me found out I was a vegetarian within minutes of talking to me.

Then I talked tirelessly the importance of saving animals.

It was a noble mission, determined to change the world through encouraging better food choices.

Except that everyone backed away.

I had no idea that in order to change the world, I needed to connect with humans first. In order to initiate and influence change, the communication needed to be a dance between my view and other views, no matter how polar opposites our views may be.

And in the end, it needed to be a simple sharing of human experiences. No agenda to convince people, to win them over to our “side,” or to change others. Just sharing what I observed in my experiences, how it felt and what changed within me. That’s it.

Then I listen to other stories. After that, I go on about my own business.

Anyone that affected me in a big way and made a change enough for me to continue on with that new view has never ever try to convince me. Rather, they just told me what they did, how they felt, maybe asked questions about what I thought about it, and that was it. They didn’t care whether I actually changed or not. They went on about their businesses and never said a word about it after. Next time I saw them, I had to bring it up. They didn’t bring it up. I had to ask more questions because I was now hooked and interested. I wanted to know. I wanted to make a difference.

On the other hand, anyone who told me and tried to convince me knows I just dismissed the idea entirely because when I thought that I was being attacked for my own actions and beliefs, I felt angry and defensive. And when I feel defensive anger, I just shut down completely. I no longer want to hear any of it even if they made sense.

As an activist, this sort (above) of situations completely defeats the purpose of activism. If an activist truly believed in the changes that they were about to make, the top priority must be connection with other human beings. No one wants to be attacked or criticised because at the end of the day we’re all doing the best we can.

So I learned to connect. I still practice it and I’m definitely not perfect, but I try to be clear about my intentions.

What am I valuing? Do I value changes in the world or do I value “correcting” others’ actions?

Now I eat meat now and then. I appreciate the taste and what it does to my body but I don’t take it for granted because I still remember very clearly why I was a vegetarian. 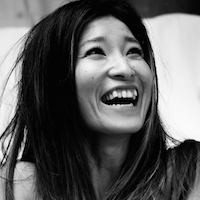