In the Beginning, There was Stillness. 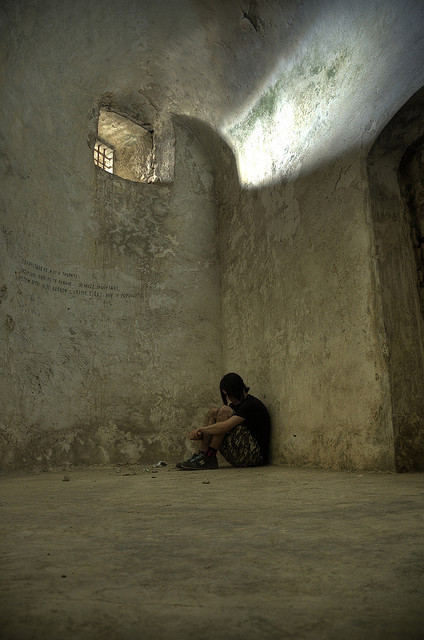 I was once successful.

By my community’s standards I was a person of regard: a professional woman, a mother of two soccer athlete scholars, a wife of 30 plus years to a kind, respectable man and diligent father, a dutiful daughter, and perennial volunteer for the community. I lived in a city once charted as one of the safest in the U.S. and was an upstanding citizen of that sought-after beach community. I had everything.

Then, in those glory days, I was hiding behind achievement, busy-ness, status and martyrdom. My wall of legitimacy was impenetrable and after a while no one came knocking at my tense-smiled door, no one I noticed.

Doing was everything I was: working two jobs, driving kids around town, date-night with my husband, keeping house, helping out at school, coaching soccer, assisting parents and siblings, volunteering for whatever needed doing at the local schools or boards of various non-profit organizations, and whatever else asked for the last scrap of my time.

Activity kept me alive, moving and mindless. Frenetically doing was neither evaluating nor feeling the distance between me and those I thought I was saving. Time and motion were my prison.

But it was stillness that finally captured me, stopped my body from running wildly from my spirit. It took physical constraint to keep my body down, to stay my mind, and link them both to my heart. It took being caged.

When I was locked away in city jail for a month, my world stopped.

I could do nothing but be and witness the being, and it felt like the madly spinning merry-go-round had come suddenly to a screeching halt, leaving me nauseous and deliriously disoriented. It was the hardest thing I had to do bar none: 36 hours of childbirth labor, running three marathons, passing grueling three-day exams for the state legal Bar and earning a PhD were nothing in comparison.

In captivity, everything I knew and relied on broke down. My jobs as lawyer and teacher did not prepare me for the nothingness. There were no solutions or analyses to this problem The skills I had honed over the previous 25 years were useless.

All I could do was stop and listen to my fear. There was no way to avoid it, nowhere to go, nothing to do, and nowhere to look. And in my days and weeks of solitary hearing, I was eventually able to look up and peer into the eyes of my fellow inmates, to see them, feel them and be them.

Empathy was what I only imagined I had before.

If you could enact your own death, what would it look like? I don’t mean the visualization of dying in a traffic accident, falling off a cliff or sighing a last long deep breath in your peaceful sleep, unfolding before your mind’s eye in cinematic slow motion.

I mean the witnessing of the self you built all your life, over 50 years of building, brick by brick, degree by degree, lover by lover, child by child—crumble before your eyes. The dust at your feet wafting to your nose and blinding sight momentarily.

If you could cry, mourn hard and then see the gift in survival, transcendence and renewal, you would be grateful for your loss.

If you could welcome the spring of your life no matter where the calendar finds you—in your twenties, thirties, forties, fifties, or beyond—and praise knowledge, understanding and quietude, the resulting creative spring unending will be your reward.

Just do not panic or regret. Those two enemies will trail you like the tethered gps bracelet I wore to keep my freedom.

I did regret. At times, that ankle chain was a sigh of exasperation, of limitation, a reminder that I was not free and facing a possible death sentence—the execution—of my former life. And I did panic.

Even another months’ incarceration would kill my joy, disrupt my life irreparably and destroy my chances of picking up the threads of what remained of my career and reputation. I thought I would die if I were to spend any more time imprisoned.

I was sorry I did a hundred things that led me and those who loved me to the moment of clapping that bracelet closed on my ankle on a folding chair in the back of a tiny bail bonds office. On better days, it was a reminder that everyone faces the same death sentence. This should be the freedom we create by our choices, though we may choose to just stand still endlessly—each second split into innumerable nanoseconds punctuated by just as many words to describe them.

When I regained my liberty, I found my freedom in writing the words that unleashed from within my bones, hiding there in fear all my life in the same place as my masked-in-pride-and-alienation vulnerability. In the cell of my cells, I learned to sit still and watch.

I learned what stillness could teach: to be unafraid and grateful.

And I discovered power in compassion and forgiveness—of others who I believed wronged me and caused my pain and treated me inhumanely by judging me and others around me unfairly. That power came not in the construction of an exterior but in an organically grown interior, like the lotus bloom of decay.

I even forgave myself.

Having unbound my heart and mind, I, still physically tied to the judicial system, am now better though not perfectly able to witness the continued unfolding of a former human being. The one built on projected imagery and lighting, and I watch her die slowly and surely, leaving only the heated embers of a burning distilled core—love, compassion and patience—which will surely catch wind and stoke the flames of passion once again, trailing the smoke of its words.

This is the work of finding the self, the true self: the hard work of dying in order to live.

What I Learned in Prison. 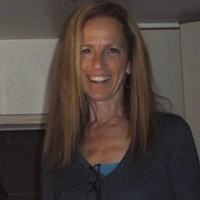