Miscarriage: The Day I Lost My Heart. 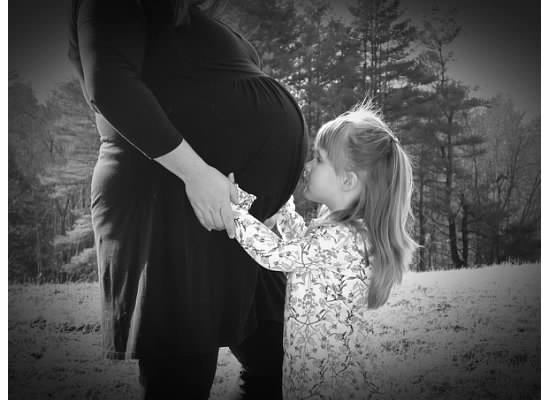 Although 1 out of 4 pregnancies end in miscarriage, there is still a silence about it.

“There is a unique pain that comes from preparing your heart for a child that never comes.”  ~David Platt

While miscarriage is heartbreaking, it isn’t something to hide, we didn’t do anything wrong while pregnant, it isn’t our fault that we miscarried.

Some things just simply happen, and in between the miracle of life and the complexity of biology, the life that had started just wasn’t meant to continue.

But, just because there isn’t a happy ending, doesn’t mean that it’s not part of our story.

Just before my daughter’s second birthday I announced my second pregnancy by having her wear a t-shirt saying that she was going to be a big sister, she was very young, but knew there was something different about Momma.  It’s one of the amazing gifts of being a woman that we get to feel life grow under our hearts.

But, there was something nagging at me, even before my first ultrasound; I just had a feeling.

I fell off a ladder, and was in a minor car accident during the first 6 weeks of my pregnancy.

I felt like I was being tested by the Universe.

My first ultrasound I was about 8 weeks along, and the heartbeat was very low, only about 105 beats per minute (bpm). The doctors and technicians said maybe I wasn’t as far along as I thought, they scheduled me for another a week later.

My second one I was 9 weeks. At this visit the heart rate had dropped to about 65 bpm, and the fetus had shrunk in size; I had a consult with the OBGYN, and it seemed that the fetus had begun to die.

Hearing that was indescribable, it was blackness and the bitter taste of fennel. It was thunder snow, and cold dense fog. I did not know anyone who had ever had a miscarriage, and I felt incredibly alone.

The doctor wanted to wait another week so I left the office clutching an appointment card, but little hope remained at this point.

I began praying that if there was something physically or mentally wrong with the baby to just let it pass now, rather than having a lifetime of struggles. I work with children everyday who have been born differently, and I see the daily heartbreak. I didn’t want that for my child.

And so I prayed, a mother’s last desperate wish for a child she may never hold.

A week later, just past 10 weeks the final ultrasound showed no heartbeat.

My doctor said I had two choices, I could either let it happen naturally, however that could take months, or I could take a pill and be done with it in a week, similar to a heavier version of a regular menstrual cycle.

I decided to take the pill because the thought of my body still acting like it was pregnant, was too much for me to handle. I stopped on the way to get my daughter and picked up the prescription then called out of work for the rest of the week.

I remember sitting with my daughter on the couch, her in my lap smelling like peanut butter and melted crayons and me telling her that Momma wasn’t pregnant anymore. She was so young, I don’t remember her crying but she looked at me deeply as my eyes filled and then spilled over onto us as she cuddled against me.

My heart was broken in a way I never knew was possible, and while I comforted my daughter, there was no one to comfort me. I felt alone.

I took the pill that afternoon and was cramping and bleeding by that night. I thought it would be over soon, and I could move on.

Late that night I started to pass large blood clots and feel very weak and dizzy. I knew something wasn’t right, but waited until morning to call my doctor, at that time my OBGYN told me to come in immediately. By then I could barely walk unassisted, and I was bleeding heavily.

Within an hour I was on the operating table having an emergency D&C because they needed to stop the bleeding.

I went through something that wasn’t only emotionally difficult, but my loss was made so much worse because of the trauma of it. I gradually opened up to other women and found that I wasn’t alone, that women around me had been through similar events.

With the passing of my original due date I let the possibility of spring bring hope for a new life, maybe one different than I had imagined, but maybe even better too.

Almost two years after my miscarriage, I delivered my second baby girl; all 11 pounds of her! Born with a head full of red hair and beautiful red lips, she has amazed me since the day she was born.

I love both my wild roses to the moon and back again; more than there are stars in the sky, and more than all the grains of sand in the world, and I tell them this every day.

I don’t see this as a scar I need to hide any longer, instead, I’ve come to believe it’s just one of many that has made me even more beautiful. For a long time, I thought my beauty, inner and outer, rested on the validation of appearing perfect, but now, it’s those scars I value most, because those are the moments my heart was cracked wide open and the light was able to pour in.

And that’s always a beautiful thing.

“The wound is the place where light enters you.” Rumi

The Silence Behind A Miscarriage.