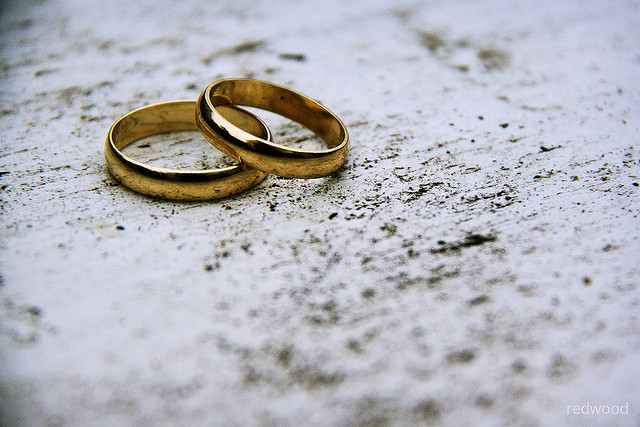 My parents have been married for almost 27 years now.

I’m not saying this because they’re my parents, but frankly, they’re the most successful married couple I’ve ever seen. Despite the success they’re still achieving and the love they still intensely hold for each other, they keep telling me one thing: “never get married.”

My parents aren’t the only ones I encountered in my life who are happily married yet never recommend the institution of marriage. No matter how much love, respect and independence a married couple maintain, at the end of the day they will tell you “don’t do it.”

The ones who recommend it however, and are leading a successful marriage, have most probably been blinded by “habit” and are subconsciously stuck in their comfort zone.

Most people in different cultures nowadays, regard marriage as an important goal in life; especially the upcoming generation who only sees this institution as rainbows and unicorns. What they envision is the spooning in the morning and the cuddling at night. But once they get down to it, rainbows disappear and unicorns die.

I have never been married and I’m honestly not planning to. Not that I’m against partnership, love or romance. I’m just against the “institution of marriage.”

The other day I was having a conversation with a friend of mine about marriage and love. I asked her if she thinks about getting married one day. Having a partner in her life, she said something that kept running through my head for it made so much sense. She told me “If he asks me to marry him, I will. But if he doesn’t, it’s better. I want to deliberately stay with him because I love him, not stay with him because I have to.”

Marriage is a big psychological game. Just like my friend hinted, when you know you have the choice to leave, love will grow and you will most probably stay. But when you feel committed to that ring and paper you signed, you will start feeling trapped. Instead of letting love consciously grow, you will feel yourself obliged to love just because you made a promise to keep that ring forever in your finger.

Here are some reasons I am against marriage as an institution:

Just like we are told to go to school, get a decent education, go to college, be successful and have goals, we are also told to marry. Social pressure concerning this matter defers from a culture to another but eventually they will all look at your age and wonder why you don’t have a husband next to you or a baby on your lap.

To have a partner and to have a baby is of course a part of life’s evolution, but marriage isn’t. And unfortunately, societies have made this a must and considered not getting married a failure in life.

A commitment that is hard to maintain.

Commitment requires hard work and sacrifice. And commitments are never wrong. We can commit to anything in life from classes to beliefs. But marriage commitments are the hardest since we aren’t directly committed to our partner.

The temptation to cheat.

Whether in a relationship or married, some partners at a certain point feel the urge to cheat. The reasons are many, but in a marriage it’s different.

When we’re in a relationship and feel like cheating or maybe actually cheated, we have the option of ending things (more easily). We end things either to become free again and therefore not be labeled a cheater, or to end the feeling of guilt in case we did cheat.

However, if we’re married and felt the urge to cheat, we consciously know it’s not “proper.” We might cheat at the end the day but marriage is a bigger commitment than just a relationship. Therefore, knowing we shouldn’t cheat in marriage and knowing we are trapped because we can’t just end things and become free again, the temptation of cheating grows bigger.

No one can guarantee a happy, ever-lasting marriage. 50 percent of people who get married, end up in a divorce.

Divorce never has a happy ending; someone eventually will get screwed, if not financially, emotionally.

Depending on the country even religion, divorces can be hard and expensive. Conclusion, in order to dissolve what you thought will last forever, is going to cost you big bucks.

The end of options.

Partnership is a box full of surprises. No matter how much we claim we know the other person, we don’t.

Some partners show their true colors after 10 and 15 years.

If we were in a relationship and were faced with one’s true colors, we have the option of leaving. Leaving in return means the possibility of finding someone better.

Nevertheless, marriage is the end of options. If your spouse turns out to be a scumbag, you’re literally stuck.

The end of dreams.

Achieving dreams when you’re not married means a wide sea of possibilities. You don’t have anyone to worry about or a limit you fear to cross. When we get married however, our goals and dreams can be more limited because we have to consider the other person’s wants and needs.

I personally say one cannot achieve big dreams (as quickly or readily) and get married. Not because we can’t but because marriage is a lifestyle by itself that needs time, energy and should be carefully looked after in order not to crack.

Thus, giving attention to both your dreams and your family is something tiring and will eventually drain you of energy.

Your social life won’t be the same anymore.

When couples get married, friends—especially the ones who are still single—will see you differently. There will be parties you won’t be invited to anymore, gatherings you won’t hear about and friends you will most probably forget they exist.

It’s not the married couple—it’s their friends who got accustomed to see marriage as an isolated world, and sometimes us single folk will isolate ourselves. Single people imagine their married friends living in a house alone cuddling and speaking of getting old together.

Marriage is a personal decision. For some it’s alright, for others it’s a red line.

At the end of the day, there is no right or wrong. I am not an anti-marriage person or anti-partnership. This is just a list I have created that goes along with my current conviction.

For myself, now, I still haven’t found a practical reason of why I should marry. If I did one day, maybe I will.

Why I’ll Never Get Married, Ever.

Top 5 Reasons Not to Get Married.

Maybe marriage is for you, maybe it isn’t. But, here’s how to know if your love is the one for you: