Talking to Strangers: Sometimes, the Unspoken Story is more Important. 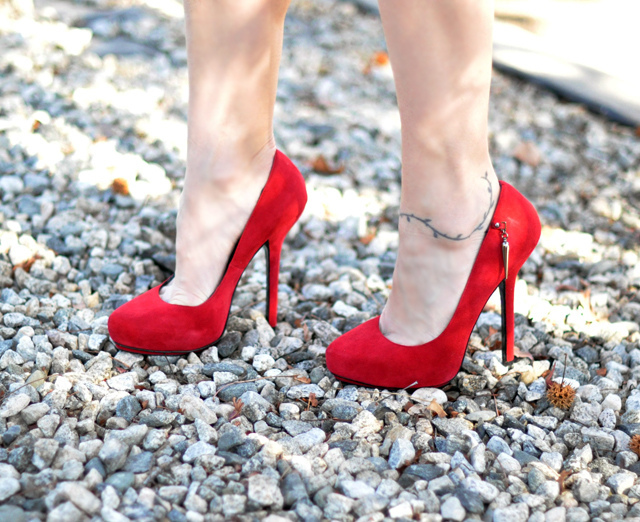 “All I ever wanted was to reach out and touch another human being not just with my hands but with my heart.”
~ Tahereh Mafi, Shatter Me

We were on vacation in San Francisco and I had gone out to the parking lot to put our bed pillows in the car when I saw another guest standing outside the vehicle that was parked next to ours.

She looked like she was waiting for someone and said hello as I approached.

She was definitely not an ordinary, everyday looking kind of person.

She was probably a little over six feet tall, with dyed blond hair spun out in an overly-coifed style. Her face was covered with thick layers of powder, her eyelids were painted a sparkly bright blue, fringed with heavy false eyelashes, and her lips were concealed behind a hot pink pout.

She was wearing six inch high heels with a short, fake leopard-skin skirt and an equally skimpy strapless black tube top that showed off big muscular shoulders and arms.

No, definitely not an ordinary, everyday looking kind of person.

She nodded toward the bed pillows I was putting in my car and, calling me honey, volunteered that her husband always took his own bed pillow when they traveled too. I made a comment about how, “Yeah, when you’re on the road a long time you need your own pillow,” and thought that would be the end of it. But instead of me being able to just turn around and walk away, she came over closer.

Calling me honey again, she whispered, “Sometimes it’s like he loves his pillow more than he loves me.”

Not knowing where she was going with her chatter or whether I wanted to hear more of it, I merely nodded my head and said something inane like, “I know,” or, “Really?” which didn’t stop her in the least as she continued telling me how her husband only liked pure down pillows because he claimed that feather pillows were “noisy.”

“Yes. Noisy. All those quills crackling, you know.” She scrunched up her face in a kind of disgusted pout.

Was she for real? I couldn’t tell. But there was something about her almost bizarre appearance and her wanting to keep me engaged that stopped me from cutting her short and walking away.

“Yes, down pillows are silent, honey,” she said, and went on to tell me how her husband’s down pillow was a very personal thing. In fact, it was so personal that “it even had a name.” And then, looking around as if to see whether the coast was clear, she told me that if her husband went anywhere overnight, “Mr. Fluffy” always went with him.

I have to admit that at this point I might have laughed out loud. Here I was in the parking lot of a San Francisco Hotel, talking with a complete stranger of a woman who kept calling me honey about her so-called husband’s pillow and the fact that the pillow had a name.

But I couldn’t really laugh. She wasn’t being funny, she was being serious, and something inside me began to wonder where she was going with all this. I decided, rather than to brush her off, to just stay and listen. After all, I was on vacation. I had the time.

She went on to tell me that not only did the pillow have a name, but there were rules about how Mr. Fluffy was handled. You couldn’t just throw him on the bed. He had to be fluffed up in your arms and tossed into the air like you would toss a baby.

Also, Mr. Fluffy couldn’t be put under other pillows. He always had to be on top because, as she put it, “He was dominant.”

By this time I was no longer sure she was actually talking about a bed pillow and thought that maybe the conversation was going in a direction I wasn’t interested in talking about with her after all. But without missing a beat she told me that the nice thing about Mr. Fluffy being a down pillow was that if he got flattened out it was all right, because he could always be fluffed up again, but that her husband never fluffed up Mr. Fluffy in public. He always waited until they got to the hotel to do that.

I was literally at a loss for words when, all of a sudden, while seemingly in the middle of her story, the woman came closer toward me and something about her seemed to change. I could say, despite the thick make up, the clothes and her sheer size, she appeared to become less formidable and even softened a bit.

She almost put her hand on my shoulder, but didn’t.

“You know, honey,” she said, with a kind of realness that hadn’t been evident up to then, “I just want to thank you.”
Even her voice had mellowed somewhat.

Embarrassed by her candor, not to mention the fact that I had actually thought about stopping her, I stammered that she’d actually had a very interesting story to tell.

“Honey,” she countered, “you have no idea. It doesn’t matter how interesting a story a person has to tell. People really just don’t want to hear what you have to say.”

And that’s when I got it. That’s when I got that, behind all the face powder and the sparkly blue eye makeup and the hot pink lips, there was a real person. A real person just like me, who had needs and wants and who wanted to be listened to. A person who was lonely. I could see it in her eyes.

I reached back and took the woman’s hand and, looking directly into those revealing eyes, told her I was a stranger in a strange city and that she had made me feel not so alone or strange anymore. I told her that I should be thanking her and that she didn’t need to thank me; that she had told me an absolutely wonderful story about a pillow named Mr. Fluffy and that I wouldn’t forget either her or her story.

I walked back to my room realizing that the six-foot tall blond woman, standing alone by the side of her car waiting for someone who didn’t show up, had reached out to me and that I had been touched by her.

Perhaps her story about Mr. Fluffy was real, perhaps it was not.

But I know for sure that one thing was real, and that was the story I heard when she wanted to thank me and reached out to touch my shoulder—the story she told without words. The unspoken story of her loneliness.

Talking to Strangers: Sometimes We’re Not Meant to Help.

Talking to Strangers: The 85-year-old Hitchhiker.