The Truth about Autism Awareness. 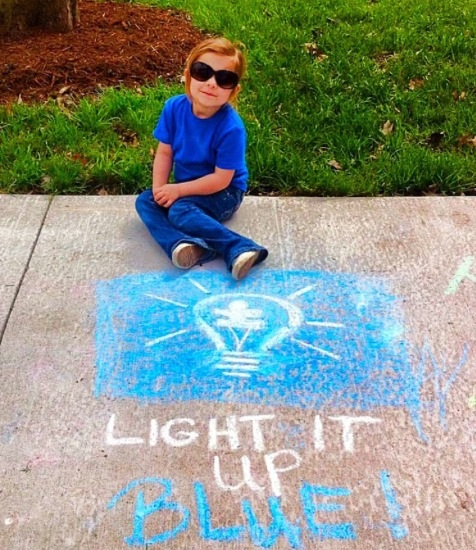 No one really wants to know what it’s like to raise a child on the Autism Spectrum (unless they are doing the same).

No one wants to hear about what it feels like to see your child fall, and fail over and over again at the things that are supposed to be easy for normal kids.

No one wants to see your kid freak out when they can’t quite deal with the emotional overload.

No one wants to pretend to be okay with your child’s on-going, one-sided conversation about a particular topic which only a few really, truly find interesting.

No one wants to extend their compassion because they already have enough on their plate with their own complicated lives, so they don’t really want to see the struggles of raising a child on the spectrum, but they’ll turn on a blue light in support (but not necessarily in their hearts).

No one wants to deal with the sh*t that you have to do to create a smooth sailing day without too many hiccups or melt downs. The way you think like an amateur chess player (thinking a few steps ahead, but they are never enough because you end up losing some of the games).

No one wants to listen as you sigh about how hard it is to get an IEP (Individual Education Plan) set into place for your child even though he clearly has an Autism Spectrum Disorder (ASD), so you end up looking like the whistle blower when you have to stand up for your child’s rights because the universe, or God, or the Great Spirit gave you this gift because they knew you could handle it.

But then, the truth is that you are exhausted. Wiped out.

Ready for some sense of it all getting better, and it won’t ever be healed because there is no cure for Autism; there is only the healing of our souls’ reactions to those who have Autism and for those who guide an Autistic child through their days and nights.

It’s up to us to be open-hearted and loving, not angry and judgmental or condescending (yep, those people who look at me, and silently wonder why I want more help for my Autistic son—mostly because he has never received the real help (Occupational Therapy, Physical Therapy, Applied Behavior Analysis) that would greatly be of benefit for him).

So I have to keep asking for those things because he won’t get it them if I don’t. And no one wants to really hear about what it means to be an unpaid diplomat doing a job that other people get real hard core cash for doing, but they don’t always do their jobs, so we—the parents of Autistic children—have to pick up their slack.

No one wants to truly hear these words even though it is Autism Awareness Month, and we should be listening.

It’s up to us to be the ones who can help all those amazing parents as they go through the work of helping a child become who they need to become in a world that wasn’t built/designed/culturally constructed for children on the Autism Spectrum.

It’s up to us to listen, share a hand when we see a parent of a child with Autism might need a little break or a pick me up or a shoulder to cry on. Because it is not easy (and whoever says it is easy is probably lying to themselves so they don’t fall to pieces).

And yet, I don’t want to stand on the sidelines as the invisible parent of the child with Autism. I want to be heard. I want to be seen. I want others to see that my son needs a network of helpers to guide him into adulthood. I want more than what he’s received. And will I get it for him? Probably not because it doesn’t work that way.

It’s the truth: only a few really want to hear and honor the words of a parent of an Autistic child because it’s too scary to see that some of us can create imperfections even when we tried to be perfect in our pregnancy.

It’s the ultimate Buddhist lesson of letting go, and being okay with whatever comes your way in the moment in which you live. And that’s the most beautiful thing we can do—finding the blue light of awareness inside each one of us, and extending it toward another.

Let’s begin to hope that there are a thousand someone’s who want to listen, and then act every day, and not just in this month of Autism Awareness. 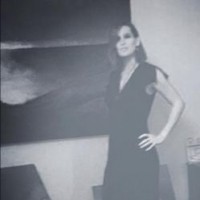