To OM or not to OM, That is the Question. 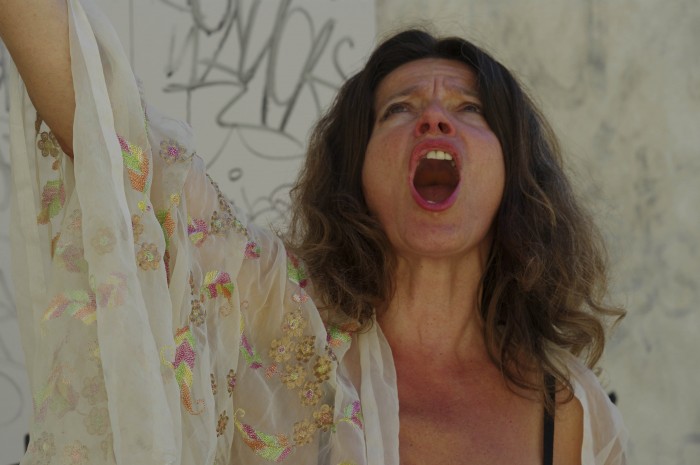 Is yoga a religious practice?

Okay, I can already hear some readers protesting: What? Religion? I got away from that stuff a long time ago! Well, all right, but now let me ask this simple question: what’s does OM mean?

In a traditional yoga system such as Iyengar or Astanga, we typically begin our practice with an invocation, which helps bring us into the present moment. But these invocations also acknowledge the mythic founder of hatha yoga, Patanjali, and underscore the fifth ritual observance(niyama), known as Ishvarapranidhana.

And every time we utter the syllable OM, we are observing this niyama.

Simply translated, ishvarapranidhana means “subservience to ishvara.” But what exactly is ishvara, one might ask? Some mighty fine teachers roughly translate this into “God,” while others try to avoid the G-word(And no, I won’t name names here).

Fledgling yogis who are reading this may be starting to get worried that they have been bowing to a strange Hindu deity. Don’t laugh, for this a valid concern. Plenty of students I know gravitate toward yoga having moved away from a strict religious diet in their past; or conversely, because yoga is popularly portrayed as a sort of new age, self-actualization philosophy than can fit into any belief system.

Just to be clear, ishvara, as it is represented in The Yoga Sutras, might be thought of less as a specific religious deity or icon than an original creative force out of which the practice of yoga was inspired. Yet, if ishvara is without a particularized form, how is it represented, or acknowledged?

The one word answer is simple: OM.

The syllable OM (A-U-M) expresses the sonic form of ishvara, which is said to have an inherent and undying sakti, or energy. Without getting into a deep discussion about chanting, OM is most certainly a little taste of that practice. It is also, according to one of my favorite teachers, Richard Freeman, one of the easiest mantras to remember. In short, it is a useful little word that packs a big punch, like a shot of espresso.

And yes, some people OM louder than others…

Loud or soft, most yoga students willingly chant OM without having the foggiest notion of what it is all about; and perhaps in this case ignorance does equal bliss. But just to play the devil’s advocate for a moment, what if the instructor of a yoga class suddenly told everyone that they were going to say “Amen” instead of “OM”? After all, Amen has become so secularized that it could be considered to be part of our common vernacular speech. Right?

Hmm. Kind of, but then again, it depends on what you associate with that word.

As I’ve already mentioned, many of those who flock to yoga are trying to get away from the religiosity of say, a Christian-based service. And despite its obvious lack of theistic specificity, isn’t OM also a term that carries religious, or at least spiritual import? Some of the commentators on The Yoga Sutras believed this to be true, and associated OM(or its constituent parts A-U-M) with the “holy trinity” of Vishnu, Shiva, and Brahma.

Perhaps because of this, one of the conservative health clubs where I teach forbids their instructors from using OM in class. At first, I thought these corporate types were being utterly ridiculous, banning a word that has become so commonplace that it almost seems like a mere affectation. But does the complete separation of church and state, or in this case religion and exercise, hold some merit?

Or does it further strip away the soul of yoga?

Surely, it is easy enough for an urban agnostic to laugh at such a concern. But what if a student is a member of a non-Hindu faith, and still wants to participate in yoga without creating the anxiety that chanting OM and other things might bring? The former concern was actually expressed by a Catholic yoga student to my chiropractor, who is an active yogi himself.

His advice to this troubled soul was absolutely brilliant and worth sharing here. While everyone else in her yoga class was chanting the normal Sanskrit invocation, he told her to simply recite The Lord’s Prayer.

Amen. I mean, Peace Out.