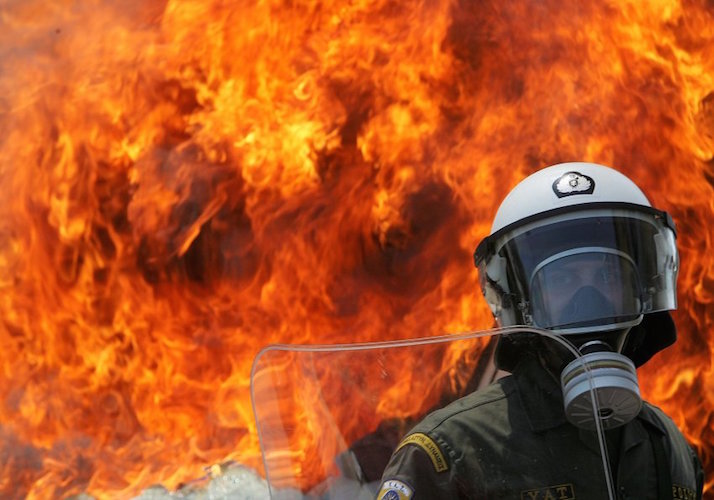 In the Albert Camus version of The Myth of Sisyphus the author has Zeus condemn the truth-telling king to a never-ending cycle of hard work, psychologically justified by the illusion of scaling the heights that he would forever ascend.

For Zeus, the ultimate holder of power, Sisyphus’s truth telling was a deceit and contrary to his interests and therefore the king had to be punished harshly.  There is some irony in this retelling of the Hellenic myth given the locus of today’s latest crisis in global capitalism.

The protracted Greek financial crisis is coming to a critical moment and can be seen in the larger context of a failure of the neoliberal economic project in the EU and its devastating consequences in southern European countries.

How can we make this assessment?  By considering the history of the larger sovereign debt crises and the way critical policy decisions are now being made. The “Troika,” (the IMF, The European Central Bank and the European Commission) has now imposed brutal austerity measures—as a condition of survival—on member countries who followed the EU’s free market dictates during the sovereign debt boom but are now suffering its consequences in a new economic cycle.  Greece is the example being set for any member who is confused about the real aims of the EU financial system.

In today’s media world of conveniently conflated ideas, we might easily confuse this process for democracy, but in fact the function of these policies is to serve the narrow aims of the neoliberal economic project centered in the U.S. and northern European countries.

This project may or may not exactly fit in with the aims of democracy in various countries, but that is not a serious consideration when capital flows are at stake, as these are the profit centers of banking elites, not working class people. Go ahead, call me a Socialist. Then give some consideration to these facts.

Lost in this sad story is the history behind the crisis and its connection to the expansion of global capital through leverage and the sale of debt as a vehicle for capital growth, when profits are most easily made by funding the expeditions of elite investors and financial institutions following the guidelines of the IMF— regardless of its effect on the sovereignty of nations. No matter that a small group of Greek families managed an oligarchic economy in partnership with big banks and no matter that sovereign debt was seen as a good bet by the banks and that billions were made creating it. Greece and others were following the rules of the game.

Once the financial crisis of 2008 came about, itself a function of neoliberal economic policies that promote moral hazard, this project was no longer profitable for banking elites. The capital dried up and the remaining accounts deficit and shrinking Greek economy was juxtaposed with rising interest rates, expanding the debt even further. Exactly how are Greek workers responsible for this?  The machinations of big banks are not easily understood by voters in general and corporate media does nothing to educate voters so that they understand what unelected policy elites are doing behind the scenes in the “service” of national aspirations.

The Germans for their part, have done a good job of promoting the concept of Schulden; basically, “your debt, your problem,” as The Economist has pointed out. This kind of false moralism, placing the blame for economic crises created by big banks and financial institutions, on the shoulders of working people and the poor is part of the central myth underlying the presumed integrity of the current system of financial capital.

Contradictions abound, but are buried beneath the linen tablecloths at the World Economic Forum. The fact that numerous economists from across the spectrum have pointed out that austerity creates the opposite of economic growth, which is a prerequisite for realistic and sustained debt service, is obscured by the banking interests at play. This is at the expense of serious core economic reform, human rights and democracy. Did Keynes ever imagine that “economic discipline” meant cutting off food stamps for the poor, allowing taxpaying citizens to go without heat or lose their homes as a result of moral hazard? Of firing public sector workers and cutting those remaining workers’ wages?  Of saddling workers with higher taxes, while allowing oligarchs to not pay taxes at all?

Media pundits in the service of financial capital can make various Neo-Keynesian arguments for why the Greeks need to accept responsibility for their runaway debt and failure to implement adequate controls and financial reforms “consistent” with those of countries vastly different from them in culture, geography, natural resources and productive capacity. Most of these arguments are coherent within the context of global capitalism and IMF policy. They are also based on a false premise: that Greek workers created the crisis.

What about democracy and sovereignty?

The SYRIZA Statute, reads like a modern day International, having reach far beyond the shores of Greece. This extraordinary document of principles might seem out of step to most Americans, but can be understood as a profound expression of universal democratic principles and ideals. That it emerges from Greece, the birthplace of Pericles and the Golden Age, stands in stark contrast to what the purported norms of modern democracy have become. That capitalism as-it-actually-exists has subsumed and perverted core principles of democracy, is no longer a secret in southern Europe.

Syriza’s Thessaloniki Programme is exciting to read but after doing so and then looking at the brutal economic regime being forced on the Greek people, it makes me shed tears. It seems to have the social character of what may have existed in Spain before the various Republican factions were crushed by Franco. It is a call to reason, fairness and justice, but finds no kin in the centers of power in Brussels.

Meanwhile, Germany and the northern EU countries appear unconcerned with the rise of fascism in Greece even though a failure of the Syriza project may bring it to the fore. Greece is not the only country experiencing this phenomenon and France and Germany should be acutely aware of the danger. That the EU seems to be backing Syriza into a corner to bring about its failure says something profound about the neoliberal economic system that dominates international relations. Syriza needs all of the help, sympathy and good will they can get from the rest of the world, but actually existing capitalism almost ensures that media companies will keep that sympathy from developing.

Despite the fact that austerity will shrink the Greek economy further and reduce revenues making it impossible to retire a corruptly landed debt, the Troika will force this great nation into squalor. Zeus is no mood for mercy.

Perhaps a successful and peaceful exit from the eurozone can be made. Let us hope. This is painful to watch.

The Inevitability of Peaceful Revolution. 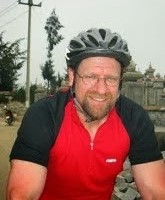