A Shaman’s Journey to Goddess. 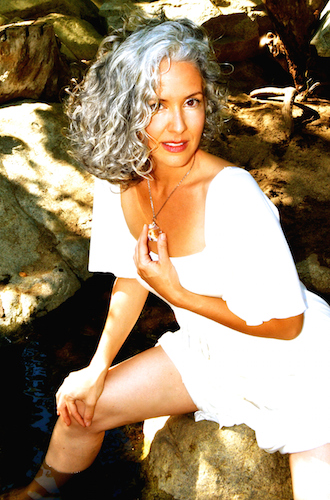 Shamanism is an ancient, Earth-based healing modality traditionally used in many parts of the world.

It can be likened to a waking dream—usually in the form of a narrative or journey—that heals and transforms energy. This work is traditionally done with the attendance/assistance of spirit guides and/or angels by initiated parties, and is devoted to moving energy in accordance with nature and the highest good.

This is an account of a recent shamanic experience in which I was able to act as my own shaman in order to resolve and heal some energetic remnants of my childhood abuse. Through this work, which was co-facilitated by my husband who is also a shaman, I was able to heal wounds so deep and unconscious that I scarcely knew they were there, and at last found true freedom from the paradigm of abuse that had left its traumatic imprint on my being for many years.

As this paradigm left my body and being, I had an intense physical experience of “dying” and moving into an entirely new version of self, which is a testament both to the deep neurological and physical implications of trauma/abuse and the incredible power of journey work.

I was some funny combination of a bird and a miniature helicopter, flying crookedly and haphazardly in the sky. I crash-landed into a murky, stagnant lake of dirty brown water, filled with mosquitos and other bugs; my wings becoming stuck in the mire.

As I struggled to break free, a giant, ugly cockroach started encroaching upon me, looming closer and closer. I recognized the cockroach: it represented the unaligned energy of a man who began abusing me at age 11, and whose presence was somehow still lingering in my energy field all these many years later, despite much healing work.

As he relentlessly approached, I thought about what I should do, and remembered that in past dreams I have dealt with such intrusive energy by fashioning a light ball with my hands, and placing it into said intruder’s chest in order to remove it from my field. (This is what is known in shamanic parlance as “compassionate depossession.”)

I struggled to fashion a light ball with my broken bird wings and tried to push it into the cockroach’s chest, only to have him laugh tauntingly and begin to play with the light ball. He turned over on his big black back and bounced the light ball up and down with his legs, laughing and mocking me the whole time.

Then he popped the light ball like a balloon with his sharp claw, turned back over, and proceeded to grow into a 20-foot tall, extremely menacing version of a Darth Vader-like bug man. He used his gigantic size, relative to my broken tininess, to intimidate me as he stepped closer, his black shadow covering my broken body.

As he drew ever nearer, I suddenly remembered Who I Am, and my power dawned on me like a star lighting me up from the center of my being. As soon as I remembered, I proceeded to start transforming and growing into an enormous, imposing White Goddess. Simultaneously, he began to shrink, becoming smaller and smaller until I was huge and he was tiny, reversing the situation. I looked down upon him fiercely and noted that he looked like one of my son’s plastic Darth Vader toys, and he proceeded to roll up roly-poly style into a little black ball at my feet.

I felt the overwhelming sensation to kick the ball right out of my vision.

“Is it really aligned with love and the highest good for me to kick him?” I asked myself, and instantly received the answer, an overwhelming yes. So, I kicked the ball, hard enough to eject him from my space, and watched him roll away, his exoskeleton clattering, only to ultimately explode into many sparks of white light and vanish from my field.

I then walked out of the murky lake and on the water’s edge, I came upon an object that looked like a combination of an old-fashioned broom and a rose. I intuitively knew it was a symbol of the ancient powers that the wise women held. I picked it up and gently slid it into my chest until it became an integrated part of my being.

I noticed an opening into a deep, gigantic underground cavern and I felt compelled to enter, so I did. Once inside, I found thousands of “witches”—women with crooked fingers engaging in the stereotypical behaviors of “evil,” cackling, casting spells, tossing strange ingredients into a cauldron. It was the typical hackneyed stereotype of a “bad witch” represented in the movies time and time again.

I became very impatient and began to wave my hands at each of them, gesturing for them to get up off the blackened cave floor and stand tall. “We don’t have time for this! Arise and become…arise and become!” I repeated. As I did so, each of the “witches” began also to transform into beautiful White Goddesses, hundreds upon hundreds, and we marched out of the cave together into the sunlight.

As we made our way out to the open sky and Earth, the healed Goddesses began healing yet more Goddesses, and even the leaves and flowers on the trees began blooming simply because of our collective joy and presence. “Arise and become!” we continued to repeat, as we marched through the forest together, an entire army of White Goddesses celebrating and healing the Earth.

The end. And the Beginning. <3 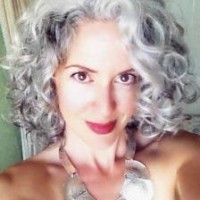