From User to Abuser: How Society helps Create Drug Addicts. 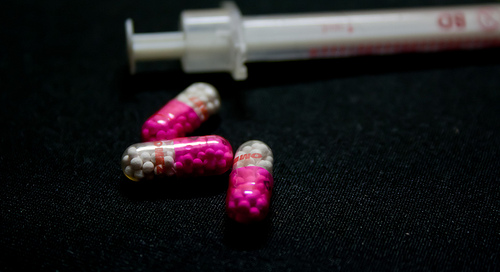 At what point does a drug user become a drug abuser?

At what point does any kind of drug use pass the point of being “acceptable?”

Everyone has a different view of “acceptable” drug use, usually shaped by cultural and societal norms.

For some, acceptable drug use includes only alcohol and tobacco. For others, recreational marijuana.

Many people shun alcohol, tobacco and illicit drugs altogether while consuming large amounts of caffeine or prescription drugs—is this really any different?

Whatever your personal stance is on “acceptable” drug use, most people have a definite idea about what they consider unacceptable.

Someone’s drug use has passed the point of what society deems tolerable—so, what next?

As a society, do we support them or scapegoat them? Has the USA’s War on Drugs had a positive outcome in terms of our attitude toward drugs users, or has it made things worse?

The differing answers to these questions can be contentious, but studies have shown time and again that societal rejection and condemnation of drug users can play a major role in turning those users into abusers.

Many parents, for example, dismayed to learn their child is using drugs, react with “tough love,” which can sometimes feel like rejection. Similarly, firing someone for taking drugs is standard practice at many companies, as is expelling students for using drugs or drinking alcohol.

When faced with the shame and denunciation that comes with being “a person with a drug problem,” it is easy to retreat further into the refuge of drugs and alcohol. Then, without the support of friends, family or co-workers, someone may make the leap from user to abuser.

With no job to make ends meet, desperate people can turn to crime and in the minds’ of many, the only thing worse than being an addict is being an addict who’s been in jail.

The recent case of baseball outfielder Josh Hamilton is a classic example of the difficulties in dealing with addicts. After drug and alcohol abuse took him off the baseball diamond from 2003-2005, Hamilton resuscitated his career in spectacular fashion until he recently suffered a relapse involving cocaine and alcohol.

MLB’s Joint Drug Prevention and Treatment Program calls for longer suspensions with each new violation, but is discarding him like this going to have any type of positive effect?

Considering that Hamilton has said in the past that using is the closest replication of the high he gets on the baseball field, denying him the chance to experience that natural surge of adrenaline is surely counterproductive.

It’s important to remember that addiction, like any chronic disease, never goes away—it lurks below the surface and can return at any time. Hamilton voiced this back in 2007, saying,

“I never forget that I’m living with addiction. It’s just part of my life.”

People must remember that Hamilton—like other addicts—doesn’t have a problem with self-control, he has a disease, and that surrendering to that disease isn’t shameful.

Like all addicts, Hamilton needs help and compassion from those around him, not punishment or judgment from society.

Hamilton is lucky that none of his issues with drugs have resulted in a jail sentence—many others are not so fortunate.

One effect of the War on Drugs—which has cost American taxpayers around $1 trillion—has been the dramatic rise in incarcerations. In 2010, around 1.65 million people in the US were arrested for drug violations, with four out of five arrests due to possession.

Nearly half the individuals in federal prisons are there for drug offenses.

Do non-violent drug users really need to be segregated from society in the same way as violent offenders? If someone’s only crime is using, possessing or selling illicit drugs, are they such a real threat to the safety and security of this nation?

Campaigns such as Support Don’t Punish exist to raise mindfulness about the ways that the societal disgrace of drug use and extreme measures of punishment only make things worse for people who, aside from using drugs, are generally law-abiding citizens.

Nearly 45 years after the War on Drugs began, America’s drug problem is no better, and the harsh punishments inflicted on users have wreaked destruction on the people they were supposed to be helping.

The susceptibility of many drug users should not be ignored and as a society we should move on from detrimental politics and prejudice. The priority should always be on the health and well-being of the individual, and the focus should be on support.

Criminal convictions and stigmatization only lead to further social exclusion, and it is this which can be most damaging to a vulnerable drug user.

4 Surprising Facts about Drug Use in America. 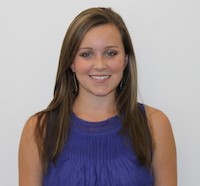