How Vedic Meditation Changed My Unhealthy Attitude about Work. 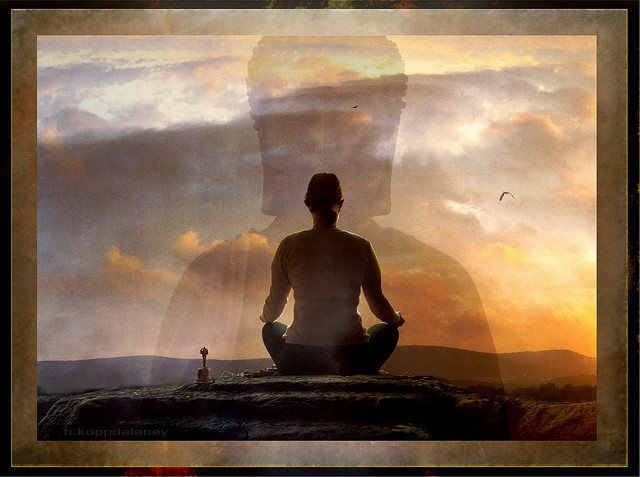 I wish the link between my intuition and brain was stronger.

For years I’d wanted to start my own business but the thought had lazily ambled around the back of my mind constantly being suppressed by fear, the thought of hard work and beer. By the time I’d reached my thirties my body was telling me in no uncertain terms that I should stop trying to fill it up with wine and over a course of a few years, I slowly started to listen.

There’s always a tipping point, a catalyst that pushes us over the edge where we say enough is enough, it’s time to sort my life out. Mine was waking up in a park after a night out, complete with a mini bonfire constructed from an assortment of items from an all night gas station. Alcohol can be surprisingly creative.

As I sat on the bus on the way home with early morning gym bunnies staring at my soot-covered face, I decided then and there that I’d had my fun, it was time for work and lots of it. I wanted to make something of my time on earth and had the feeling that life was somehow passing me by. Obviously I was in no condition to begin my endeavours then and there, so I went to bed.

I woke with a clear head and started to make my plans. I handed in my notice at work the following week and set about the daunting task of setting up my own business. The initial stages were extremely liberating filled with excitement and a healthy dose of “holy crap.” But there’s something incredibly alluring about being your own boss. Being in charge of your own destiny is incredibly motivating.

For the next 12 months I worked like a man possessed. I was fortunate enough to sign clients, got off to a fairly good start and stayed well clear of parks and impromptu bonfires, but with all good things there was a price to pay, and stress was my newly found friend.

I’ve never been an anxious type so the sudden barrage of thoughts, emotions and worries was something of a surprise. In the space of a few months I’d gone from being a carefree vagabond to someone who worried about finances, tax, employment, new business, office space and the general demands of starting a business from scratch.

My main motivation wasn’t financial or grandiose images of world domination, but simply not to fail.

This particular mind set is neither healthy nor sustainable, for me anyway. Being afraid of failure isn’t fun or motivating. It’s exhausting and rubbish. In my eyes it was leading to a life of little enjoyment, hard work and very long hours. And for what? Something needed to change and that voice of reason came in the form of an invitation to attend a Vedic meditation class in London.

Now I’m English and most of us have instilled upon us from an early age that quiet stoicism is a noble virtue. We don’t need outside help, and even if we did we would never admit it. Smile nicely, doff your hat to strangers and keep your troubles to yourself. We’re English, we drink tea and make small talk about the weather. So armed with a certain “I don’t need this attitude” I set off for my introduction to Vedic meditation.

I found the initial group discussion and the premise of meditation intriguing, but in the same way I’m intrigued about space and science things. I don’t want to become an astronaut or bubble things in a test tube, but the world and particularly the people in it can be delightful and incredibly interesting.

People talked about their motivations in life and what they hoped meditation could do for them. A wide array of wishes ranging from addressing insomnia to anxiety that was heartfelt and surprisingly candid. It made me think about my own aspirations, how work was taking over my life and especially how stressful the previous year had been.

After the introductions we were taken away one by one to be given our own mantra. Uniquely chosen based on who we are and what we want to achieve. With the mantra allocated (I can’t tell you what mine is, it’s a secret) we were taught how to use it and began our first meditation.

Each meditation lasts for a period of 20 minutes and at first I struggled to switch my brain off. Strange thoughts kept popping into my head (including Ronald MacDonald which was a bit weird), but as the session progressed I felt for the first time in ages completely and utterly relaxed.

All thoughts of work disappeared and when I finally opened my eyes everything, literally, seemed brighter.

Objects had a clearly defined edge around them, I noticed the colours in the room, the contented expression on everyone’s face and for the first time that day I heard the birds singing outside. I know it all sounds a bit hippy trippy, but I don’t care, it was a very enjoyable experience and who can argue with that?

After the two-day course was completed I vowed to keep it up. Every morning and every evening I look forward to my 20 minutes. I’m starting to learn that when our bodies are free from stress, all the happy hormones like serotonin kick into gear and while it’s possible to read about these chemical changes in text books, the actual experience is often quite euphoric.

Meditation’s effect on my work has been the most surprising aspect. Now and for the vast majority of the time I love what I do. Yes, I still have those days that make me repeatedly smash my face into the keyboard, but they are few and far between. I now focus on one task at a time. I enjoy doing it and do everything I can to make sure it’s done properly. Then I simply move onto the next “thing to do.”

I’m happier, more content and have been known, on occasion, to simply start laughing for no apparent reason. Considering I live on my own, this could be seen as troubling.

The easiest way to describe what meditation has done for me is that the world, at times, feels the same as it did when I was a kid—full of intrigue, hope and without the slightest hint of stress. 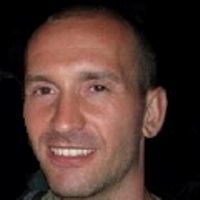