Maybe Gluten is Not the Devil after all. 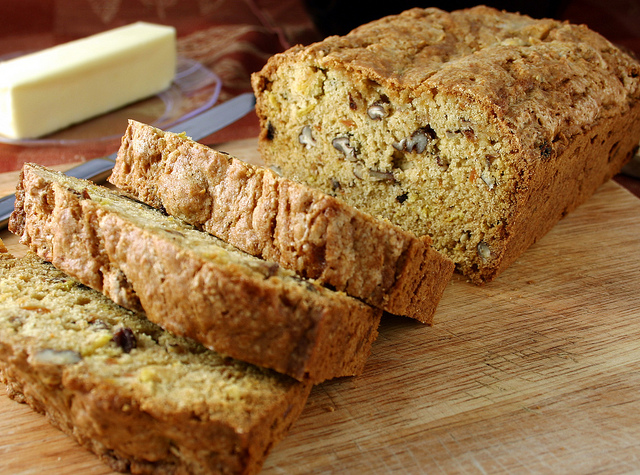 “Gluten is the big unforgivable sin these days. It is being perpetuated and accused of being the ultimate villain to well being. We are not so sure we agree with that. But then again, we know that not all gluten is created equal.” ~ President, Berlin Bakery

All my life I have loved bread and I’ve eaten a lot of it—I’m Italian.

And then, after years and years of hives, indigestion, joint pain, restless legs and more hives, I finally thought I had it figured out—I was gluten intolerant.

Bread, or the gluten in it, was giving me all my problems. A doctor confirmed that I did not have celiac disease, which is an entirely different thing than gluten intolerance, and over time, I got used to the no-gluten-in-the-diet thing.

My symptoms disappeared and, of course, I became convinced that gluten was the devil. Then one of those happy accidents occurred.

I went on a plant-based diet and was following a recipe that I had found in my new vegan cookbook that called for spelt flour. Because I was new to vegan cooking, I just assumed that spelt flour was gluten free flour, kind of like garbanzo bean flour—I was wrong. I must have made that recipe a half dozen times before I discovered that spelt flour actually had gluten in it.

Wait a minute! How could it have gluten in it? I wasn’t getting any symptoms. Then, literally, out of the blue, I got an e-mail from the people I had ordered the spelt flour from that asked me some eerily timely questions:

Is it bread that’s making you sick or is it what’s been done to bread that is making you sick?
Is it the Vital Wheat Gluten that is now being added to almost every bread on the grocery store shelves?
Is it the hidden GMOs in the ingredients?
Is it the modernization of wheat from the amber waves of grain to the dwarf wheat of today?
Is it the rancidity that takes place in freshly ground flour that is stored unrefrigerated or the chemical preservatives used to keep it from quickly turning rancid?
Is it the breeding methods that have taken place over time that has changed the genetic makeup of wheat that has led to tenfold increases in yields from that of only a century ago?
Is it the dough conditioners and additives and artificial colors that are used to help create the illusion of a big bold healthy/hearty/whole grain loaf of bread?
Is it the synthetic vitamins that are added to replace the ones destroyed in the refinement and milling process?
Is it the hormone-like substance or “plant growth regulators” that are being applied to the wheat?
Is it the collection bins sprayed with insecticides and or perhaps it’s the fumigation method (a toxic concentration of gas) used to remove any pests from the grain bins?
Is it poor soil preparation or a lack of a good crop rotation plan?
Is it the use of herbicides and pesticides?
Is it the disappearance of the old fashioned stone grinding method that has been replaced by high speed steel roller mills?
Is it the lack of using a cooled air drying system to dry the grain that causes the protein in the grain to become damaged?
Is it the preservatives that are added to bread to increase shelf life?

“Interesting”, I said to myself. “Very Interesting,” and tried another recipe (or two) with the spelt flour and guess what?

Had I found a “cure” for my condition? I’m not a scientist nor a doctor, I don’t know. I only know that whenever I ate gluten before (using store bought flour and products or eating from a restaurant menu), my symptoms would return immediately. When I ate items I made myself, using spelt flour raised by a small family farm, my symptoms did not return.

What I am thinking these days is that maybe gluten itself isn’t the devil after all, maybe it’s just the guys it hangs out with that makes it that way.

For me, I’m going to continue trying spelt flour in other recipes and keep checking my symptoms. Just to be able to soak a big piece of chew, crusty bread in the olive oil and vinegar dressing at the bottom of a salad bowl again, makes it all worth it to me!

Check out my recipe for Lucious No-Knead Italian-Style Spelt Bread!

Relephant bonus: Should we all consider a gluten-free diet?