Picking Up the Broken Pieces of Addiction. I was changing the water in my goldfish’s bowl recently when I slipped on splattered water and dropped it on the kitchen floor.

I scrambled to find the fish a temporary home and then tried to grab the fish that was flipping from side to side on the glass-filled floor, not knowing how crucial every second was. Finally, I grabbed his fin and dropped him in water-filled Tupperware. Later, I found a nice crystal bowl, filled it with filtered water and gave him his food.

My mind at ease about the fish, I went back to the kitchen to clean up the glass. First, I grabbed and threw out the large chunks. To tackle the shattered smaller pieces, I used a large broom, a hand-held broom, a dust-buster, wet paper towels, anything to make sure I got every last bit.

This small incident was the perfect metaphor for my life as a recovering addict.

I’m what I dub the “accidental addict.”

I never fathomed that “it” would happen to me. I never went looking for it and when I did get hooked, it wasn’t to the “hard stuff” or even the “soft stuff.” I got addicted to pills, all kinds of pills that were always initially prescribed to me for my host of physical and mental ailments. But with those pills, I went overboard, way overboard—first gradually, then rapidly and progressively.

I am proof that the only good thing about addiction is that it isn’t prejudiced. I had everything going for me. Everything was perfect, on the outside (and I thought on the inside as well). But all that, as I’m discovering, was part of the problem.

Seemingly overnight, everything shattered like that fish bowl. I was the fish, flipping like crazy, struggling for life, but too out of control to let someone grab me and put me in water to survive. And six years later, I’m still picking up the broken pieces. As I told my son not to walk into the kitchen barefoot, I have to tell myself every day not to walk alone into my brain. I have to tip toe in there holding hands with only a few who know the terrain.

I began by throwing out the big chunks of glass and started saying a long goodbye to my old life. But I couldn’t deal with the hundreds of scattered pieces of glass. So instead, I fell into a depression that fueled my addiction into a raging fire that no one could put out.

Consciously or not, I strayed as far away from perfection as possible. I lay on that glass-drenched floor, oblivious to all the cuts I was getting. The last six years were filled with physical, emotional and mental horrors that I wouldn’t wish on any living creature, goldfish to human.

Yet, now that those horrors seem to be nothing but a nightmare that I’m slowly waking up from, I still stand on that kitchen floor, with the broken glasses visible everywhere, no matter how much I sweep, wipe and discard. Every piece of glass is a part of my life. A person, an opportunity, a pain, a chunk of time; each piece is one of the hundreds of aspects of my life that were affected and will never be able to be glued back on.

The wreckage of the fish bowl breaking took days to clean up. The wreckage of addiction will take a lifetime, and will possibly never be cleaned up. There will always be a piece of glass not obvious to the naked eye.

Few people understand that an addict doesn’t want to be an addict, especially the many addicts who didn’t fall for the winking lure of recreational drugs but fell prey to the supposed cure of prescription drugs.

Nowadays, the epidemic of prescription drug abuse is widely known and doctors are extremely cautious. When my problem was surfacing, this was not the case. The plethora of information wasn’t available. All I had to was say I had insomnia, pain or anxiety and out ripped a doctor’s prescription pad. It wasn’t, “Take two of these and call me in the morning.” It was more like, “Just take these.” And call me in two years when you’re mourning the loss of your life. I had no idea I was playing with fire. I thought I was putting out a fire.

My therapist often asks me who I’m angry at.

I could list so many names, I could give her the answer I know she wants to hear: “myself.” But really, I’m angry at addiction itself. I’m angry at this disease that destroys lives with no mercy, senselessly, unfairly. I can think of no other disease through which a person suffers on every level: mentally, physically, emotionally, spiritually, socially, economically, then gets blamed for it. It is ruthless.

Addicts are usually liars and manipulators. It comes with the territory, part of our survival mode. But flip the fish over. Just as there are underlying causes to addictions, most addicts are also self-critical, vulnerable, overly sensitive and too smart for their own good. And terrified.

Whatever bad you’re thinking of us today, we thought of it more brutally of ourselves yesterday. The key is how to channel the emotions and intellect.

Despite the struggles that no one fully understands, I am now thankful for this disease.

I still struggle in obvious and not-so-obvious ways every day. Sometimes I cut myself with a stray piece of glass. It hurts. But silently, I just squeeze until it stops bleeding and move on. I’m tangled in a contradictory web of resentments, self-blame and amends. So I have to remind myself that forgiveness is at the crux of recovery. It is a slow process of forgiving everything and everyone, especially myself, all those who are a reminder of my open wound.

I have to forgive, but I can never afford to forget. It’s a “process” and I’m a work in “progress,” but one “P” is no longer in my vocabulary: “perfection.”

I have to constantly remind myself that this is not about others. It’s about me.  It is my kitchen floor; my broken glasses and the more I clean it up, the less others will be affected, the more invisible it will all become to them.

Regardless of our shortcomings, our flaws, our issues, our personal journeys, we are all the same. For one thing, we all have them. As an addict, I am no different from you. We are all intrinsically the same. We are not goldfish. We are human: complex, flawed, loving, intelligent, struggling to get a glimpse of our own personal definition of happiness in this routine, crazy giant fish tank.

I have walked many roads less travelled. And despite my invaluable inner journey, I still hate addiction. But I owe it a lot, glass by broken glass.

The Addiction We Don’t Discuss. 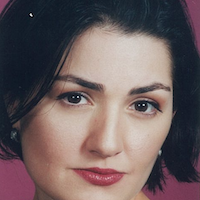