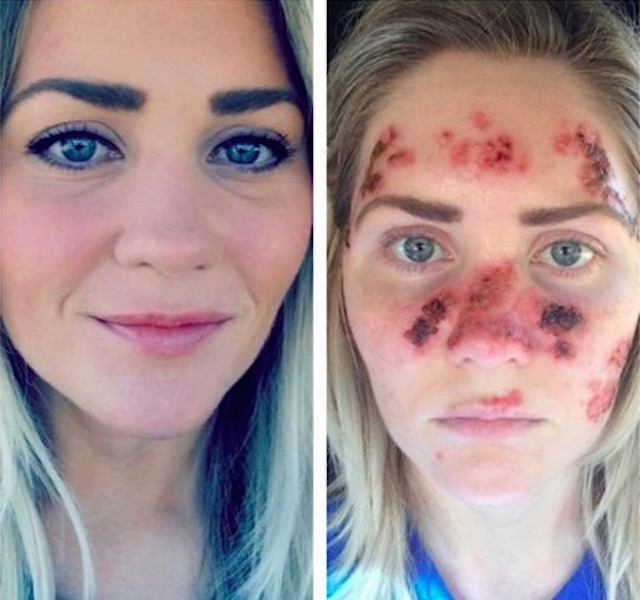 *note: All of this story is Tawny Willoughby’s words based on multiple interviews with her.

When we are young we believe we are invincible.

As if the mere mirage of youth is enough to stave away the terrors of real life that come from impending adulthood. We feel on top of the world—but all it takes is one second to have that world come crashing down around us.

For one woman, Tawny Willoughby, her life was irrevocably changed by the decision to start suntanning.

This is her story.

I always felt insecure about my pale skin when I was growing up.

I have two sisters who have darker complexions than me, and when I heard people tell them how beautiful they looked with a tan—I thought that I needed a tan to look beautiful as well. It wasn’t just that though. I am from a small town in rural Kentucky––the kind of town where everyone knows everyone and a lot of emphasis is placed on looks.

I started tanning when I was 15-years-old, in part because of the image I wanted to maintain as a cheerleader for my high school. At one point, it became more normal for me to be tan than my natural color. Tanning even became a competitive thing between the girls to see how dark we could get. 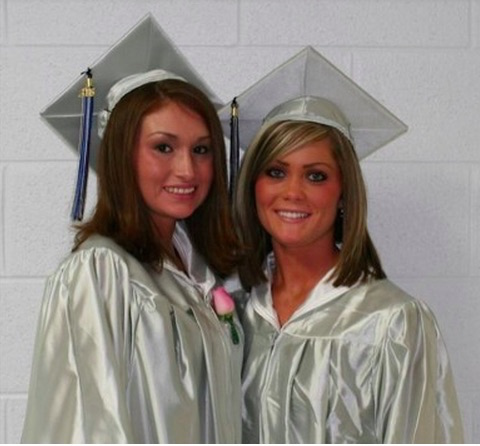 I tanned in beds and in natural sunlight. I would lie in a bed during the Spring, Winter and Fall months two to five times per week for up to 20 minutes at a time. During the summer I would mostly tan outside unless I missed several days in a row and then I would visit a bed.

If I had an event like homecoming, I would tan even more regularly.

Tanning vastly improved my self-esteem. It is actually really sad for me to look back and think about how uncomfortable I felt in my own skin. It has taken me years to become comfortable and confident with my natural skin color. I see pictures of myself now from high school, and I wish someone could have gotten through to that girl––I wish I had realized the damage I was causing my skin.

When I was 20-years-old I had noticed a spot on my shoulder that looked like a small sore, smaller than a pencil eraser. It bled occasionally and then would scab and look as if it were healing, but never really did.

During this time I had a chance meeting with a student from one of my nursing pre-requisite classes who told me she had been diagnosed with Melanoma. She showed me the scar on her leg and I told her about my tanning habits. Because I was concerned about the spot on my shoulder, she referred me to her dermatologist for an exam. Prior to the appointment I had Googled skin cancer images and although it was small—the spot on my shoulder looked exactly like Basal Cell Carcinoma.

It crossed my mind that I could have skin cancer, but I was still fairly certain that something like that would never happen to me.

I was very nervous the day of my first exam. I had explained to the doctor my prior tanning habits and said I wanted a full body exam. I mentioned to her the spot on my shoulder and wanted to make sure she looked at it.

As she inspected it, I saw the expression on her face change.

She said it indeed did look suspicious and took a biopsy of the area. She said I would be notified of the results in about a week. Up until this point I felt tanning was a luxury. Now I actually felt guilty and as the numbing wore off the biopsy site and started to sting—so did my decision to ever start tanning in the first place.

A few days later my phone rang in the middle of class so I stepped out to answer it and in between hearing the words Basal Cell Carcinoma and surgery, I somehow found myself standing in the middle of the men’s restroom looking at myself in the mirror as I hung up the phone.

I couldn’t breathe. I couldn’t understand how this had happened to me, I was young, and felt healthy––how could I have skin cancer?

Up until this point I had felt invincible.

Now I didn’t care if it was the slowest growing and mild form of skin cancer—I didn’t want it. I was upset, pissed off and ashamed all because of my decision to tan. 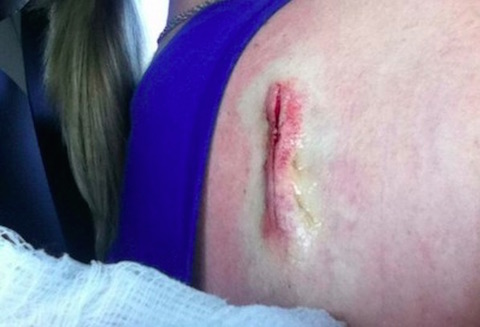 Within a few days I had the area removed by Electrodessication and Cutterage, and was warned to discontinue tanning immediately and to start taking better care of my skin, including daily sunscreen use.

This experience made me realize that I have to respect and take care of my body.

Although at the moment I am cancer free, I know that can change in a moment. Since my first diagnosis I have been diagnosed with Basal Cell Carcinoma five times and recently the more severe Squamous Cell Carcinoma once.

My biggest fear is to die from Metastic Melanoma and lose time with my family, husband and my son -I don’t know what the future holds for me.

I spend a great deal of time worrying about how much I may have shortened my life based on the decision to tan, and once I became pregnant that was only amplified. Because of my son I began looking at life differently and thought more about how small seemingly insignificant decisions can have such long term lasting effects on our lives. 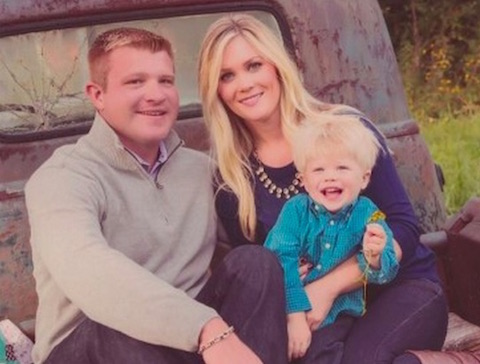 As much as I try to move past it, I find myself angry a lot of the time. I am angry that society tells teenage girls that tan is beautiful. I’m angry that even though we may hear tanning causes cancer, it seems no one takes it seriously or even knows what exactly that would mean for them.

The scariest thing about sun damage is that we don’t know how much damage we’ve done or how our bodies will react to it. Usually it takes about 20-30 years for skin cancer to develop, but the damage stays with us and will emerge in its own time.

We could stop tanning today and still get skin cancer 20 years from now because of the damage we did yesterday.

This is something I want to make people aware of.

I want people to hear my story and realize that it could happen to them, that youth and beauty are not protectors against getting cancer. My hope is that by sharing my story, people will be able to make a more informed decision for themselves.

If people can learn anything from me, then I hope it’s to take care of the skin that they are in––because it’s the only one we will get.

More Pictures of Tawny’s Life Before and After her Diagnosis: 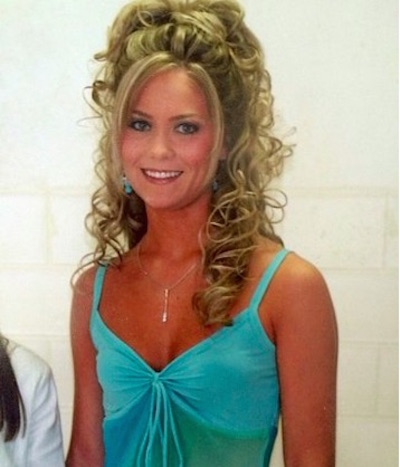 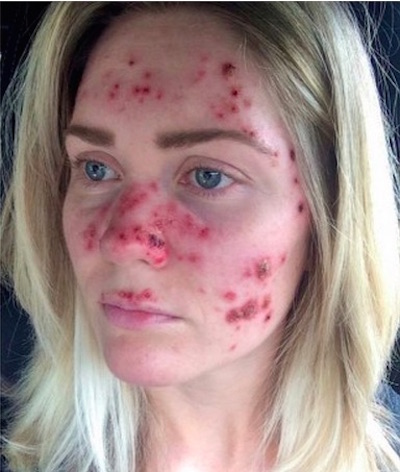 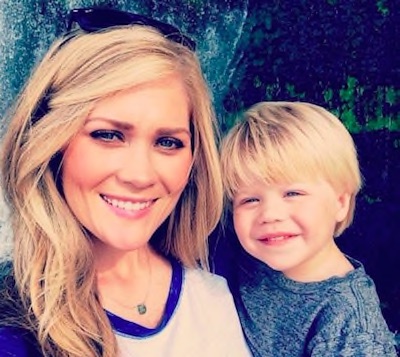 6 Lessons I Learned from Losing My Brother to Skin Cancer.