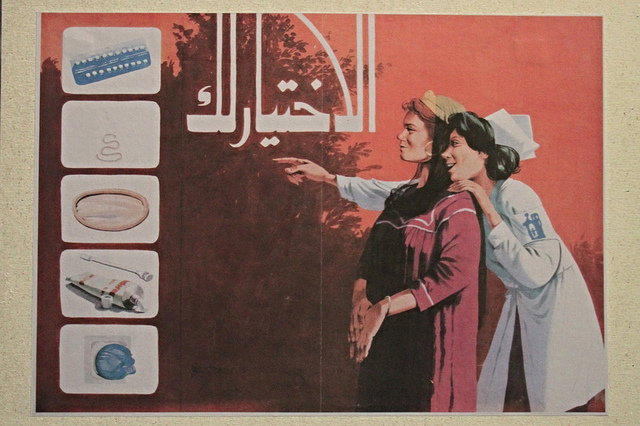 When women first had access to the pill, it was a revolution.

We felt liberated, as if we finally had control over our bodies and the reproductive choices that we wanted to make. It meant that we could choose to sleep with the cute guy on Spring Break and not be worried about getting pregnant—but what if the choice to take the pill is really affecting how we live in and take on the world in ways we didn’t intend it to?

“A feminist is any woman who tells the truth about her own life.” ~ Virginia Wolfe

I had been on hormonal birth control since the age of 16 because of ovarian cysts. I don’t feel I even had a conscience choice at that point as to what it meant to start taking the pill. Once I started being sexually active, I realized the obvious benefits and choose to stay on it. Even after having my first child, I went back on the pill. It wasn’t until after having my second child at the age of 30 that I started thinking about what it really meant to take something artificial and put it in my body every single day. I decided to research it and then made the choice to go hormone free with the IUD.

I couldn’t be happier that I did.

Almost immediately I noticed differences in my mood, my body and of course, my sex drive. It took a while for my body to regulate on its own, but considering I had been on hormonal birth control for almost half of my life, it was expected. After about a year I noticed that my body had begun to cycle itself with the lunar cycles.

According to the Red Tent Women’s Project, a woman’s body is controlled by the moon—much like the tides. When left naturally we will often regulate so that our menstruation occurs at the full moon when traditionally it’s a time of release. Likewise, about two weeks after is the new moon, which is when women on this cycle are at their most fertile (and have the highest peak in their libido) as it is a time for planting the seeds of new beginnings.

It is said that when a woman bleeds with the full moon, this mode of cycling enhances inner expression, intuition and the development of the inner, spiritual life. It’s about getting in touch with our amazing inner divine feminine energy—which we all have.

Because of the affect that going off the pill had on me and my life, I wanted to share what I had learned through my research with other women so that we might all be able to make an informed decision regarding our bodies and our health.

The scent of a woman:

In doing my research I found that the gene major histocompatibility complex (MHC) is responsible for us sniffing out our potential lovers. According to studies on Live Science, the most successful couples are those that have different MHC smells. However, studies have found that when women are on the pill they prefer guys with matching smells.

The hormonal ingredient in birth control literally affects who we are attracted too and choose to start a life with.

We are all really just animals, and taking a pill every day masks our scent and changes the way our brain interacts and interprets the scent and taste of potential lovers.

As silly as it sounds, my ex-husband blamed me going off the pill for us getting divorced and now I am seeing that maybe he wasn’t so far off. While I am sure it’s not the only reason, when I did go off the pill I absorbed everything around me differently—including men. I had been on hormonal birth control for our entire relationship, so there is a possibility that I choose a different partner than I would have because my MHC gene was altered.

According to WebMD there have been numerous studies since 2010 documenting the effects that birth control pills have on a women’s sex drive. They say that the change is not a positive one and usually results in the pill killing our sex drive. The longer a woman is on the pill the more her natural sex drive will be decreased as well. Studies say that the change occurs because the pill tricks our body into thinking that it is already pregnant, so there is not a great need to reproduce, which affects our desire to get it on.

We all have heard about the sex drive differences between men and women, but what if we were unknowingly doing it to ourselves by taking our birth control every day? There isn’t a person out there (I hope) who would choose TV over a steamy love making session, and we already know the benefits of having great sex every day are numerous. For many women who are on the pill for decades, finally coming off of it can have them feeling like they are a different person.

When I went off birth control, I couldn’t believe the difference in the dramatic increase in my sex drive. I went from wanting it maybe a couple times a week to multiple times in a single day. I started wondering if there was a lover out there who could keep up with me. Granted I am older now and also coming into my peak, but how I think about and approach sex is very different now as well. For me, I know that the pill did affect my libido, and for that reason alone I am glad that I am now hormone free.

Too much of a good thing:

Studies say that although the birth control pills that are out now are significantly less strong than those first introduced in the 1960’s, they still carry artificial estrogen and progesterone which affect how our body functions on a daily basis. As women get older we naturally will thin down a bit and loose the soft plumpness of our youth. However, even if we don’t gain weight on the pill, (although many do), those of us on hormonal birth control tend to weigh more than those women that don’t. Again, this is because of the effect of tricking our body into thinking it is pregnant, so it thinks it also needs to hold on to a little more ‘fluff’ than really is necessary.

Another side effect that research shows that isn’t so pleasant is the pill can wreak havoc on our moods and emotional responses. There is no shortage of jokes about women being overly emotional, and while some of these are based in patriarchal humor and stereotypes, having an excess of estrogen in our bodies really can make us irrational. Women who take the pill are more likely to experience PMS and lash out irrationally at those close to them. This is because the increase in estrogen literally affects our brains and how we respond to dramatic or emotional situations.

For me it truly was a mind, body and soul transformation after ending over a decade of hormonal birth control. I was never one to have unwarranted emotional outbursts, or to be completely irrational, but I do remember a feeling of calmness after I stopped the pill. I felt like I had greater control in my emotional response time, and that I thought things out rather than just jumping to the first conclusion.

If you’re a woman who has been on birth control pills for an extended period of time, I challenge you to just go off of it for a few months and see what happens. Our bodies were made beautifully, flaws and all. I love the fact that my body is now exactly as it was intended to be—no artificial ingredients.

Whatever you decide, just remember, the choice is yours.