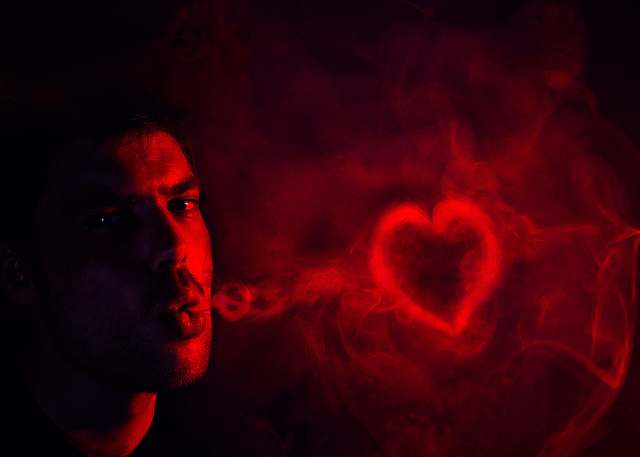 Most of us know the hesitant male.

These men have been conditioned through their environment to not step out as they really want to, but to keep it inside. It’s safer, but leads them to living a life that is not their own.

Women end up in a dance with these men, which is inevitably dissatisfying for both.

These men are not weak, they just hesitate to trust themselves; in relationships they tend to struggle with being criticized, disappointing their mates and feeling a deep degree of shame.

Most hesitant men don’t realize they set themselves up to be treated this way. We teach people how to treat us and when there is an overwhelming fear of failure, we can create just the right circumstances to fail over and over, on purpose.

Yes, based on a belief system that states over and over a lack of worth, or confidence when it comes to showing up in a masculine way in relationships.

To move out of hesitancy and trust themselves, men have to take risks.

All men have the propensity to be an alpha male.

Not an obnoxious, arrogant jerk, but a man who inspires respect, is confident because he accepts himself and trusts his decisions. The empowered alpha male practices self-care, listens and speaks thoughtfully, apologizes easily, because he’s not in fear of repercussion; he lives an authentic existence.

Hesitancy is the result of conditioning, perhaps as a child there was no acceptance by the adults, especially a female in the environment, for who the boy was. He was made to feel he must fall in line and fit in. Or he may have had an absent father or an emotionally overbearing mother, who depended on him to fill her needs.

He never got to cross over into his true authentic self, into manhood. Setting him up to seek out a mate who would simultaneously validate and invalidate him. Feeling as though, someday, somehow his mate will wake-up and see how wonderful he truly is, but it rarely happens that way.

The dance we all do with others is on an unconscious level, we attract where we currently are with our insecurities, especially if we are trying to hide them. If we feel life controls us, rather than we control ourselves, we end up in a game of control with our mate.

The hesitant male is often in a waiting game of needing permission to go in the direction he desires on a deeper level. Does this mean he is not successful? Most I have met are successful in business, it’s their relationships where the problems arise.

Mark was a workaholic client of mine, there was never enough he could do for his wife. She constantly nagged him with criticism over his shortcomings. Even though they had a beautiful home, plenty of material things and she didn’t work, it was always a tug of war over him fitting into how she wanted him to be and his resistance. He questioned himself all the time, thinking of some valiant effort he could make, but never taking action. He would talk himself out of it, preferring to avoid confrontation or negotiate with her (and not follow through with his promises). Neither had what they wanted, because there was an unwillingness for either to be responsible for how they each showed up, in effect they blamed each other.

Greg was another client of mine. He was single and dated women looking to get married. He grew up in a large family where love was not expressed, but assumed and where he was expected to fall in line. He never asked questions of a deeper nature, yet he couldn’t figure out why after three months of dating this one woman, he was still there. She was like many before her: insecure, controlling and dramatic. Greg was ditching what he really wanted in favor of instability. He shrank with the heaviness of trying to control her critical outbursts from throwing him into a battle with her. He hated losing control, or admitting he was wrong; he didn’t want to give her ammunition and at the same time, he couldn’t leave.

In Robert’s mind, everything was tied to his girlfriend; she had the power, he had none. If he overate, it was her fault. If he felt shame, it was her fault. If he was defensive over what he didn’t do, it was her fault. And so on. At the same time, he withdrew and paradoxically needed her approval. He grew up with a mother who told him to toughen up, and that he must fulfill the role she set forth for him. Robert never embraced his uniqueness and never felt he was doing the right thing or in charge of his life. People liked Robert, he seemed in control to others, so it was often surprising to them to find he operated in his relationship from  scarcity, fear of loss, feeling unworthy, undermined and totally unable to accept responsibility for himself. He rejected himself rather than accepted.

All three of these men believed they were hopeless, but once they connected with their inner knowing—life changed.

In just connecting to that unnamable something, which existed within them, they could each get out of their own way. It took work, because a comfort zone of misery can be hard to give up, but who they authentically were became more important to trust than staying in a stalemate. They learned to communicate their truth; stopped manipulating, hiding, and allowing themselves to get pulled into unwanted drama.

Each finally recognized how they set the stage for their problems.

If the door is open, we slowly stick our foot into the possibility that we can feel different, we can act different and in essence be loved for who we truly are, but it starts with us and all the parts we reject.

For the hesitant male, he must self-validate, so he must learn to give without over-giving to people please and gain validation, but instead give from the place of true masculinity.

*Names within this article have been changed to protect privacy.