What I Was Told: Arabs hate Jews. 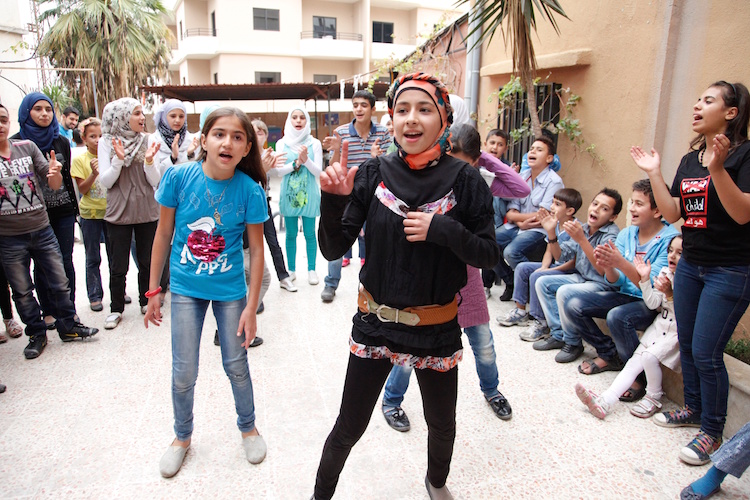 Growing up in Upstate New York in a progressive Reform Jewish family, I absorbed the understanding that Arabs hate Jews. In fact, I was told they would really prefer to have all Jews pushed into the sea, never to be bothered with again. I am not exactly sure where I heard this. I do not recall a specific individual informing me of this accepted truth or hearing it in my weekly Hebrew school classes or Shabbat services at temple.

Nonetheless, it was a part of me. It was a part of what constituted the challenge of being Jewish in this day and age. Indeed, not only this day and age. Jewish history is rife with Jews encountering irrational urges to eradicate or drive them away, most indelible of these being in Nazi Germany. Thus, the understanding was passed to me that throughout history, it is a Jew’s lot in life to be on the receiving end of hatred and, right now, it is the Arabs in particular who possess the fierce animus toward Jews.

You can then imagine my discomfort upon approaching the Turkish-Syria border: what if the Arabs on the other side were to discover my heritage? It won’t be that difficult. I kind of look the part of the classic Jewess: dark kinky-curly hair, blue eyes, swarthy skin tone, “Jew-nose”…what else could I be?

In my mid-20s I participated in a global peace pilgrimage, starting in Los Angeles, California and ending in Hiroshima, Japan. We mostly walked, but at times skirted oceans and some landmasses by plane, boat, or, as in the case with Turkey and the Middle East, hitchhiking. We spent two weeks crossing Turkey, completely enthralled with its stunning and breathtaking landscape.

Nearing the border, I noticed that I began to feel a little nervous about my Jewishness because when encountering others it was customary to exchange identifying particulars. The same occurs when meeting people in the U.S. We like learning about each other: What kind of work do you do? Are you single, married, divorced, etc.? Where does your family originate from (what is your ethnic origin)? And so on. This is true wherever one goes. We desire to know how to categorize the individual standing before us. Questions such as these were asked almost every day in each town and village throughout the journey.

As our little band of hearty travelers drew closer to the Syrian border, I recall the internal dialogue that began occupying my mental space in a desperate attempt to help prepare for these questions once I stepped into “enemy territory.”

On one hand, I was comforted with having had literally thousands of encounters along the way, nearly all of them exemplifying basic truths about humanity: people are good; people are kind; people are caring for strangers; people are curious. That is not to say that exceptions do not exist, as we all know that they do. What my experience told me at that point (and to-date) is that people typically do not hate others just because of differing beliefs or ethnic origins. This, of course, bolstered my confidence.

On the other hand, I could not shake nor dismiss the warnings I had integrated as a child. In fact, the beliefs that I held were so deeply ingrained that I considered them truth, not opinion or something to be argued—they were the way things are.

Back and forth I went: “Could people all of a sudden turn dark and ugly just 10-miles over the border?” Impossible to imagine. Nonetheless, I could not deny that I experienced anxiousness at the prospect of facing these questions. What might happen when they discovered my ethnic origins?

In the Grips of Fear

In the lovely seaside town of Latakya I began interacting with everyday Syrians who were nothing like I had imagined them to be. I expected dark, brooding, a little sinister, and “up to no good.” To my surprise, they were, of course, nothing of the sort and, in fact, the complete opposite. Kindness radiated from person after person. We could hardly walk down a single block without being stopped a dozen times and invited for a (ridiculously sweet) cup of tea.

We had certainly experienced incredible kindness and friendliness in pretty much every country we had walked through (some countries like Bulgaria, less so, and others like Serbia, more so), but nothing could have prepared us for what we encountered in Syria. They were off the charts in friendliness. The fear in my heart began, ever so slightly, to slacken its grip.

Without even realizing, until that moment I had been holding tightly to an impression about a people with whom I previously had no contact. When face-to-face with the real live version, the perception within my mind had no choice but to fade away, replaced by this much more accurate, vibrant and lustrous version.

Even while my heart was opening to the people who offered nothing but warmth, I retained some caution because I had not yet revealed to them my ethnic heritage. I anxiously hoped the question would not arise so that I would not be forced into the uncomfortable position of having to choose between lying and risking putting a damper on the hospitality I was enjoying.

Of course it was only a matter of time before the question arose since everyone wanted to practice their English and engage in conversation, asking all the questions they could assemble with the English they had mastered.

I remember the first time. My mind fully muddled: lie or tell the truth, I could see the value of both options. Knowing that I had to respond, I defaulted to honesty, and watched carefully how the person took this information.

Growing up Jewish, I had been taught (via actions more than words) how important it is to pay close attention to non-verbal cues. Jews have endured abrupt changes of heart throughout their history (at least that was what I gleaned from stories at pretty much every Jewish holiday), and have, over the centuries, become quite adept at reading moods, noticing subtle non-verbal cues, and having highly tuned antennae for danger. This helps not to be caught by surprise next time their standing should take an unanticipated nose-dive, as it has so many times before.

My highly tuned sensors detected nothing. Not a thing. In fact, my new-found friend quickly moved on to the next in the series of getting-to-know-you questions. Phew! My heart eased further, as the fear melted.

In dozens of interactions throughout Syria, Jordan, the West Bank (Palestine), Egypt and Pakistan, all places that are Arab and/or Muslim and presumably have antipathy toward Jews, unsurpassed hospitality and kindness reinforced these initial impressions.

Looking back on time in the Middle East, I recognize this as a transformational period. I now understand quite viscerally how fear can distort one’s view of the world. Fortunately, I had the opportunity to experience Arab culture for myself and have replaced mental images of monsters with real live people. Until that experience, I was unaware of the magnitude of the fear I had been clinging to. What a relief to let it go. Engaging with Syrians, and all Arabs, as one individual to another, I discovered that humans are humans everywhere one goes; it is as simple as that.

I am Israel, I am Hamas. A New Rosetta Stone of Consciousness From Ancient Egypt?